A recent Wall Street Journal opinion piece by Kimberley-Strassel was depressingly reminiscent of events currently taking place in Israel—at least in principle if not in detail. The overall theme of article was the (ab)use of the nation’s law enforcement bodies for political ends. Thus, Strassel cites the words of Attorney General William Barr, writing “…there have been increasing attempts to use the criminal-justice system as a political weapon.”

Sadly, this appears to be very much the case today in Israel as well

Thus on Sunday, after months—even years—of preparation and cultivation of public opinion, of media buzz, of prejudicial punditry, and pretrial rehearsals, the curtain finally went up on the long-awaited performance with the Prime Minister Benjamin Netanyahu’s appearance in the Jerusalem District Court on charges of breach of trust, fraud and corruption

For anyone with a modicum of common sense, a sense of fair play and intelligence slightly above that of log of wood, it is clear that the indictments—and now the trial—together with the carefully orchestrated buildup that proceeded them, are little more than an attempt at a carefully choregraphed coup—with the law as a prop .

The “creative” legal precedents that allowed novel allegations against the Prime Minister, undeniable discriminatory prosecution and selective enforcement, together with the persistent and perturbing reports of interrogatory excesses and extortion of witnesses, all combine to form disturbing mosaic of abuse of power, designed to use the law to achieve what could not be accomplished at the ballot box: The removal of Benjamin Netanyahu from office.

The judiciary as an alternate government

For decades, the unelected bureaucracy of the law enforcement agencies in Israel, including the judiciary, has acted , as one prominent left-leaning jurist put it, as if it was an “alternate government”, imposing its world view on the elected polity—often in stark contradiction to its electoral pledges made to voters.

Thus, in his book, Coercing Virtue, the prominent jurist, Robert H. Bork, a former US Court of Appeals judge, who taught constitutional law at Yale Law School and served as Solicitor General and Acting Attorney General of the United States, strongly criticizes judicial activism both in the US and Israel. Indeed, it is Israel that he sees the county most afflicted by the phenomenon of judicial overreach.

Accordingly, Bork laments: “There would seem to be less and less reason for the Israeli people to bother electing an legislature and executive; the attorney general, with the backing of the Supreme Court can decide almost everything for them…”(p.120).

Lately however, and particularly in the wake of the blatantly inappropriate mistreatment of Netanyahu, there are emerging signs that the public is not longer prepared to meekly accept this ongoing phenomenon of judicial overreach—and the assumption of judicial infallibility that underpins it. Moreover, and arguably more significantly, there are even indications that the members of the bench are aware of the growing public disaffection with perceived judicial excesses. Thus, after the unexpected unanimous restraint of 11 High Court justices in the recent ruling approving Netanyahu’s eligibility to form the current coalition, one evidently disappointed and virulently anti-Netanyahu columnist wrote that: “… the justices knew they are fighting for their very legitimacy”

Indeed, as an indication that such caution was not always characteristic of the High Court, retired Justice Eliyahu Matza rebuked his successors for rejecting petitions to disqualify Netanyahu, proclaiming: …[I would] have certainly ruled in favor of the petitions—and not just me. I am convinced that several of my retired colleagues who, served on the Supreme Court in the past would have also endorsed the petition”.

Pressure for the judiciary to adjudicate, not legislate

Accordingly, there appears to be evidence that the weight of public disapproval of what is perceived as arrogant judicial insensitivity to public sentiment is finally beginning to tell.

It is therefore imperative to sustain this pressure in order to restore the judiciary to its duly assigned place in a properly functioning democracy—to that of adjudicating disputes on the basis of existing law and not that of formulating new laws on the basis of its own world view. 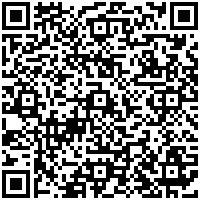