It’s morning in Ra’anana, Israel, one of the country’s most Anglo-Saxon towns which looks like a strange melange of New Rochelle and Petah Tikvah. There are only two topics of discussion here, as in most of Israel’s middle class clusters, the folks that belong, children of the system: the coronavirus which, like the monster in the final scene of every horror movie leaps from the ground all crazed and ready to kill again after you thought it was done for; and the race riots in 40 or 50 major US cities which, inevitably, include news of Jewish property destroyed by raging mobs.

It’s like the Middle Ages all over again. Black plagues and pogroms.

On Friday night, as fires raged around the White House in Washington, DC, secret service agents took President Trump down to a bunker, which means they fully expected the rioters to breach the building’s defenses and try to kill the president.

The news was kept secret for an impressive two days, until it came out on Sunday. And I understand why the administration was trying to hide this from the public: because it can’t get much worse than that and these United States still remain the union we’ve known and loved.

Granted, nothing happened, and the president was ushered back upstairs unscathed. But as the NY Times reported, Trump spent Sunday in seclusion, the White House remained almost empty, and the president did not deliver a speech to the nation as his advisers suggested he should. It is possible he had been too shaken up by the personal risk to his own life to muster the power to calm down the American people.

Looters have completely destroyed what seems to be a local liquor store. They were still grabbing stuff when I went inside to take a look: pic.twitter.com/4HEiKu3xSw

The message was received across America, and in most places it meant the burning and the looting continued. A fire was also set in Lafayette Park, in front of President Trump’s window, where a thousand protesters raised their fists at the man across the street and burned an American flag.

In Manhattan, high end stores, like Chanel on Spring and Wooster streets in Soho and Coach at 685 5th Ave in Midtown, were looted. New York looters take only the best. Curfew was imposed in dozens of US cities, and the National Guard was activated in 26 states as well as in Washington, DC. There was confirmed gunfire in Detroit and Indianapolis, and at least five people were shot dead. Add to that a black protester in Omaha, Nebraska, who was killed by a local business owner.

Also in Manhattan, on 12th and Broadway, Mayor Bill de Blasio’s daughter, Chiara de Blasio, 25, was arrested at 10:30 PM Saturday for blocking traffic. The cops asked her to get out of the intersection and she refused to budge, so they arrested her. On the night before her arrest, the mayor tweeted: “No one is above the law in our city, not even those charged with enforcing it.” Fair enough.

Jewish and Israeli news outlets are spending their resources bringing their niche readers reports on the Jewish angle of these race riots, and there are a number of them: in Los Angeles, for instance, where a synagogue was defaced and Jewish owned businesses were attacked. Young Jewish men in tzitzis stood on the curb in LA, cheering a caravan of sheriff patrol cars that came to save the day Saturday night (Watch LA Jews Cheering the Arriving Cavalry). And in Minneapolis, Minnesota, where it all began, it was a progressive Jewish mayor trying his best to put out the fires.

But the George Floyd riots were not about Jews, nor were they about the Arabs and other ethnic minorities that found themselves dragged into the news against their will. It was about race relations in the US, that relentless dragon that’s been clawing America’s back for 400 years, which all of us, American Jews, have feared and been its occasional collateral damage, even though none of the asylum seekers from the pale of settlement in Russia had ever traded slaves for a living.

The riots will subside eventually, as will the pandemic. Come November, Americans will either replace President Trump over his job performance or keep him on because the alternative is not up to par. And even this horrific chapter in US history, the episode where more than 100,000 die in an epidemic and race fires burn across the urban horizon – will not be enough of an impetus for American Jews to take a leap of faith and come home.

Like most of my Jewish brothers and sisters, I am inflicted by the messianic bug. You don’t have to be an Orthodox Jew or even a religious Jew of any other denomination to have the messianic bug. It works just as well if you’re a Marxist, or even if you fanatically fight against the Jewish State of Israel. It doesn’t matter. I have been waiting all my life for a messianic outcome of this portion of the history of the world. But messianic fervor is no substitute for reason. As an observant Jew who believes that the messiah will come today, and if not today then certainly tomorrow, I also wish to say that I pray the messiah will not come riding a fiery race riot that consumes America. We’ve had one of those already, within the lifetime of many of us. I do not pray for this grotesque outcome at the end of Jewish history.

Strangely, it is the anti-Zionists among us who have offered a psychologically astute response to our frustrations, as religious Zionists, at the fact that our fellow Jewish brothers and sisters aren’t afraid enough to make aliyah. They have recited to us that wondrous verse from the Song of Songs, rife with passion and longing, urgency and sadness: “I beseech you, daughters of Jerusalem, by the deer or the gazelles of the field, that you not arouse or awaken the love until it is desired.” (Song Of Songs 2:7).

And so, to answer my opening question, just how long is this madness going to go: for as long as it takes until the love is stirred up in all of us. We don’t need an American catastrophe to boost our dreams of Zion. American Jews will either realize it’s time to leave and resettle in their homeland (very nice properties available in Ra’anana), or they won’t. But I respect the same American Jews enough to assume that they’ve watched all the TV reports on the riots that I have, and probably Schindler’s List, too. Now it’s up to them. 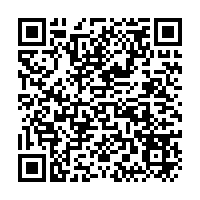