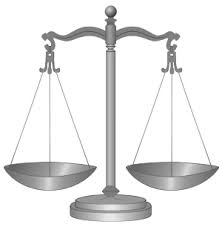 The IDF looks for every possible way to maintain peace even if the very heavy cost is the complete loss of deterrence.  Major General (res.) Yitzhak Brick, former Commander of the IDF Military Colleges and IDF Ombudsman,  recipient of the Medal of Courage in the Yom Kippur War, in  Enough rounds of fighting in Gaza, it is time for victory Aug . 23, 2022


The recent “Breaking Dawn” operation vividly underscored the pernicious paradox that has characterized Israel over the last five decades.

On the one hand, the country displays indisputable tactical and technological brilliance; on the other, it seems chronically afflicted by gross strategic imbecility.

While some might find this harsh assessment excessively severe, consider the massive enhancement of Israel’s tactical-technological capabilities since the 1967 Six Day War and the commensurate degradation of Israel’s strategic position over the same period.

After Israel’s stunning victory over the combined forces of six Arab armies and the widespread international admiration for it that came in is wake , who would have imagined that it would be in the position in which it finds itself today: With armed enemy militias deployed within mortar range of the nation’s parliament and with Israel—and the very notion of Jewish national sovereignty—under savage global attack, undermining its legitimacy and even its right to exist as a Jewish nation-state.

Thus, while Israel has been making amazing strides in developing incredibly sophisticated technologies and achieving remarkable tactical accomplishments, the Arabs have succeeded in shearing off large swathes of territory from Israeli control. Thus, despite wallowing in backwardness and failure, they have advanced inexorably closer to Israel’s metropolises, industrial hubs, and major population centers relative to the situation that prevailed in the immediate aftermath of the 1967 war.

Significantly, many of Israel’s recent technological marvels were in fact developed in large measure to deal with threats that only arose because of policies born of strategic myopia. For example, the much-vaunted Iron Dome defense system was, in great measure, the result of the urgent need to contend with the rapidly growing missile and rocket threat that emerged following the ill-advised abandonment of the Gaza Strip.

Likewise, the construction of the ultra-sophisticated, billion-dollar barrier surrounding the Gaza Strip was constructed in response to the maze of underground attack tunnels that proliferated once the IDF pulled out of Gaza—leaving the terror organizations unprecedented degrees of operational freedom to pursue projects they could never have undertaken had Israel’s military remained deployed in the enclave.

Indeed, had anyone, in 2005, warned that Israel would be facing the threats it faces today, they would have doubtlessly been dismissed and denounced as radical right-wing scaremongers.

The perennial defect in Israeli strategy—particularly, but not exclusively with regard to Gaza—has been based on the faulty perception that the Palestinian-Arabs should be treated as potential peace partners rather than as implacable enemies. This spawned an additional—and equally faulty—assumption that, in general, the Palestinian public is the unfortunate victim of its bellicose leadership, rather than the societal crucible in which that leadership was formed, and from which emerged.

Hopelessly out of touch

Just how hopelessly out of touch with reality Israeli leaders are, was underscored by the rebuttal of then-Defense Minister Avigdor Liberman’s 2017 offer to turn Gaza “into the Singapore of the Middle East” by a senior Hamas official, Mahmoud al-Zahar.

Liberman proposed building a seaport and an airport and creating an industrial zone that would help produce 40,000 jobs in the Strip—if Hamas agreed to demilitarization and to dismantling the tunnel and rocket systems it has built.

The Hamas response was quick to come. Zahar dismissed it derisively, sneering: “If we wanted to turn Gaza into Singapore, we would have done it ourselves. We do not need favors from anyone.”

“Why did Hamas reject an offer for a seaport, airport and tens of thousands of jobs for Palestinians? Because Hamas does not see its conflict with Israel as an economic issue. The dispute is not about improving the living conditions of Palestinians, as far as Hamas is concerned. Instead, it is about the very existence of Israel.”

He added caustically: “Hamas deserves credit for one thing: its honesty concerning its intentions to destroy Israel and kill as many Jews as possible. Hamas does not want 40,000 new jobs for the poor unemployed Palestinians in the Gaza Strip. It would rather see these unemployed Palestinians join its ranks and become soldiers in its quest to replace Israel with an Islamic empire.”

The irrelevance of Palestinian prosperity

Those who subscribe to the rationale underpinning Israeli strategy undertaken hitherto appear to cling to the belief that the bulk of the civilian population resents Hamas and would—if it could—willingly cast off its authoritarian control of their lives—especially if such a development were accompanied by enhanced economic well-being.

However, such naïve optimism does not only fly in the face of Zahar’s brusque rebuttal of promises of increased prosperity and employment from senior Israeli politicians, but is utterly refuted by the results of public opinion surveys conducted by reputable Palestinian pollsters.

Thus in the immediate aftermath of the Operation Guardian of the Wall (May 2021), despite the heavy damage inflicted on Gaza and its residents, public support for Hamas rose steeply. This emerges from a survey conducted in June 2021 by the Palestinian Center for Policy and Survey Research (PSR) headed by, arguably, the premier Palestinian pollster, Khalil Shikaki.

Palestinian perception of Hamas as victor

Analysis of the survey results unequivocally corroborates these sober appraisals. Thus according to the poll:

Moreover, nearly 95% of the poll participants—virtually total public consensus—felt a sense of pride in Hamas’s performance during the military campaign; while almost 70% expressed willingness to renew the fighting if Israel carried out the court-mandated eviction of Arab residents in the Sheikh Jarrah quarter of Jerusalem.

Almost a quarter of a century has passed since Israel unilaterally abandoned the Gaza Strip—removing almost every vestige of Jewish presence and Zionist industry. Yet, in stark contradiction to predictions and pledges of architects of this reprehensible retreat, it brought neither peace nor stability to either Israeli Jews or Gazan Arabs. Quite the reverse. The threat from Gaza has burgeoned exponentially, growing from the dimensions of a terrorist nuisance to a quasi-strategic threat, capable of disrupting Israel’s international air traffic. Yet despite this, Israeli policymakers have clung stubbornly to the puerile precept, unsupported by either any empirical evidence or any sound theoretical reasoning, that somehow the Palestinian-Arabs will undergo a miraculous metamorphosis, which–for some unexplained reason—will transform them into something they have not been for over a hundred years and induce them to docilely accept the permanent control by the despised Judaic infidel over land they consider their own. Really!!??

Since the 2005 Disengagement, Israel has been compelled to undertake at least four major military campaigns and innumerable minor clashes with Hamas and other even more radical terror organizations in Gaza. In each of these, despite heavy damage inflicted by the IDF, Israel’s adversaries have eventually emerged stronger than before—with capabilities today that would have appeared inconceivable prior to the 2005 Disengagement.

The periods of calm that have followed these clashes have led to a somewhat misguided discussion on whether, or not, the heavy damage and casualties inflicted on Gaza and the Gazans had in fact deterred the enemy from further aggression.

For while it is true that each round of fighting has led to a cease-fire—at times even an extended one, this in no way indicates that any substantial deterrence was achieved, in the sense that the enemy’s will to fight has been decisively broken—as was the case with Germany and Japan in WWII.

In fact, quite the opposite is true!

The Gazan terror groups have exploited the interbellum lulls in fighting to regroup, rearm and redeploy—to emerge with their capabilities enhanced and their willingness to reengage undiminished.

This is precisely the repetitive pattern followed by Israel in the conduct of Operation “Breaking Dawn” earlier this month August 2022).

Israel displayed remarkably accurate intelligence capabilities and impressively precise use of technological munitions to launch surgical strikes against the Palestinian Islamic Jihad (PIJ) leadership. Yet, despite an overwhelming preponderance of military might in favor of the IDF, it was unable to silence the fire from Gaza. Indeed, even with its leadership decapitated, the PIJ, armed only with primitive weaponry, showed it could still rain down hundreds of missiles until a mutually agreed truce was reached.

Once again, Israel permitted its terrorist enemy to survive, inflicting only what its adversary considered “acceptable losses”, permitting it to lick its wounds, replenish its arsenal and rebound, spoiling for a fight—again.

Time to “smell the coffee“

In its quest for lasting peace, or at least, durable non-belligerence, Israel has tried virtually the entire gamut of possible policies—from a negotiated withdrawal, via unilateral retreat, to periodic mowing the lawn (i.e. recurring use of moderated military force to quell terrorist violence when it reached excessive levels). None have brought about the desired result. Indeed, not only have they been unproductive, but at times, even counterproductive, making the odds of attaining the intended objective, more remote.

Yet none of this seems to have penetrated the minds of Israel’s political leaders—who resolutely refuse to relinquish fatally flawed formulae—and to wake up and smell the coffee. Three decades of trauma and tragedy have passed since the Oslo Accords, and almost two since the Disengagement. Surely by now the inconvenient truth, however unpalatable, should be have begun to dawn—even on those reluctant to recognize the recalcitrant realities that govern the clash between Jew and Arab for control of the Holy Land.

Clearly, Operations Cast Lead (2008-9), Pillar of Defense (2012), Protective Edge (2014), Black Belt (2019), Guardian of the Walls (2021), and most recently Breaking Dawn (2022), together with countless interim skirmishes, have done nothing to advance progress towards a lasting cessation of hostilities. Neither will future operations of similar nature—whether they are dubbed “Rolling Thunder”, “Bolt of Lightning” or…”Smoke and Mirrors”.

There is a simple—indeed, brutally simple—political algorithm that governs the recalcitrant reality in Gaza. It is—or should be—clear that Israel cannot determine events that emanate from Gaza unless it controls the territory from which they emanate. It cannot determine who rules Gaza, or how it is ruled—unless it rules it itself.

Recognition of this calls for an entirely different strategic decision-making paradigm from that adopted up to now. For, within the new frame of reference, elements that were once considered virtues will become vices—and vice versa.

It dictates that Israel must take, hold, and govern the Gaza Strip indefinitely. This of course immediately raises the question of how to do this while avoiding “ruling over another people”.  This is an issue I have dealt with extensively – see here and here. In turn, adopting my policy proposal raises yet another question: How is such action to be facilitated?  Here again, I have written extensively on how to generate such facilitating conditions – see here.

In summation, the lesson of Gaza is that Israel must forgo the forlorn hope of winning Arab amitié. It must pursue different strategic goals.

Sadly, the maximum it can hope for is to be grudgingly accepted as an invincible rival; while the minimum it must achieve is to be greatly feared as a ferocious adversary, never to be trifled with.