With Columbia University having recently established the very first Center for Palestine Studies (CPS), the Jewish community – especially Jewish donors – has failed miserably. We have been sleeping at the wheel for way too long.

CPS is co-founded by Columbia University’s Edward Said Professor of Modern Arab Studies Rashid Khalidi, an infamous academic surrendered to revisionist history for the Palestinian cause. Notorious for his hate rhetoric, Khalidi was dismissed in 2005 from the NY Teacher’s Training Program because of his controversial views in support of terrorism. He is a documented terrorist sympathizer who justifies any Palestinian resistance against Israel, including murderous suicide terrorism. In Khalidi’s world, Israel is to blame for everything and innocent Jewish blood is callously dismissed.
Joseph Massad is also associated with the center. Massad made headlines for bullying Jewish students, as was documented in the film, “Columbia Unbecoming.” For example, he demanded to know from an Israeli student in the middle of class how many Palestinians he had killed. He was only recently granted tenure after much controversy surrounding his odious anti-Israel views, easily crossing the line to anti-Semitism. The Center for Palestine Studies should be ostracized at its inception due to the records of the people involved. But regrettably, not only are these professors respected in this higher institution, they have now been given a platform.

According to Barnard College Assistant Professor of Literature Bashir Abu-Manneh, the goal of the new center is to “focus on the promotion of scholarship in Palestinian history, culture, arts, and literary studies,” and “one of the missions of the center is to inform people about the Palestinians in an academic setting.” Abu-Manneh conveniently omits any reference to Israel or Zionism in his statement, a wily way to not raise any red flags. And the CPS website reflects this strategy. It is filled with references to Palestinian choice words like occupation, settlements, settlers, aggression, and Nakba (day of the catastrophe, or Israel’s anniversary), but is also careful to make no reference to Israel or Zionism. This strategy fools the Jewish community and puts it to sleep. But those who have not been sleeping for the past 62 years know that Palestinian identity can only be defined through Zionism. Palestinian identity was created only to hate and delegitimize the legally established Jewish state of Israel.

A program like this has one agenda: to make Palestinian revisionist history mainstream in academia. And as a bonus, it will likely fan the already hot flames of anti-Semitism, especially on campuses. Many Jewish students identify such a center on campus for what it is: a venue to host and promote anti-Israel propaganda.
Jewish donors must know this: Campus protests are gaining full steam, and becoming bolder and more hatelful against Israel.  They are stepping up their chutzpah in anti-Israel efforts on campus, and added to that is an increase in harassment and hostility toward Jewish students. As Martin Luther King, Jr. understood, “When people criticize Zionists, they mean Jews. You’re talking anti-Semitism.” Palestinian sympathizers have been highly successful in promoting Israel Apartheid Weeks and divestment campaigns against Israel known as BDS (Boycott, Divestment, Sanctions).

It hurts to watch the whole world use lies to attack Israel,but it is frighteningly tragic to fund our own demise. It should not be this way. If prestigious universities are compromising intellectual honesty for a low, dishonest academic “diversity” that spews lies by verbally espousing everything anti-Israel and anti-Semitic, Jewish donors and students have a right – and an obligation to their own people and to Israel – to demand accountability and hold those institutions responsible for the illegitimate propaganda they endorse. This is not about freedom of speech. It’s about academic integrity. 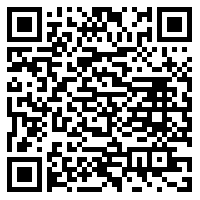