Home InDepth Columns Bring The Bnei Menashe Home To Israel
Share on Facebook
Tweet on Twitter
Several time zones away, in the farthest reaches of northeastern India, live thousands of men and women longing to rejoin the Jewish people.
Scattered throughout the Indian states of Mizoram and Manipur, they follow Jewish law, observe the Sabbath and festivals, and even pray in Hebrew, turning their faces, and dreams, toward Zion.
Known as the Bnei Menashe, they trace their ancestry back to the tribe of Manasseh, one of the Ten Lost Tribes that were exiled from the Land of Israel by the Assyrian empire more than 2,700 years ago.
Despite centuries of wandering, the Bnei Menashe clung to their Jewish heritage and preserved their traditions. They never forgot who they were or where they came from, or to where they dreamed of one day returning.
In 2005, the Sephardic chief rabbi of Israel, Shlomo Amar, formally recognized the Bnei Menashe as “descendants of Israel” and encouraged their return to Israel and the Jewish people.
Over the past decade, more than 1,700 members of the community have made aliyah to Israel thanks to Shavei Israel, the organization I chair.
All have undergone formal conversion by the Chief Rabbinate to remove any doubts regarding their personal status and have been granted Israeli citizenship.
But another 7,232 remain in India, anxiously awaiting their chance to make aliyah. The time has come to put an end to their waiting.
Over the past year, I have been intensively lobbying Israel’s government on behalf of the Bnei Menashe, and I am optimistic that a breakthrough is near.
Both the chief rabbi and Interior Minister Eli Yishai have expressed their support for bringing the remaining members of the community to Israel. All that is needed now is for the Israeli government to take the courageous and historic decision to reunite this lost tribe with our people.
The Bnei Menashe will be loyal citizens and good Jews. They are kind and soft-spoken, with strong family values and a deep abiding faith in the Torah. Nearly all are religiously observant, with a profound and passionate commitment to Zionism.
Only four percent of Bnei Menashe immigrants are reliant on social welfare benefits, which is less than half the percentage of veteran Israelis. They are hard-working and earnest people, and the arrival of thousands of them will be a true blessing for the Jewish state.
Several members of the community in Israel have received rabbinical ordination and now work in outreach, while another is a certified religious scribe whose quill has produced beautiful Scrolls of Esther.
Dozens of others have served in elite combat units, risking their lives in defense of the country.
Simply put, they strengthen us both quantitatively and qualitatively, demographically and spiritually.
Moreover, the Bnei Menashe are part of the extended Jewish family, and we owe it to them and their ancestors, as well as to ourselves, to bring them home.
According to their tradition, after their forefathers were expelled from the Land of Israel, the Bnei Menashe wandered eastward toward China before settling in what is now northeastern India, where they continued to practice biblical Judaism. This included observing the Sabbath and the laws of family purity, circumcision on the eighth day after birth, levirate marriage and sacrificial rites tantalizingly close to those of ancient Israel.
This would not be the first time a lost tribe has been found. Take, for example, the Ethiopian Jews, whose aliyah to Israel was nothing less than a modern-day miracle. When the Chief Rabbinate ruled in 1973 that they were Jews, the decision was based in part on the belief that the Ethiopians were descendants of the lost Israelite tribe of Dan.
Since that historic ruling, tens of thousands of Ethiopians have come to Israel, bolstering the country and adding some much-needed demographic reinforcements to its Jewish population. There is no reason for the Bnei Menashe to be treated any differently.
Recently, the Knesset Committee for Immigration, Absorption and Diaspora Affairs issued a historic decision calling on the Israeli government to bring home the Bnei Menashe remaining in India.
I testified before the committee, and was delighted when its chairman, MK Danny Danon, declared that “it is the Israeli government’s duty and responsibility to bring the rest of the Bnei Menashe home as soon as possible.”
No matter how one looks at it, the story of the Bnei Menashe is testimony to the power of Jewish memory, to that unquenchable pintele Yid (Jewish spark) that dwells deep in the heart of each and every Jew.
Israel, of course, faces many challenges, and the government is busy grappling with various diplomatic, political and security issues.

Michael Freund is chairman of Shavei Israel (www.shavei.org), a Jerusalem-based organization that reaches out and assists “lost Jews” seeking to return to the Jewish people. His Jewish Press-exclusive column appears the third week of each month. 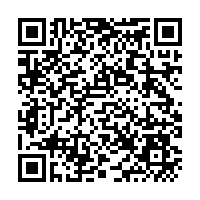