Home InDepth Columns Israel’s Fifth Column
Share on Facebook
Tweet on Twitter
Which super idealists in Judea and Samaria would be willing to trade places with the Jews living in one of Israel’s mixed Jewish/Arab cities? I’m not just talking about Akko, Nazareth, Lod or Yaffo. I’m also talking about up-and-coming Israeli cities like Arad and Carmiel. How many idealistic settlers who have to put up with Arab violence on the roads of Judea and Samaria would be willing to be their neighbors in the same apartment building in one of the mixed cities on Israel’s periphery?
Nobody talks about the creeping Arab conquest inside the so-called Green Line. The people who determine our national agenda live in Israel’s center. They do not feel the harassment of the Bedouins in the Negev or the Arabs in Israel’s Triangle and Galilee. The news editors do not have to guard their sheep at night; the MKs do not have Arabs living across the hall; and the judge’s daughter has no problem going out at night. For all practical purposes, the people who determine what we are allowed or forbidden to talk about live on a different planet.
It is an open secret that the Arabs have been using the time-proven method of blockbusting to take over Jewish neighborhoods. The first apartment in a Jewish neighborhood in Ramle or Nahariyah will be bought by an Arab at an astronomic price – and a Jewish seller will always be found. After that the Jews flee, selling their apartments at any price. The only Jews left are the elderly and those who cannot afford to move elsewhere. And then I receive their letters: the old woman in Yaffo whose front yard has become the local garbage dump for the neighborhood Arabs; the Jew whose car was blocked by an Arab in the middle of Yaffo – and when complaining to a policeman, almost got himself arrested. After all, we all know that the Arabs are the masters of the Land. These and more examples are daily occurrences in Yaffo, just three minutes from Tel Aviv – the planet where the elites determine what we are allowed to talk about and what is forbidden.
Ben-Gurion & Co. established a state so that we could stop being different and start being normal. If only Jews can be Israelis, then we will never be normal. That is why the Israeli needs the Arab to also be an Israeli. The Arab will help him forget that he is a Jew.
It took a bit of time, but the Arabs eventually realized that they have an insurance policy worth gold. They understand that they hold the key to the Israeli dream of normalcy – that because of the Israeli internal psychosis, the Israelis need them. They realize that a pogrom of the 1929 variety is still unacceptable. But other than that – just about anything goes.
In Tel Aviv, they continue to dream the normalcy dream and to accuse anybody who dares to say that there is a problem of racism and incitement. No MK, not even from the Right, dares to broach the subject. And so, quietly and undisturbed, more than 60 percent of Israel’s sovereign territory has already been transferred to Arab hands – inside the Green Line! More than half the social security funds are transferred to pad the Arab population, whose hero was caught helping Hizbullah target Israeli cities in 2006 – and was, of course, released to Jordan. This population pays little taxes. Who wants to risk their lives to collect taxes? They build wherever they please, pollute wherever they please, burn whatever they please and, of course, they vote for the Knesset and have access to top government positions. We are busy fighting for Judea and Samaria, and yet we refuse to recognize the more immediate and dangerous front against the Arab fifth column inside 1967 Israel.
The reaction of Akko’s Jews to the Yom Kippur pogrom may not have looked very good on television, but it prevented similar riots from breaking out. No need to fret, though, as Israel’s media will hurry to remind the Arabs that the future of this land belongs to them. The people on the periphery will continue to pay the price, while the people on planet Tel Aviv will continue to condemn the racists and inciters.
The fundamental solution is leadership that is not looking for normalcy. The solution is leadership that emphasizes our Jewish identity. Paradoxically it is only when the Arabs understand that the Israelis do not need them to help them forget that they are Jews, that we will be able to live here in peace with non-Jews who unequivocally accept the fact that Israel is a Jewish state.
To learn more about Moshe Feiglin and Manhigut Yehudit (Jewish Leadership) and their plan for Israel’s future, visit www.jewishisrael.org.
Advertisement 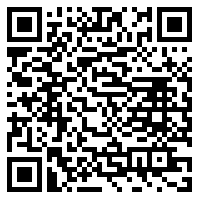