A few weeks ago an IDF soldier shot and killed a neutralized Palestinian terrorist who had just stabbed and wounded an IDF officer in Hebron. The soldier claimed he shot the terrorist due to his fear that the terrorist had an explosives belt hidden under the suspiciously heavy coat he was wearing (it was a mild day).

After a partial video of the event was released by the left-wing NGO B’Tselem, the soldier was promptly pounced upon by Prime Minister Netanyahu, Defense Minister Ya’alon, and just about every leftist in Israel euphoric at the opportunity to nail a soldier with sanction from the higher ups.

Without waiting for an investigation, Netanyahu and Ya’alon figuratively shot one of their own soldiers in a preemptive attempt to placate critics of Israel who look for every excuse to blast Israel for the use of “excessive” force against terrorists.

“Whatever happened in Hebron doesn’t represent the values of the IDF,” Netanyahu said. “The IDF expects its soldiers to behave level-headedly and in accordance with the rules of engagement.” Ya’alon said the soldier’s apparent actions were “in utter breach of IDF values and of our code of ethics in combat.”

Netanyahu and Ya’alon quickly backtracked after an outpouring of Israeli public sentiment in support of the soldier. But the damage was done. And those on the right side of the political divide were swift to point that out. Education Minister Naftali Bennet accused the two of rushing to “dance to B’Tselem’s fiddle.” Yisrael Beiteinu chair Avigdor Lieberman demanded the impeachment of Ya’alon and called the prime minister “spineless.”

No one disputes the need for cases like this to be tried in a fair and equitable manner. But the prime minister’s political calculation, which took the side of a terrorist over a soldier before any of the facts were in, misfired. Not only did it do little to assuage the false claims of anti-Semites against the “oppressive” Israeli army, it further impeded the fight against terror.

Soldiers need to know their backs are covered – or they’ll be less inclined to cover the backs of innocent civilians. If they are forced to quash split-second decisions in their favor as they battle an insidious enemy, they end up betraying both themselves and the people they are protecting. A soldier who dies due to an absurd overabundance of caution for terrorists is a tragic loss of life and a symbol of his army’s diminished will to fight. A terrorist who dies has simply accomplished his goal.

Terrorists do not abide by rules of engagement. And any fool who tries to accommodate them is not only foolish; he becomes complicit in those acts of terrorism himself.

In an era when every Israeli move is scrutinized and demonized, Israel’s leaders need to be especially stalwart defenders of their army. With every knife in the back of a Jew, Israel should defy its critics by doubling efforts to crush the enemy rather than cave to it.

Back in February, Netanyahu slammed Swedish Foreign Minster Margot Wallstrom for accusing Israeli forces of conducting “extrajudicial executions” of Palestinians during the recent wave of violence. Netanyahu would have been wise to maintain a consistent defense a few weeks later in Hebron, because it seems to make no difference to Sweden whether Israeli soldiers are justified or not.

Sweden and other countries hostile to Israel have long pointed fingers at the Jewish state. Whether goaded by outright anti-Semitism or fear of their overwhelming and growing Muslim populations, they seem to believe that every terrorist’s life is worth saving and every Jew’s life is worth endangering.

Likewise, Netanyahu’s protestations against U.S. Senator Patrick Leahy’s recent indictment of Israel rings feeble and false when the prime minister maintains an inconsistent front. Leahy, a longtime critic of Israel, and ten House members sent a letter to Secretary of State Kerry asking the State Department to investigate claims of “gross violations of human rights” by both Israel and Egypt. It’s a move that could potentially threaten U.S. military assistance to Israel.

As a combatant on the front lines of the fight against terrorism, Israel has a moral imperative to powerfully confront the enemy in a battle that goes far beyond its own borders. With Islamist terrorism sweeping the world, Netanyahu’s political posturing in a local Hebron skirmish has regional and even global ramifications.

Netanyahu should be exposing rather than obscuring the suicidal realities of leftist policies. American soldiers in Iraq and Afghanistan long complained of having to fight with their hands tied behind their backs. They too were and are simultaneously fighting a real and figurative enemy. And it would be easier for them to take their cue from Israel as a vanquishing fighter rather than a vacillating wimp.

There are real and tragic consequences to America’s self-imposed constraints on the battlefield. As Islamist terrorism continues to expand, so will the death toll of American fighters who have to consult lawyers before combating the enemy. It has morphed into a military farce of ask questions first, maybe shoot later. 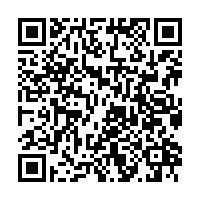