The Ukrainian parliament on Thursday approved House Speaker Volodymyr Groysman as new prime minister, following the resignation last Sunday of Arseniy Yatsenyuk. The new PM was approved by a vote of 257 to 50.

Volodymyr Groysman, 38, was born to Jewish parents in Vinnytsia in west-central Ukraine, on the banks of the Southern Bug, where, in 2006, at the tender age of 28, he was elected mayor. Groysman is married to Elena Ivanovna Groysman. They have two daughters, Christine and Irene, and a son, David.


In 1941, all 28,000 Jewish residents of Vinnytsia and its surrounding areas were massacred by Nazi death squads who executed them in rows over open mass-graves.

After his election, Groysman told parliament, “Together we will make Ukraine successful.” Two months ago, Economy Minister Aivaras Abromavicius resigned after accusing the government of of not doing anything to end corruption. Groysman, an ally of Ukraine’s President Petro Poroshenko, is expected to continue Ukraine’s EU-supported reform program.

Incidentally, there were persistent rumors during his reign that outgoing PM Yatsenyuk is also Jewish, possibly because his parents are known intellectuals (dad is a history professor, mom teaches French). Or as one neo-Nazi website put it: “Jew Prime Minister Arseniy Yatsenyuk to Be Replaced by Jew Volodymyr Groysman.”

Back in 2014, when Groysman was elected Speaker of the House, he was the first Jew to occupy a high political office in Ukraine’s history (unless you listen to the Nazis). Rabbi Yaakov Dov Bleich, Chief Rabbi of Ukraine, said of that appointment: “The significance of this is that it reconfirms that the Jewish community is respected and safe today in Ukraine. That a Jew can be a member of Parliament demonstrates that Jews are part of the regular life of the country.”

Jews constitute about 1% of the citizens of Ukraine. Before World War II, almost one-third of Ukraine’s urban population consisted of Jews who were the country’s largest national minority.

“Whatever Ukraine’s problems are, anti-Semitism is not one of them, now,” said Rabbi Bleich. “In what they call the new Ukraine, it doesn’t make a difference if you are Jewish or not; everybody is working on building a new society.” 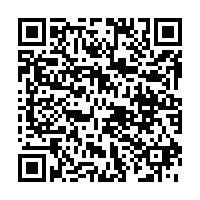