The 3rd grade students at the Beis Ya’akov school for girls in Netanya, Israel, which is part of the Independent (Haredi) school system, on Wednesday received an unusual gift from their teacher on the last day before the Passover break: cleaning rags printed with the school’s name, the multiplication table (1 through 100) and the following ditty (translated from the Hebrew, where it also rhymes):

To the bright schoolgirl,
Who scrubs and brightens with the rag in her hand,
Learn and memorize the multiplication table,
And honor your parents multiple times.


The parents of said schoolgirls told Yedioth Aharonoth the gift is offensive to the girls as well as to their families. They said the message that emanates from it is that “a woman is not too bright and her role is to clean the house.” One of the mothers who’s kids attend the girls’ school, said that if it turns out the rag was actually handed out by the school principal and not as a prank by one of the teachers, she would consider looking for a different school for her girls after Passover. Another mother called the incident “serious” and said “it is inconceivable that a teacher in Israel would express herself in such a way that represses the student’s self-esteem.”

The Netanya municipality issued a statement saying that since the school is part of the Independent system, it is not part of the general public school system programs. However, the city spokesperson added, “the content is entirely contrary to the values being taught by the municipal education administration, which fosters openness, achievement and innovation.”

The spokesperson announced there would be an inquiry with the Beis Ya’akov school management.

The school principal was not available to comment. However, several Haredi sources told the ultra-Orthodox Kikar Hashabbat website that the entire thing is a tempest in a teapot, and there’s no problem with schoolgirls memorizing the multiplication table while scrubbing the house for Passover. In fact, those mothers, instead of being offended, should be proud of their industrious daughters. 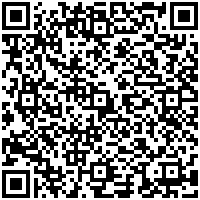