There was a time when what the socialist representing Vermont in the Senate said about Israel didn’t matter much. But the days of Sen. Bernie Sanders being an irrelevant eccentric are long gone. His surprisingly tough challenge to Hillary Clinton during the 2016 Democratic presidential primaries made him the darling of the party’s liberal wing.


That alone would have elevated him to the status of a senior statesman. But with the Democrats essentially leaderless as they begin planning for a 2020 effort to avenge their demoralizing loss to U.S. President Donald Trump, Sanders is making little secret of his desire for another try at the White House. Though he will face a host of a host of other potential challengers, including many who will seek to steal from him the mantle of the candidate of the party’s grassroots, it still sets up Sanders to be a formidable contender in 2020, as well as someone who is viewed as a party spokesman on a range of issues.

That’s why when Sanders publishes videos on his official twitter account denouncing Israel and its defenders, and presenting the “right of return” as a reasonable Palestinian demand and essentially exonerating Hamas for the ongoing violence at the Gaza border, attention should be paid. Whether this is just—as perhaps the dwindling band of centrist Democrats might like to insist—a sign of the senator’s personal extremism or, as other more sanguine political observers might argue, an indicator of the way the debate about the Middle East is increasingly being conducted by many Democrats, the significance of the videos and other statements by Sanders should not be doubted.

While it received relatively little attention as Clinton limped to the finish line in the 2016 primaries, one of the few substantive differences on the issues between the former secretary of state and Sanders was on Israel. Her position was a relatively traditional pro-Israel stance while Sanders was deeply critical of the Jewish state, even to the point of exaggerating Palestinian casualties during the 2014 Gaza war beyond even the false claims made by Hamas.

But Clinton’s defeat—and subsequent party rules changes that will prevent the Washington establishment from becoming unelected superdelegates—mean that the activist base that was already hostile to Israel will have the whip hand in 2020. Their growing strength is also a function of the anger that Trump provokes among Democrats, which has maximized the importance of a “resistance” deeply influenced by intersectional anti-Zionist arguments championed by figures like Women’s March leaders Tamika Mallory and Linda Sarsour at the expense of more moderate elements.

But while all of that jives with the polling that shows the Democrats are split on Israel while Republicans are lockstep supporters, it doesn’t fully explain why Sanders is going so far in his attacks on Israel.

His support was never enthusiastic and often deeply critical. But in the last several weeks, he hasn’t merely revisited his opposition to Israel’s measures of self-defense in 2014.

Last month, in addition to condemning Israel for using “disproportionate” force to defend itself, Sanders also authored a letter signed by 12 other Senate Democrats that demanded the lifting of the blockade of Gaza. It also solely blamed Israel for the plight of the Palestinians living there; it never once mentioned the word “Hamas” or the fact that opening up access to the strip will essentially be a green light to Iran to ship arms and material to the terrorist group.

But with last week’s Twitter videos, Sanders took another step away from even nominal support for the Jewish state.

The voices of the Palestinians are rarely heard. This is what life is like for those who are living in Gaza under a 10 year blockade: pic.twitter.com/pZHOljjDHL

He has adopted the Palestinian narrative about the “Great March of Return” in total. He not only accepts the blatantly false claim that it is “non-violent,” thereby ignoring the use of Molotov cocktails, stones, firearms and incendiaries that have laid waste to swaths of Israeli fields. He also claims that Hamas wasn’t involved despite the fact that it has already claimed responsibility and admitted that most of those killed while attempting to breach Israel’s border fence were members of the terror group.

Indeed, so tenacious is Sanders’s defense of Hamas that his video condemns three New York Times journalists by name (Bret Stephens, Bari Weiss and even Thomas Friedman, usually a stiff critic of Israel) who have pointed out that what the terror group is doing is sacrificing the lives of Palestinians for the sake of a photo op and bad publicity for Israel.

Just as interesting is the way Sanders presents the “right of return” as an unexceptionable demand of people living in misery. As even Vermont socialists should know, “return” means eradicating the Jewish state—something the marchers and their Hamas bosses haven’t been shy about discussing with the media. While his office has claimed that the video did no more than discuss the Palestinian position, if Sanders were really an advocate of the two-state solution, then he might have condemned an idea that is incompatible with any idea of peace, as well as the Islamist tyranny that has ruled Gaza with an iron fist.

In doing so, Sanders isn’t merely taking another step away from the Democrats’ former position as a pro-Israel party. He’s laying down a marker that other liberal contenders in 2020 will have to either match or oppose as they compete for the presidency. What this means is that unlike 2016—when the argument among Democrats was one about how supportive to be of Israel—in 2020 the question may be whether you agree with Hamas about destroying the Jewish nation, in essence rendering the position of the left-wing J Street lobby that, at least officially, saw itself as “pro-Israel “and pro-peace” even more irrelevant.

Pro-Israel Democrats are hereby put on notice that a fight for the soul of their party is about to begin. Those who don’t wish to stand with Sanders and Hamas are going to need to find their voices—and a candidate—if they don’t want their party to become a stronghold of hate against Israel in the coming years. 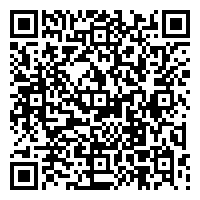