A local Brooklyn elected official has rented beach space from a public college and has announced he will schedule separate swimming hours for men and women in order to accommodate Jews and Muslims who do not swim with members of the opposite gender as a matter of religious conviction. When we heard the news, we immediately wondered whether there would be the usual pushback from the anti-religious left and knee-jerk civil liberties crowd.


But then we remembered the recent revelation about The Wing, a members-only association for women; men cannot join or even enter its facilities, referred to as clubhouses. According to The New York Times, these are “impeccably designed safe spaces for women to work, network, nosh, primp and talk politics.”

Although the NYC Human Rights Commission is reportedly in the middle of an investigation as to whether the modus operandi of the group violates the City’s anti-discrimination laws, it has drawn praise from the New York Civil Liberties Union, Mayor Bill De Blasio and NYC Comproller Scott Stringer.

A spokesman for Mayor De Blasio said he “is fully supportive of The Wing’s mission, and…confident the human rights commission and The Wing can work together to ensure the law is being followed so that The Wing can continue to focus on its important work.”

Comptroller Stringer said, “It is hard enough for women- and minority-owned businesses to get of the ground and we should be celebrating them.” He chided the Human Rights Commission for investigating The Wing, saying it “has limited resources.” “I wonder,” he said, “if this really is a priority.”

The NYCLU, meanwhile, is somewhat tentative about whether its women-only policy is in compliance with anti-discrimination law.

In any event, last week we reached out to all three parties to ascertain whether they held similar views on the plan for separate swimming hours for men and women. It would be important and most helpful if they did. However, as of press time on Tuesday, we had not heard back.

The rationale generally given for the extraordinarily broad net Special Counsel Mueller has cast in the Russian collusion investigation is that it is designed to pressure vulnerable individuals thought to possess relevant information to “flip” and give important evidence against the real targets.

This technique usually involves focusing on people who are materially involved in the targeted wrongdoing itself although at a relatively low level. But Mr. Mueller has yet to charge anyone with a substantive crime. To this point, he has only brought charges of lying to investigators. The only exception involves Paul Manafort, the former Chairman of the Trump Presidential Campaign. He has been indicted several times but for wholly unrelated substantive financial crimes that occurred before the campaign began.

The most recent indictment occurred last Friday and we believe it says more about the Mueller investigation than possible wrongdoing by Mr. Manafort. The Russian collusion investigation is about a year-and-a-half old. If Mr. Mueller is still trying to pressure Mr. Manafort, clearly he still does not have sufficient evidence to charge anyone with collusion.

How long, remind us, does the Mueller mandate run? 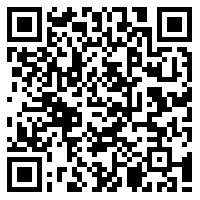