In theory, a planned “Virtual March on Washington” should have united the country behind the idea of racial healing. The march was intended to commemorate the historic 1963 event best remembered for Dr. Martin Luther King Jr.’s “I have a dream” speech, as well as to draw attention to ongoing concerns about racial prejudice and police brutality.


But when the march goes live, leading Jewish groups will be conspicuous by their absence. At one point, it appeared as if the Jewish Council on Public Affairs—the umbrella group of Jewish Community Relations Councils around the country—and the Anti-Defamation League were thought to be participants. Indeed, Tablet magazine’s Liel Leibovitz blasted them for planning to do so in a scathing column.

But as it turns out, both have opted out of the march once they realized that veteran race-baiter Al Sharpton was the driving force behind it, rather than being just one more voice among many. The presence of Tamika Mallory, the former president of the Women’s March and an open supporter of Nation of Islam leader Louis Farrakhan, on the platform was also a deal-breaker.

While there is much to criticize about the organized Jewish world’s eagerness to join forces with those pushing the radical agenda of the Black Lives Matter movement, the decision of these groups to stay away from the event is a positive development. If even the ADL understands that this event is a bridge too far for them, then perhaps the mainstream Jewish world can still be counted on to fulfill their responsibility to continue its battle against anti-Semitism.

The decision of these groups to stand apart from an event which, unlike its illustrious predecessor, is clearly tainted by the involvement of radicals comes in the context of the continuation of increasingly violent Black Lives Matter demonstrations and disturbing acts of intimidation by protestors, especially in the wake of a controversial shooting of an African-American man named Jacob Blake in Kenosha, Wis. Jewish liberals are still determined to align themselves with the BLM concept and are eager to oppose Trump. But it may be possible that some of them are beginning to see that the shocking behavior surrounding the protests and the accompanying culture war aimed at suppressing free speech requires them to separate themselves from a movement that is antithetical to the interests of the Jewish community and the nation.

Jewish groups were inclined to join the march because it is in keeping with the community’s legacy of support for civil rights and equality. Leading groups like the JCPA and the ADL are committed to the idea of building coalitions with African-American groups in order to pursue common agendas on social justice. They also want to have a place at the table when so-called “progressives” gather. That would allow them the opportunity to speak up, so as to prevent their traditional partners in the black community from joining forces with radicals who promote intersectional and anti-Semitic myths about Israel and Jews. Liberal organizations believe that they have a vital role to play in combating the trend in which African-Americans and other minority communities are drifting away from support for Israel, as well as the growing influence of prominent anti-Semites like Farrakhan.

The “Virtual March on Washington” is an example of how the rationale for coalition building can be stretched to the point where it no longer is viable. The presence of Mallory at the march, whose virulent anti-Semitism is a matter of record, left mainstream Jewish groups no choice but to stay away.

Groups like the ADL, which under the leadership of current CEO Jonathan Greenblatt has abandoned its former stance of nonpartisanship for a new approach in which they have become relentlessly partisan advocates for the Democratic Party and against President Donald Trump, and the Religious Action Center of Reform Judaism deserve scorn for the way they have sought to legitimize Sharpton, a disreputable rabble-rouser who helped incite what amounted to a pogrom against Jews in Crown Heights in 1991 and engaged in other disreputable actions. Both ADL and the RAC have treated Sharpton as a partner in the anti-Trump “resistance.” And as long as this only meant joining in left-wing activism aimed at defeating Trump, they could stick to that line.

But in the current atmosphere of violence and intimidation—and with a supposedly mainstream event like the March turned into a forum for the likes of Mallory—it’s clearly time for liberal Jews to think again about what they are doing.

While concerns about whether specific police shootings are justified, the statistical evidence continues to refute the claims that there is an epidemic of illegal murders of African-Americans by police officers.

However, there is also an epidemic of shootings in this country by criminal elements preying upon minority communities that is being enabled by a BLM movement that is determined to defund law enforcement and that has led many in the police to back down in the face of the violence lest they be accused of racist misconduct. Jewish supporters of the BLM movement need to understand that continued support for these protests that are described as “mostly peaceful” but are often anything but, are enabling the slaughter of innocents in American cities.

And with the latest round of protests, they must also confront the fact that whatever they may think of Trump or the cases of George Floyd or Blake, the mayhem in cities like Portland, Seattle and Kenosha, which is a continuation of the riots that plagued so many cities at the start of the summer, is creating an atmosphere of fear that is antithetical to any notion of police reform, as well as exacerbating race relations. Indeed, the spectacle of mobs of woke protesters intimidating diners at restaurants into raising their fists in solidarity with the BLM movement is reminiscent of fascism, even though many of those participating in these disgraceful acts dub themselves “anti-fascists.” Combined with the intersectional and Marxist ideology of those inciting these riots that causes them to demonize Israel and Zionism, the rationale for Jewish support for this movement has been thoroughly discredited.

It’s time for Jewish liberals to acknowledge just how illiberal the BLM agenda has proved to be. Sympathy for victims of racism and a desire to correct injustices is one thing. But as the organized Jewish world learned about the Washington march, alliances that made sense when their partners were moderates can no longer be defended when their new interlocutors are anti-Semitic radicals. 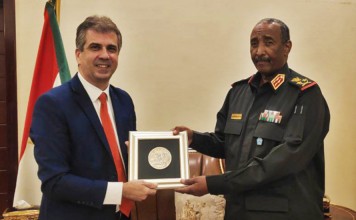 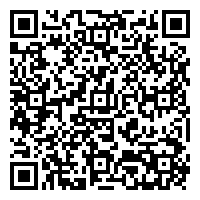