The long-awaited indictments of Israeli Prime Minister Benjamin Netanyahu on corruption charges haven’t changed many minds in the Likud Party. His loyal followers are still not only convinced of his indispensability, but also of the bogus nature of the legal assault on his tenure in office. Most of his supporters would still vote for him in the next election and, more to the point, in a primary election against a challenger.


Gideon Sa’ar, a former minister in past governments led by the prime minister and one of the more popular Likud Knesset members, has thrown down the gauntlet and appears ready to challenge the indicted leader. But few give him much chance of actually toppling Netanyahu. Likudniks are far more outraged about what they not unreasonably see as a politically inspired prosecution than they are concerned about whether sticking with the prime minister is in the best interests of either their party or the nation.

In Israel, as in the United States—where most opinions about the Democrats’ attempt to impeach President Donald Trump are largely determined by partisan loyalties—few people are neutral about the prosecution of Netanyahu or view the matter in a way that is not colored by their political leanings. As long as that is true, Netanyahu can count on holding onto the leadership of the Likud, even if the maneuvering of would-be successors is no longer going on in secret.

For now, the attention of the Likud and other members of the national camp is riveted on what they see as the unfair way the slow-walked unrolling of the prosecution of Netanyahu over the last two years hijacked the political process. Had the responsible authorities halted this process on the grounds that the charges were amorphous in nature and not rising to the level that ought to be required for ousting an elected leader from office, the outcomes of the two elections held in 2019 would likely have been different. Indeed, without the legal axe hanging over Netanyahu’s head, it’s likely that the Blue and White Party wouldn’t have had done nearly as well. Nor would Avigdor Lieberman have dared to attempt Netanyahu’s deposition had the prime minister not been damaged by the charges laid at his door.

But whether or not Netanyahu’s legal predicament is an injustice, his supporters need to come to grips with a fact that is more important than his grievances. Like it or not, the odds of Netanyahu winning another election before he has cleared his name in court are virtually non-existent. If he couldn’t win an outright majority for his coalition of right-wing and religious parties before the indictments were handed down, why should anyone believe that he could do so after he has been indicted?

While Netanyahu is not obligated by law to step down, the notion that even the greatest of prime ministers can govern effectively or for long under such circumstances is absurd.

So the questions he and those who support the principles on which he has based his uniquely successful career must be asking is not how he can survive against the odds or how to exact revenge on his enemies. Rather, they should be pondering how to elect another Likud-led government so as to ensure that opponents who—despite Blue and White’s attempts to position itself as having few differences with Netanyahu on security issues—are still under the influence of discredited left-wing beliefs about the peace process and the economy can be defeated.

Barring an electoral miracle and a generous ruling by the courts about his right to form a coalition, Netanyahu has virtually no chance to lead the next government after the next election. And the longer this fiasco continues, the more likely it is that voters will tire of his act, and the advantage will swing to the Blue and White’s Benny Gantz.

Had he groomed a credible successor, rather than doing his best to drive talented persons who might someday replace him out of his party, the notion of a Likud not led by Netanyahu wouldn’t be so daunting. Nevertheless, the best chance Likud would have to maintain its long hold on power would be to choose a new leader who could unite the right-wing and religious parties that have served under Netanyahu. Without having to deal with Netanyahu fatigue, there is no reason that the Israeli right cannot to prevail because its stands represent a consensus of opinion that continues to dominate the thinking of Israelis about security issues.

For decades, Netanyahu has dedicated his life to defending realism and the nation’s security against the magical thinking of those who cling to myths about Palestinian intentions and obsolescent Socialist economics. But if his ideas are to continue to triumph, the prime minister is going to have to eventually get out of the way.

One can believe this to be true while still believing that he has been treated unfairly and rooting that he will swiftly vindicate his good name in court. But the best thing for those who share Netanyahu’s beliefs would be to urge him to step aside while his party chooses among his possible successors.

That is a bitter pill for him and the many who revere Netanyahu to swallow, but no individual is indispensable in a democracy. Netanyahu’s duty now is not to hold onto power, but to see to it that his party wins the next election under with a fresh face that won’t carry his troubling baggage acquired during more than a decade of incumbency. If Netanyahu can’t see past his own struggle for power to understand this, then perhaps he isn’t as great a man as many of his followers believe him to be. 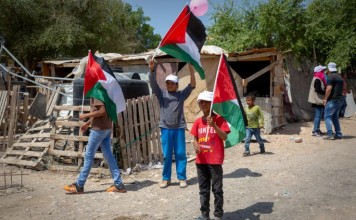 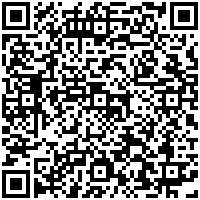