The debates about Holocaust references made by Rep. Rashida Tlaib (D-Mich.) are starting to die down. Like almost everything that happens these days, partisanship was far more important in determining the outcome than the substance of the controversy. The Palestinian-American congresswoman engaged in some outrageous historical revisionism and an attempt to cast the creation of Israel as a Nazi-like crime in which innocent Palestinian Arabs were made to pay for the sins of others. But Democrats, including some of its most stalwart pro-Israel members, were not prepared to censure someone like Tlaib, one of her party’s young rock stars, even if they would have condemned without reservation any Republican who had used those same words.


But there’s more to this story. Tlaib’s comments matter because they are an accurate reflection of the way Palestinians think about history. They fit in perfectly with the rhetoric of this week’s commemoration of “Nakba Day,” in which the “tragedy” or “catastrophe” of Israel’s creation—and the subsequent dispossession of hundreds of thousands of Arabs—is lamented in full force.

“Nakba Day” is the inverse reflection of Israel’s Yom Ha’atzmaut (Independence Day). There’s no denying that what happened 71 years ago, when the Jews regained sovereignty over part of their ancient homeland, was a tragedy for Palestinian Arabs. By the time Israel’s War of Independence ended, several hundred thousand Arabs had fled from or been forced out of their homes. It was a consequence of the bitter fighting that resulted in the deaths of 1 percent of the total Jewish population, in addition to the subsequent expulsion of an equal number of Jewish refugees from their homes in the Arab world.

The honest part of Tlaib’s bizarre Holocaust rant was when she spoke of what many Palestinian Arabs lost in the conflict: “Their land and some lost their lives, their livelihood, their human dignity, their existence, in many ways, had been wiped out.” Tlaib was wrong to say that this was purely the result of an international decision to provide a “safe haven” for Jews after the Holocaust. But there’s no question that the losing side in that war suffered terribly.

That their descendants would hold onto that pain—symbolized by the keys to homes they abandoned in the hope of a triumphant return after the Jews were driven into the sea, which are still kept as heirlooms—is understandable.

But much like the way Tlaib distorted the history of the Holocaust to cover up the Arabs’ active efforts to ensure that the Jews of Europe who were marked for death by the Nazis would not find a “safe refuge” in the Jewish homeland, there’s a problem with the way the Palestinians and their sympathizers discuss the nakba.

The Palestinian narrative is that a group of European invaders stole their land and forced them out of homes they had lived in for many centuries. In this telling, the Palestinians have no agency in the conflict and no identity except as helpless victims.

That is the tale they not only tell their children as remembrance of the past. It also serves as an explanation for why millions of the descendants of the original 1948 Arab refugees are still kept homeless by their leaders and other Arab states, even though the many millions of other peoples who became refugees in the aftermath of World War II were resettled long ago. It is a tool not merely to preserve a people’s memory, but to give them a reason to fight on in the century-old war against Zionism and the Jews.

The full story of the nakba is that the Palestinians weren’t helpless victims. The war that was fought from 1947 to 1949 was largely of their design, even if their conduct of it was militarily incompetent and resulted in a rout that left the Arabs fleeing rather than the beleaguered Jews being tossed out of their homes.

There is a lot that’s missing from the narrative. One aspect is the fact that many Palestinians are descended from those Arabs who immigrated to Palestine in order to take advantage of the economic development fostered by the Zionists in the decades before the Second World War. Even more important is that the Arabs had several opportunities to accept a compromise that would have left them in possession of far more of the country than the 1967 lines some claim must be the borders of a Palestinian state. When offered half of the country as part of the 1947 U.N. Partition Plan, they refused to accept the creation of an Arab state alongside a Jewish one. Even the tiny Jewish state shorn of any part of Jerusalem, which was part of that scheme, was too much for them.

That’s why they gambled on a war and wound up losing, as Tlaib accurately states, everything. That is the true tragedy of the nakba.

That refusal was based on a belief that the Jews, whose continuous ties to it dated back more than 3,000 years, had no right to a single inch of Palestine. That same intransigence that is rooted in denial of history and anti-Semitic incitement lives on in Tlaib’s refusal to accept Israel’s legitimacy as she works for BDS and a “one-state” solution in which the Jewish state would be eliminated.

Until Palestinians come to terms with the fact that the nakba was caused by their intolerant refusal to accept that the Jews had indeed returned and that they needed to share the land to which the Zionists also had a legitimate claim, they will go on rejecting peace offers as they did before 1948 and continue to do to this day.

A rethinking of why the “catastrophe” happened is essential to the sea change in Palestinian political culture that is a necessary precondition for their leaders to be able to accept peace. But as Tlaib’s remarks made clear, the sad truth is that they are still not ready; they are still unprepared to think honestly about their tragic past. 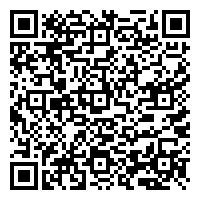