It was a crime that shocked American Jewry to its core. The murder of 11 worshippers during Shabbat-morning services at the Tree of Life*Or L’Simcha Synagogue on Oct. 27, 2018 by a white-supremacist shooter ended any sort of complacence American Jews might have had about anti-Semitism or the threat of violence aimed at their institutions.

Like the many other mass shootings that have taken place in the United States and around the world in recent years, the tragic events in Pittsburgh have fueled further debates about gun violence, as well as the threat from armed right-wing extremists who present a danger to Jews and other minorities.

Such conversations can be worthwhile and even necessary. But the reaction to Pittsburgh did more to illustrate the vicious partisanship that characterizes the divisive discussion about President Donald Trump that has seeped into every aspect of contemporary American life more than anything else. And with the one-year anniversary of the tragedy upon us, it’s clear that some people are still more interested in exploiting the memory of the victims than in mourning them.

That was made clear this week when Trump’s presence in Pittsburgh to attend a conference of the fracking industry was used by the radical Bend the Arc group as an excuse for another attempt to blame him for the Tree of Life murders. The previously obscure group had elbowed its way into the national conversation last October while falsely representing itself to a credulous national media as an organization that could claim to speak for mainstream Jewish opinion about the Pittsburgh shooting.

There’s no doubt that the vast majority of American Jews identify as liberals and Democrats, and that nearly all of that group despise Trump. But the attempt by left-wing radicals, as well as some mainstream journalists and politicians, to link Trump to the shooter was always a manifestation of out-of-control partisanship, not a serious argument. As I wrote in the aftermath of the shooting, within hours of the carnage, several liberal pundits were not only making wild claims about Trump being to blame for the bloodshed, but also demanding that Jews who support the president and praised him for his support of Israel be ostracized as accomplices to the crime. Those who made such despicable accusations have yet to apologize.

The fact that the Pittsburgh gunman opposed Trump because he believed him to be under the thumb of the Jews is dismissed as irrelevant by those determined to link the president to the crime. Nor does the abundant evidence of Trump’s friendship for the Jewish community or the fact that his daughter is a convert to Judaism persuade his leftist opponents to avoid inflammatory and patently false accusations that smear him as an anti-Semite or someone who aids such people. Nor are they interested in acknowledging that he is the most pro-Israel president yet to sit in the White House.

Such arguments were bolstered by the response of the Anti-Defamation League, which has, under its current national director Jonathan Greenblatt, discarded the strict nonpartisan policies to which it had previously adhered. The ADL has contributed to the disingenuous efforts to blame Trump for violence against Jews over the past three years, as well as adopted partisan stands on other issues, such as immigration.

By contrast, the American Jewish Committee has adopted a far more constructive response to the anniversary by disseminating a resource guide on anti-Semitism and the Pittsburgh anniversary that avoids efforts to fuel political divisions. Instead, it reminds us of the victims and the hashtag #ShowUpForShabbatPrayer that helped galvanize American Jews to turn out to attend Sabbath services the week following the attack. That effort, which rightly demonstrated that the best response to anti-Jewish hate is solidarity and showing the world that Jews will not be intimidated, is something being repeated this year.

But during the last 12 months, the partisan warfare over Trump has escalated.

Indeed, even the congregations that use the Tree of Life building are divided over how to respond to the tragedy. As a report in The Atlantic detailed last month, Rabbi Jeffrey Myers of the Tree of Life Congregation came under criticism from some Jews for welcoming Trump when he visited the site of the murders, condemned them and expressing solidarity last year with the Jewish community. Members of Dor Hadash, the Reconstructionist Congregation that also uses the facility (and which lost one member in the massacre), were against that decision and now want the anniversary to be focused on liberal agenda items such immigration and gun control which will allow it to become a political platform to be used against Trump rather than on mourning and fighting hate.

So many Jews are committed to opposing the Trump presidency that their visceral hatred for him leads them to believe that he is responsible for everything that’s wrong with the country, including for a minority of white supremacists who view him more as an honorary Jew than as an inspiration, as some on the left wrongly believe.

The debate over Trump is one in which reasonable people can disagree as to whether his faults outweigh the good his administration has done—and specifically for the Jewish community that refers to his pro-Israel policies. But the impulse to implicate him in anti-Jewish violence has never been reasonable. Nor does it honor the victims or help us understand the rising tide of anti-Semitism sweeping across the globe from both the left and the right in recent years, which certainly predates Trump.

The Pittsburgh anniversary ought to be a moment when Jews come together to mourn, as well as to vow that they will never be intimidated by hateful extremists. Sadly, like the immediate aftermath of the killings, it’s more likely that it will be just another example of how Americans are tearing themselves to pieces with mindless and irrational hatred of their political opponents. 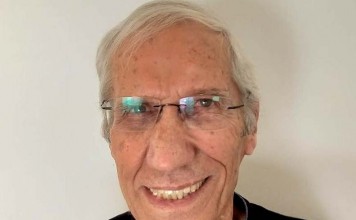 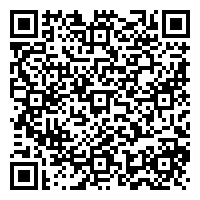