The first man, and all his descendants, share the same name: “Adam.” Other words for mankind (or “peoplekind,” as Justin Trudeau would have it) are “enosh,” “ish,” and “gever” – each of which connotes successively lower levels of spirituality, says the Zohar (Tazria 48a).

The Maharal of Prague (1525-1609) suggests that man is associated with the ground to remind him that just as dirt is worthless, yet has the potential to foster growth, so too man is physically worthless but has great potential for growth.

Rabbi Yaakov Tzvi Mecklenburg (1785–1865) writes that “adam” connotes man’s natural proclivities to all things material; it recalls the far distance between materialism and spirituality, and the great accomplishment of one who transverses that distance.

Rabbi Samson Raphael Hirsch (1808-1888) writes that “adam” is related to “hadom” (footstool), an allusion to the expectation that man reach such high spiritual planes that he serves as G-d’s “footstool” – His deputy on earth – so to speak.

Rabbi Pappenheim says the root of “adam” is dalet-mem, which means “similar.” Other words derived from this root include “domeh” (resembles), “demut” (likeness), and “dimyon” (imagination, the results of which may be similar to reality but do not truly mirror it). Man is created “in the image of G-d” (Genesis 1:27) and thus resembles G-d in some ways.

The Vilna Gaon argues that man stopped resembling G-d in the generation of Adam’s grandson Enosh when idol worship began to develop. According to the Midrash, men even started looking like apes as a result.

Enosh’s name subsequently became a term for all of mankind, but while “adam” recalls man’s spiritual grandeur, “enosh” usually recalls man in a state of degradation (Isaiah 51:12) or lost hope (Job 14:19) or pursuing Epicurean physical fulfillments (Psalms 104:15). Thus, when the angels disputed G-d’s decision to give man the Torah, they called man “enosh” (Psalms 8:5).

The Radak writes that aleph-nun-shin, the root of “enosh,” means weak and sickly. Rabbi Pappenheim, however, argues that the root of “enosh” is nun-shin, which means “moving something from its natural condition.” Other words derived from this root include “nosheh” (lender, who moves money from his possession to that of the borrower), “nashah” (forgetting, i.e., information stored in the brain is moved from its place), and “anush” (a sick, weak person, whose state of health has deviated from its proper place).

Rabbi Shlomo Aharon Wertheimer (1866-1935) writes that the root of enosh is “ish,” with the additional nun serving as a diminutive.

In man’s lowly state as “enosh,” his only hope is to unite with other people and become important as part of a collective. For this reason, Rashi (to Numbers 13:3) explains that the plural of “enosh” – “anashim” – connotes “important people.” When a person views himself as lowly in a group of people (i.e., he humbles himself before others), he actually becomes very important.

Rabbi Pappenheim writes that the root of “ish” is yud-shin, which means “has,” “is,” or “exists.” A man – i.e., a mature adult – has everything he needs to be successful in life, and stands at the pinnacle of his physical existence.

The final word for man is “gever,” which according to the Ibn Ezra (to Exodus 10:11) always refers to male humans as opposed to females. Rabbi Yehuda Leib Edel (1760-1828) disputes this assertion, citing several passages in which “gever” appears in a gender-neutral context.

The Malbim writes that “gever” is related to “gevurah” (power), calling to mind strength and potency, and thus usually refers to men as opposed to women. However, a woman who holds a position of power may be referred to with a cognate of gever such as “gevirah” (Jeremiah 13:18) or “giveret” (Isaiah 47:5).

Interestingly, Ibn Yachya explains that the four words for man correspond to four stages in man’s life: A child is called adam because he is chronologically closest to his origin (i.e., the ground); an adolescent is called gever because physical maturity brings physical strength, an adult is called ish, which is related to “esh” (fire) because he is at the apex of his power like a raging fire; and finally an elderly person is called an enosh because his stamina has been diminished and weakened. 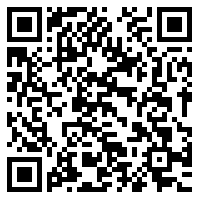