In a sane world, nobody would have to choose between the two. But in the world in which both the United States and Israel must regard the Palestinian Authority as both responsible for terror and an important factor in preventing it, that’s the choice we’re being presented with.

The dilemma arises from the passage of the Anti-Terrorism Clarification Act of 2018 that was passed by Congress and signed into law by U.S. President Donald Trump in October. The abba deals with the right to sue in court to get compensation from those entities responsible for terrorist acts in which Americans were injured or killed. This is a problem for those who wish to keep funding the P.A. because it finally makes it possible for plaintiffs to collect damages against them. 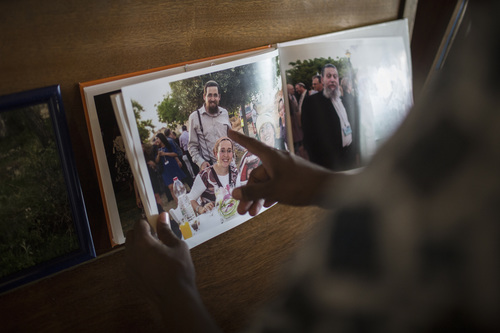 Last October in Jerusalem, friends and family members look at pictures of terror victims Rabbi Eitam and Naama Henkin during the shiva mourning period. The Henkins were shot dead by a Palestinian terrorist while the parents were driving with four of their children. The children survived the attack. Credit: Hadas Parush/Flash90.

Past efforts to hold the P.A. accountable for its role in carrying out acts of terrorism have failed because the U.S. courts had consistently ruled that they lacked the jurisdiction to place financial penalties on the Palestinians. That saved the P.A. vast sums that it might have been forced to pay to victims and their families as a result of cases in which it was proved that the Palestinian Authority had played a direct role in acts of terrorism during the Second Intifada. But Congress closed that loophole this year by giving federal courts jurisdiction over cases involving any foreign entity that receives U.S. aid.

That means that when the law goes into effect in 2019, if the P.A. receives a single dollar in U.S. aid, it could be forced to pay the massive damages assessed against them in civil suits decided against them in cases involving the slaughter of Americans. This marks a victory for the victims of terror and the cause of justice.

Unlike its predecessors, the Trump administration has wholeheartedly embraced the concept of holding the P.A. accountable for its misdeeds, with the president having no compunction about slashing aid to the government run by Palestinian leader Mahmoud Abbas. But this new law is giving them some second thoughts because it would also mean the end of U.S. training and funding for P.A. security personnel, who are regarded by both the American and Israeli governments as an essential part of keeping a lid on terrorism in the West Bank.

The administration didn’t seek a waiver that would allow the president to avoid imposing these restrictions on aid. But now that they’re confronted with the fact that the law will mean the P.A. will have to choose between U.S. aid and being bankrupted by the settlements reached against it in American courts, they’ve changed their minds.

As much as the administration wants the P.A. to stop inciting and paying for terrorism, it doesn’t want it bankrupted, and it especially doesn’t want its security forces to cease cooperating with Israel.

That’s why reports indicate that Congress is being asked to change the law in order to allow the president to keep the aid flowing for security, as well as to avoid having to close the offices of the U.S. Agency for International Development that deal with the P.A. While it’s too late to do anything about it this year, it’s likely that it will listen to these pleas when the new Congress begins work in January.

That leaves friends of Israel, as well as those who believe in justice for victims and perpetrators of terror, to ask whether we can support such a waiver.

Abbas, who is about to start the 15th year of the four-year term as president of the P.A. to which he was elected, is a corrupt and brutal dictator, and his Fatah Party-run Authority operates more like a mafia gang than a government. The P.A. foments terror every day of the year via its official media and education system, in which hatred for Jews and Israelis is an official doctrine.

But it’s also true that the last thing Israel’s government wants is for the P.A. to collapse. Though some Israelis support annexation of the territories or parts of them, neither Israeli Prime Minister Benjamin Netanyahu nor his primary opponents want to have to administer or police the West Bank cities, towns and villages that Abbas now rules.

Just as important, Israel does value the security cooperation that they get from the P.A.’s various forces. Abbas benefits from this cooperation as much as Israel. Without it, he would likely have long since have been killed by Hamas or Islamic Jihad. But the close ties between his intelligence and police, and the Israelis, have helped keep terror to a minimum even if—as this week’s murderous attack near the settlement of Ofra demonstrated—it has not completely eliminated it.

That’s why it’s likely that even Israel’s most ardent supporters in Congress will accede to Trump’s demands for a waiver, and Netanyahu won’t be unhappy about it.

But that shouldn’t be the end of the discussion. Rather than give up on leverage over the Palestinians, Trump must continue to press them to end the incitement and the terror payments, and to use every means, including the possibility of an imposition of a complete ban on aid, in order to get his way.

Much like everything else about the conflict, the likely resolution of this dilemma is profoundly unsatisfying and the terror victims, and many in Israel will be unhappy if Abbas slips off the hook again. But as justified as that anger may be, Israeli and American leaders are being compelled to weigh two unsavory choices against each other. If they choose, as they probably will, the one that involves keeping the P.A. solvent in order to spare Israelis the grief of governing the West Bank and to augment the country’s security, then they will surely be criticized. But they can hardly be blamed for deciding that ending security cooperation would actually lead to even more suffering and bloodshed. 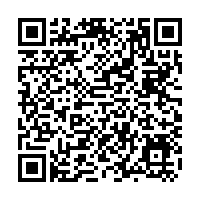