David Mizrahi, who organized last Friday’s Yellow Vest protests of thousands of Israelis against the rising cost of living, on Tuesday told the Knesset Economic Affairs Committee that “if the price of electricity goes up one shekel, we will organize protests the likes of which haven’t been seen in the State of Israel.”

“I was a hungry child,” he told the committee. “In the winter, my father would hide the electric bills in the drawer. I represent all the hungry children whose fathers fear the electric bill. We have had enough… For years we were suckers, paying 500 shekels for cellphone use. There is a way [not to increase the price of bread, electricity and water]. Now we are putting on the vests, and there are at least 10,000 people who will demonstrate with us Saturday night.”

At this point Committee Chairman MK Eitan Cabel (Zionist Union) got up to shake Mizrahi’s hand and embraced him. “Your words about being a hungry child touched my heart. Your war is our war,” he told Mizrahi, who was donning a reflective yellow vest along with other representatives of the protest at the committee hearing.

Last week, Israel’s Electricity Authority announced a rise in the cost of electricity to consumers in 2019 of between 6% and 8%.

Electricity Authority Chairman Asaf Eilat told the committee that while the expected price hike is “very steep,” the company seeks to keep the price of electricity low, and that in the past five years it dropped 10%. Israel, he added, is among the developed countries with the lowest electricity prices.

MK Amir Ohana (Likud), on the other hand, channeled Queen Marie Antoinette when he argued that the price of gas in Israel is among the lowest in the world and that the country is not becoming more expensive. According to him, the “Gucci and Prada protest is disconnected from the people,” who, apparently, don’t spend their lives chasing to plug the overdraft in their bank accounts.

Chairman Cabel opened the meeting by saying that the price increase of electricity would lead to additional price hikes in the entire market. The “original sin,” he said, was the gas deal between the tycoons and the Israel Electric Corporation, which he said must be revised.

Zionist Union Chairman Avi Gabbay said “The government lost control over the cost of living… The natural gas price is $6 instead of half of that. We have to lower the price of gas, and that will lower the cost of electricity by 20%. That is the real solution. The gas plan is not balanced, because it only serves the gas companies and not the public.”

Gabbay warned that “businesses are looking for opportunities to raise prices, and they succeed as long as the regulator or the public do not curb them. Raising prices is the natural process of the market, which hurts the consumers. Therefore, there is the government, to constantly create reforms that will balance out the market’s tendency and lead to lower prices.”

MK Karin Elharrar (Yesh Atid) said the citizens are not interested in why the prices are rising and end up paying the price because the state does not know how to regulate, while MK Eytan Broshi (Zionist Union) argued that the problem lies in the Knesset’s agreement to give up its authority to set electricity and water costs.

MK Yael Cohen Paran (Zionist Union) said the Government has been lying to the public since the natural gas agreement was finalized.

MK Yitzhak Vaknin (Shas) argued that the Finance Ministry is carrying out reforms which “are not reaching the consumer’s pocket.”

Committee Chairman Cabel summed up the meeting saying he would not allow the relevant bodies to avoid dealing with the natural gas agreement, “which is the source of problems and created the big push for price increases.” He demanded that Electricity Authority Chairman Asaf Eilat and Israel Electric Corporation CEO Ofer Bloch provide a timeline for the negotiations on a revised natural gas agreement. ​ 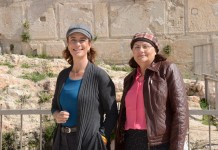 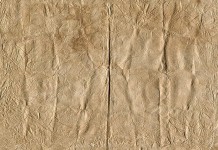 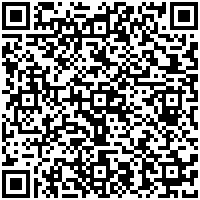