Is there a difference between left-wing anti-Semites and right-wing Jew-haters?


In theory, the answer is no. Hate is hate, no matter what it’s source. Except for some, including many Jews, the source of the hate does seem to matter. If, for example, you think right-wing hate is inherently more dangerous, you might give a pass to haters on the left or at least pay a bit less attention to them. Just as important, if you’re inclined to think that the source of anti-Jewish prejudice matters more than anything else, you might also disregard the relative danger each threat poses to the Jewish community.

Unfortunately, that’s exactly what some Jews are doing right now with respect to the partnerships they’ve struck in the course of supporting the anti-Trump “resistance.”

The latest proof of this problem comes from the reports about Tamika D. Mallory, the co-president of the Women’s March movement that coordinated the massive counterdemonstration to the inauguration of President Donald Trump and the follow-up marches that took place nationwide in January. Mallory attended a recent “Savior’s Day” address in Chicago given by Louis Farrakhan, the head of the Nation of Islam. But she didn’t just show up at the event. She was among those applauding Farrakhan as he spouted his usual litany of anti-Semitic invective, in which he specifically blamed Jews—and their “grip on the media” and Hollywood—for harming women. Afterwards, Mallory happily posed for a picture with the hate-monger.

The response from the Jewish left and those involved in her group: crickets.

The Women’s March has gained even more support recently because for many, it embodies the activism and spirit of the #MeToo moment in which women resolved no longer to be silent about sexual assault and harassment. But as the distinctive pink hats worn by its supporters that are supposed to depict women’s genitals remind us, the movement is just as much a protest against the Trump presidency as it is about Harvey Weinstein or any of the many others whose crimes and indiscretions have recently been exposed.

The Women’s March has come to embody the virus of intersectionality or belief that all causes involving allegations of discrimination are somehow related. The “resistance” to Trump has become linked to a hodge-podge of other issues that seemingly have nothing to do with #MeToo. In that way, protests against sexual harassment have become linked to those against racism, such as Black Lives Matter, and more international concerns such as the Palestinian war against the existence of Israel.

It ought to be possible to protest Trump without getting into bed with Farrakhan and those who wish to eliminate Israel. Yet that’s become part of the price of admission for the march and the “resistance” it embodies. If you want to be part of the movement, you have to agree to disagree about Farrakhan and anti-Semitism with Mallory, and do the same with a vicious Israel-hater like Linda Sarsour, another one of the top leaders of the Women’s March who has said Zionists shouldn’t be part of the protests.

Why aren’t more mainstream opponents of Trump up in arms about this? The reason is that they consider the extremist views of some of their allies to be not as important as the threats of anti-Semitism coming from the right.

The racist march in Charlottesville, Va., last August that led to clashes between members of the Ku Klux Klan, neo-Nazis and other extremists with counterprotesters from the left was deeply traumatic for many Jews. The torchlight march in which anti-Semitic slogans were shouted seemed like a rerun of the 1930s. The fact that President Trump drew a false moral equivalency between the two sides made it even worse.

But despite the attempt by some Trump critics to confuse the Charlottesville marchers with the people who edit Breitbart.com and other more mainstream political forces on the right, the truth is that the Klan, the Nazis and their friends are actually a miniscule group with no influence and no connection to anyone in power.

The comparison with Farrakhan is important. He has a mass following among adherents of the Nation of Islam. And many others in the African-American community that don’t claim to share his views treat him as a respected ally. That includes members of the Congressional Black Caucus, who hosted him back in 2005 when he took a picture smiling next to Illinois Sen. Barack Obama (which was repressed by a sympathetic photographer who didn’t wish to endanger Obama’s hopes for a higher office). Rep. Keith Ellison, the deputy chair of the Democratic National Committee was also a longtime supporter of Farrakhan.

The same is true of people like Sarsour. The BDS (boycott, divest and sanctions) movement hasn’t won any major battles in America. But it has a foothold on many major American college campuses and is backed by many on the left. It is also inextricably linked to incidents of anti-Semitism and attacks on Jewish students, which occur wherever the BDSers raise their banner.

Liberal critics of Trump were right to demand that he disassociate himself from haters, as he belatedly did after Charlottesville. But a Women’s March that is prepared to turn a blind eye to Mallory’s connections and those of Sarsour cannot claim any legitimacy. That’s especially true when the reaction of many of its supporters to complaints about their ties is to attack those pointing out the problem rather than holding their leaders accountable.

That said, the obligation of liberal Jews is to ensure that the Women’s March is free of any taint of anti-Semitism and hatred for Israel. 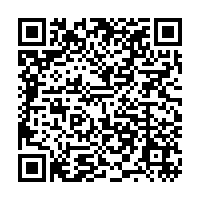