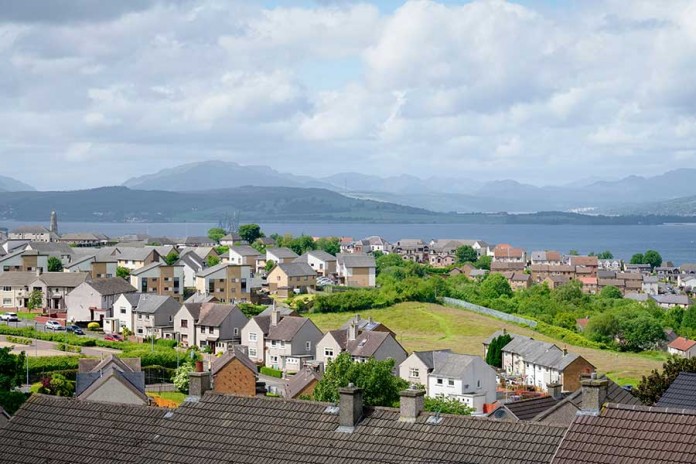 Over twenty years ago, my late wife and I accepted an old friend’s offer to use his holiday home.

His property was in the delightful holiday town of Dunoon in Scotland. When we arrived, we found a warm and cozy place. It was just what was needed for our break.

The next day we went shopping. My wife went to one store while I entered a fabric shop as I had spotted an attractive plaid scarf in the window.

The shop was also warm and cozy, which was just as well, as it was winter and cold outside. I approached the register where the proprietress and owner waited smiling.

I complimented her on her store and hearing my Scottish accent she declared, “You’re not a tourist then!” I confirmed that I came from the nearby city of Glasgow as did my wife but that we both now lived in Manchester, England.

Before I explain, what happened next, I should probably set the scene.

I was wearing a newsboy cap and my beard, which in those days was red, was short and trim. That combined with my accent to lead her to believe she was talking, as we say in Scotland, “Wie wan o oor ain” in Yiddish, “Einer fun Unser!” or in Hebrew, “Echad Mishelanu.”

Confident that she was talking to someone just like her, she looked at me seriously and in a voice that matched her frown said, “Manchester?” She turned and indicated all the beautiful roles of fabrics in her store and explained, “Most of the fabrics you see here come from Manchester you know?”

I was surprised and told her so. Then she continued conspiratorially, “Oh yes! Manchester’s still the center for cloth and fabric in the UK,” and then added the revelation, “The Jews own all the wholesale fabric businesses you know!”

I was stunned at this sudden change of topic and tone. The warm and cozy shop suddenly seemed cold and threatening.

When she uttered the word, “Jews” she elongated the vowel to make it sound something noxious. I didn’t register any disapproval and simply repeated her words back to her in a tone of surprise… “The Jews own all the wholesale businesses?”

Having handed her this length of rope, she proceeded to hang herself completely. Her expression changed and resembled the kind you see people make when they see a cockroach scuttling across the floor.

“Oh yes!” She assured me knowingly, “They have to take their “cut” before we get to make a living.”

I smiled secretly to myself while looking at her attentively as though absorbing every detail of this shocking exposé.

I then smiled benignly at her, removed my credit card from my wallet and passed it across to her. She smiled back, took the card and glanced at it in preparation for swiping in her machine. Her eyes froze as she read the name on the card, “Rabbi Y Y Rubinstein.” I must admit to a certain degree of schadenfreude as all the color left her face.

The rest of the transaction was completed without her once looking up from her task of, giving back my card, putting the scarf in a carrier bag and passing it back to me.

I stood for a few moments looking at a woman whose only defense was not to meet my eyes or look at me and then I left the store. I think if I had chosen to stand there for an hour, she would still have remained rooted to the spot staring at the floor.

It is hardly the first time I have had to make people confront something they would rather keep hidden from others and even themselves; that they are anti-Semites.

I resigned from the BBC at this time last year after twenty-three years as a freelance broadcaster and commentator. The reason was what I saw (and see) as a rapidly metastasizing anti-Jewish hatred that is out of control.

Being a government funded organization, the BBC is obliged to adhere to certain rules and regulations. It is expected to report the news impartially. It is expected to allow both sides of any issue a voice to express their point of view, etc.

Of course, when it comes to reporting on Israel it has proven itself historically, totally unwilling or unable to adhere to those requirements.

When a group of Orthodox Jewish kids were attacked by a group of Muslims on one of London’s busiest shopping streets last Chanukah, the BBC falsely reported that the Jewish kids had shouted “anti-Muslim” slurs at their attackers calling them, “Dirty Muslims.”

As none of the children (who were all Israelis visiting) spoke English, this was simply nonsense.

The BBC was challenged by the UK’s Jewish community and immediately went into “head-in-the-sand” mode. The more pressure they faced, the more they dug themselves deeper into a hole of falsehood and obfuscation.

Days ago on November 7th “Ofcom,” the body that monitors broadcasters to make sure they keep to rules of fairness and balance in reporting the news, slammed the BBC for failing to observe its own editorial guidelines over last December’s anti-Semitic attack on the Jewish children.

The “Jewish Chronicle” then launched a petition demanding an independent Parliamentary inquiry into the BBC’s coverage of Israel and Jews. The BBC immediately recognized the obvious, admitted its failings and apologized.

The question as to who created the false report about the Jewish children and their non-existent “slur” and why the BBC felt at liberty to allow its coverage of Israel and Jews to be so hopelessly biased, did not feature as part of their apology.

Having worked at the world’s biggest broadcaster for so long I think I can supply the answer without any difficulty.

He or she invented the “Anti Muslim Slur’ libel, confident that they would be passing it on to someone who saw Jews and Israel precisely like they do. The rules for checking accuracy did not apply to us. On this occasion, just for once, they miscalculated. 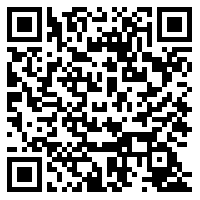