How should Israel relate to the latest Arab proposal to solve the “problem” of Jerusalem?

The proposal was raised by a prominent Egyptian diplomat, ex-Arab League secretary-general Amr Moussa. He stated that if eastern Jerusalem does not become the capital of an autonomous Palestinian Arab state, it should be internationalized – that is, not governed by any individual country.


The short response to this Arab idea is clearly: “You already had your chance, in 1947, and you blew it.” The long answer is elaborated on below.

Moussa added that there is consensus both in the Arab world and internationally that “occupied Jerusalem is an Arab Islamic-Christian city with its Aqsa mosque, church, streets, buildings and residents.”

To this, Israel must say clearly: Not. There has been a Jewish presence in [eastern] Jerusalem for 3,000 years, and a Jewish majority since at least 1844. Nearly a quarter-million Jews currently live in eastern Jerusalem, almost half of its total population. Jerusalem does not appear even once in the Koran, and it was never the capital of any nation in history other than the Jewish nation.”

As far as internationalization goes, the original UN partition resolution of 1947 (approved only by the General Assembly, not the Security Council) recommended exactly that, for a limited period. In fact, the resolution was titled “Future Government of Palestine,” and proposed partitioning the territory into “independent Arab and Jewish states and the Special International Regime for the City of Jerusalem.”

Under the plan, a person who was not a citizen of either the Jewish or Arab state was to be appointed governor to administer Jerusalem and to conduct external affairs. The city was to be demilitarized, with a police force recruited from outside Palestine. Ten years after coming into effect, a referendum was to be held among the city’s population to determine whether the city would join the Arab state, or the Jewish one.

The leadership of the not-yet created Jewish state accepted the idea, begrudgingly, but the Arabs loudly and forcefully rejected it. In fact, when the Arab states declared war against Israel in May 1948, it was the first and apparently only time in history that UN member states went to war against a UN resolution!

By 1949, the situation in Yerushalayim had changed considerably. Israel had won the war and gained more territory than the UN partition plan had assigned it, including a strong foothold in the Holy City. However, the primary areas of religious import in Jerusalem were left under Arab control. That is to say, Jordan – without permission or recognition from any country in the world other than Great Britain and Pakistan – stepped in to take the place of the never-formed Arab Palestinian country, and began to govern eastern Jerusalem and environs.

The Jordanians then blatantly reinforced their opposition to the internationalization of the city. They denied Jewish access to the city’s holy sites, in violation of both the 1949 Armistice Agreement and the principles of internationalization – and the UN did nothing.

The invading Jordanian forces destroyed or desecrated no fewer than 55 synagogues and religious seminaries in the Jewish Quarter, and desecrated the ancient Jewish Mt. of Olives cemetery, breaking and using gravestones for their latrines.

In general, Jordan acted as a sovereign power in every sphere, and actually “annexed” Jerusalem – again, an act recognized only by two countries in the entire world, and again, with no active opposition from the UN.

Jewish opposition to internationalization was also growing. Israel’s first prime minister, David Ben-Gurion, wrote quite definitively in 1949, “The State of Israel will not accept any form of foreign rule in Jewish Jerusalem and its elimination from the State. If we face a choice of leaving Jerusalem or leaving the United Nations – we will choose to leave the United Nations [emphasis added].

In December of that year, Ben-Gurion complained that the international community had failed to prevent the invasion of Israel by the Arab states, and that the UN “did not lift a finger” when war was imposed on the nascent State of Israel. This was the same Ben-Gurion who later coined the popular phrase of denigration, “Um-shmum!” [“Um” is Hebrew for the UN.]

In short, as Sir Judge Elihu Lauterpacht, founder of the Lauterpacht Centre for International Law at the Cambridge University Law Faculty, wrote, “During the period 1948-1952, the [UN] General Assembly gradually came to accept that the plan for the territorial internationalization of Jerusalem had been quite overtaken by events.”

He noted that the UN’s lack of action against Jordan’s actions showed that it “accepted as tolerable the unsupervised control of the Old City of Jerusalem by Jordanian forces.” Several proposals to revive the internationalization idea failed to garner a majority in the UN during the early 1950s.

The situation again changed in 1967 when Israel gained control of all of Jerusalem. Jordan’s entry into the Six-Day War was not only a fiasco that led to its loss of the city, but was a deliberate violation – and thus nullification – of the 1949 Armistice Agreement and its internationalization clause.

Was Jordan merely responding to an Israeli attack? Even the UN knows the answer is no; twice in the summer of 1967, the UN General Assembly voted down propositions that Israel was the aggressor in the Six-Day War.

The internationalization was thus put to rest. But as Middle East expert Eli E. Hertz has emphasized, even if UN Resolution 181 [partition] was still valid today, “then so would be the provision in Part III-D that stipulates that after 10 years, the city’s international status could be subject to a referendum of all Jerusalemites – a decision that today, as in the past, would have been made by the city’s decisive Jewish majority.”

Sorry, Mr. Moussa, the Arab countries rejected the proposal to internationalize Jerusalem when it could have worked; that train has left the station.

To take part in bus tours of in-the-news parts of Jerusalem, or to receive updates on the battle to keep Yerushalayim, e-mail tours@keepjerusalem.org or visit Keep Jerusalem-Im Eshkachech at www.keepjerusalem.org. 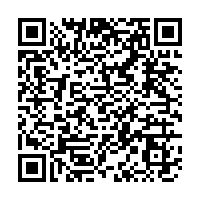