Those who surrendered and those who have yet to come oppose a Jewish presence on the Temple Mount. Those who have remained strongly support it.

Those yet to come are the haredim, who never adopted the Zionist vision. For them, Jewish sovereignty in the Land of Israel never had any significance. Praying at the Western Wall under an Israeli flag or under a British flag is one and the same (in the best-case scenario). Their religion is disconnected from a spatial coordinate, and so they are afraid of the place chosen by God.

The haredim are not afraid of connecting Israeli nationalism to its faith. Just the opposite. They are afraid to connect the Jewish faith to the Israeli nationalism reawakening in Israel. They reach the same conclusion as does the Left: basic trepidation from the Temple Mount, fear of the place that connects heaven and earth, the place that transforms the Torah from a religion to a complete culture.

Who supports Israeli sovereignty over the Temple Mount? Everyone else.

I recently appeared on TV’s Avri Gilad Show with Peace Now head Yariv Oppenheimer. The show conducted a poll on the Temple Mount issue among the viewing audience. Despite all of Oppenheimer’s attempts to scare the viewers, 75 percent of the audience said they support, in various degrees of determination, restoration of Israeli sovereignty over the Temple Mount. Clearly, the majority of Israel’s public wants to reconnect to the Temple Mount.

What is the source of this fear?

The fear stems from our loss of confidence in the justice of our cause. Those who do not believe that the Temple Mount – and essentially the entire Land of Israel – is ours, those who feel that they are guests here, are constantly gripped by fear. It is this fear that invites violence.

When the Oslo Accords were signed, the accepted axiom was that the violence was fueled by despair. “If we give our enemies ‘hope,’ they will lose their motivation for violence” was the mantra of that period. Reality, of course, proved otherwise. The Oslo Accords plunged us into a horrific cycle of blood and tears.

Despair does not cause terror. Hope does. The hope for the destruction of the state of Israel.

When Israel strongly reaffirms its sovereignty – especially over the Temple Mount – it closes the window of hope for the destruction of our state. In the short term, we will bear the brunt of threats of violence. But if we remain firm, we will once again enjoy the fruits of our determination, as we did when we opened the Western Wall Tunnel and returned to the City of David despite Arab violence. The same will hold true for any future tests. Our determination will bring us both sovereignty and peace.

This article originally appeared in Hebrew in Makor Rishon. 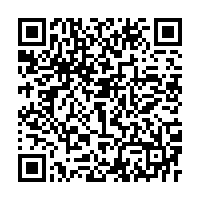