It’s all set to happen this coming May 14: A huge, 250-member delegation of top U.S. officials and others will arrive in Jerusalem for the official dedication of the new embassy in Israel’s capital. The date marks the 70th anniversary of the end of the British Mandate over what was then called Palestine and the declaration of the new-old State of Israel

The group will be led by Treasury Secretary Steven Mnuchin – unless none other than President Donald J. Trump comes along as well; last week he said he might. Rumors are swirling that he may even bring Jonathan Pollard along with him.


The embassy move does not involve, at this point, the construction of a grand new edifice. Instead, the existing consulate in the Arnona neighborhood of Yerushalayim will simply be renovated to accommodate Ambassador David Friedman and several staff members. At a later stage, possibly by the end of 2019, several additional offices will be constructed.

Clearly, as with so many things having to do with Jerusalem, the excitement does not revolve around a physical substance, but rather on the truly sublime historic symbolism involved.

Never in human history has there been a city like Jerusalem. It was the capital of a kingdom that gave the world true moral values; it was practically razed to the ground (twice!) by world powers; it remained desolate for nearly two millennia as its scattered people mourned it from afar, praying and vowing daily to return; and then it was rebuilt as the capital of a besieged but thriving and leading world nation – and recognized as such, against all odds, by the world’s leading superpower!

And, of course, the entire cyclical process was foreseen, many, many centuries ago, by the Jewish nation’s prophets!

Israel hopes that other countries will follow America’s lead. Prime Minister Binyamin Netanyahu has even promised that the first 10 countries to move their embassies from Tel Aviv to Jerusalem will receive unspecified “preferential treatment.”

No fewer than five countries have openly expressed interest in recognizing the historical fact that Jerusalem and the Jewish people are intrinsically linked by moving their embassies to Israel’s capital. Guatemala will apparently be the first, most likely even as soon as this month. Paraguay’s President Cartes pledged to make the move as well, aiming for the end of his term in office in mid-August.

Romania’s Prime Minister Dancila said her country would be next, but appeared to backtrack after Romanian President Iohannis called for her to resign for making such a declaration.

In the Czech Republic, President Zeman announced a three-stage plan to relocate the country’s diplomatic missions to Jerusalem, but Acting Prime Minister Babis appears to be opposed at least to a full-fledged relocation of the embassy.

Next on the list is Honduras, whose lawmakers passed a resolution endorsing the relocation of its embassy to Jerusalem. However, President Hernandez – who was honored with the lighting of one of 12 ceremonial torches at Israel’s recent official Independence Day ceremony – has said only that he will appoint a senior staff to examine the issue.

Unsurprisingly, Trump’s business sense played a role in this momentous occasion. He told reporters last week that he almost signed his approval for a $1 billion embassy construction project in Jerusalem. But he stopped short after signing his first name, realizing instinctively that there was no reason it should cost so much. Why should a new building be constructed, he asked himself, if the existing one could simply be adapted to the desired purpose?

He said he called Ambassador Friedman, a close friend of his, who reinforced his thoughts and even said, “Instead of [it opening] 10 years from now, we can open it up in three months.”

“The embassy in Jerusalem has been promised for many, many years by presidents,” Trump said. “They all made campaign promises and they never had the courage to carry it out. I carried it out.”

No doubt, King Cyrus of Persia, followed by King Darius, said similar things, some 2,500 years ago. In fact, Cyrus’ exact decree in the face of at least partial international opposition is recorded in the Book of Ezra: “G-d has given me all the kingdoms of the earth, and He has commanded me to build him a Temple in Jerusalem… Whoever is among you of His people…may he go to Jerusalem and build G-d’s Temple…”

Some years later, King Achashverosh, of Purim story fame, stopped the Temple construction. Next to rule was his son Darius, who posed a question to his advisors (as the Midrash recounts): “As I recall, one of my predecessors allowed the Temple to be rebuilt. Why is that not happening?”

They told him, “Cyrus rescinded his decision, and Achashverosh forbade further construction.” Darius asked to see the relevant documentation, and when he saw that the ban included the royal words “until such time as I allow the construction,” he immediately gave his permission and the Second Temple was built. (Later, King Herod improved and revamped the structure even further.)

President Trump has not yet given his “permission” to build the Third Temple, but he seems to have gone a fair ways towards taking his place in Jewish history. We hope that the present developments truly signify the permanent establishment of a united Jerusalem under Israeli sovereignty forever! 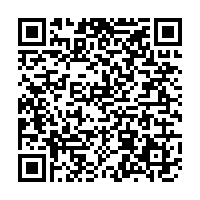