While Republican presidential contenders Mitt Romney and Newt Gingrich vie with each other in expressing ever-stronger support for Israel, polls show Romney has a better chance of unseating President Obama in the November election. It is for this reason that many Israel supporters would like contender Rick Santorum to withdraw from the Republican race to ensure Romney is chosen over Gingrich.

Be that as it may, it would be enlightening to briefly review the main point on which the two leading candidates agree regarding Israel, the U.S., and Hamas-Fatah. Romney said, “The best way to have peace in the Middle East is not for us [the U.S.] to vacillate and to appease, but to say, we stand with our friend Israel…. I think [Obama] has time and time again shown distance from Israel, and that has created, in my view, a greater sense of aggression on the part of the Palestinians.”

Gingrich expressed it like this: “[W]e’re in a continuous state of war where Obama undermines the Israelis.” He also reiterated that the formation of a Palestinian people “was technically an invention of the late 1970s.… Prior to that, they were Arabs. Many of them were either Syrian, Lebanese, or Egyptian, or Jordanian…”

“On the first day that I’m president” Gingrich added, “I will sign an executive order directing the State Department to move the embassy from Tel Aviv to Jerusalem.” Why would that be beneficial? “To send the signal we’re with Israel,” he concluded.

There are other, more substantial reasons why Israel deserves to have its capital recognized. The Jerusalem Embassy Act, passed by massive majorities in the 104th U.S. Congress in October 1995, states that every country has a right to designate its own capital – and that Israel has chosen Jerusalem. The law calls for the city, which it deems the “spiritual center of Judaism,” to remain undivided and recognized as the capital of the State of Israel – specifically, by relocating the U.S. Embassy from Tel Aviv to Jerusalem no later than May 31, 1999(!). It has repeatedly been “waived,” however, in accordance with its own provisions, by Presidents Clinton, Bush and Obama.

Despite 1,300 years of Muslim Arab rule in the Holy Land, Jerusalem was never the capital of an Arab entity, nor was it even built up in accordance with the importance Islam today ascribes to it. In 1867, Mark Twain described the city as “mournful, and dreary, and lifeless.” 100 years later, the PLO drafted its National Covenant – and did not even mention Jerusalem. (It added Jerusalem later, after Israel regained control of the site of the Holy Temple and the rest of the Old City in 1967).

It often has been claimed that by rights Jerusalem must actually be internationalized, and that the UN’s famous partition resolution of 1947 recommended doing just that. However, this resolution was non-binding, and required acceptance by all concerned parties. The Jews of what became the state of Israel were willing to accept it, but the Arab parties not only rejected it, but unlawfully took up arms against Israel in an effort to render it moot.

Sir Elihu Lauterpacht, founder of the Lauterpacht Centre for International Law at the Law Faculty of Cambridge University, wrote back in 1968 why the plan to internationalize Jerusalem is no longer a legal option: “During the period 1948-1952, the [UN] General Assembly gradually came to accept that the plan for the territorial internationalization of Jerusalem had been quite overtaken by events.”

In addition to the active Arab opposition and attempt to forcibly expel all Jews from Jerusalem, Judge Lauterpacht noted that following Jordan’s denial of Jewish access to the city’s holy sites, in violation of the 1949 Armistice Agreement, “the UN accepted as tolerable the unsupervised control of the Old City of Jerusalem by Jordanian forces.” This not only showed the UN no longer supported internationalization but, Lauterpacht noted, “the presence of Jordanian forces west of the Jordan River was entirely lacking in any legal justification.”

Israel’s liberation of Yerushalayim in 1967 was clearly a miracle, in that Israel had no plans to do so – and even told Jordan it would not attack unless Jordan attacked first. However, the miracle also has significant legal implications, as the authoritative judge noted:

“On 5th June, 1967, Jordan deliberately overthrew the Armistice Agreement by attacking the Israeli-held part of Jerusalem. There was no question of this Jordanian action being a reaction to any Israeli attack. It took place notwithstanding explicit Israeli assurances, conveyed to King Hussein through the UN Commander, that if Jordan did not attack Israel, Israel would not attack Jordan. Although the charge of aggression is freely made against Israel in relation to the Six Day War, the fact remains that the two attempts made in the General Assembly in June-July 1967 to secure the condemnation of Israel as an aggressor failed. A clear and striking majority of the members of the UN voted against the proposition that Israel was an aggressor.” 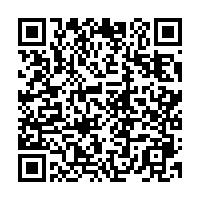