Time after time the temptation arises: If the Arabs are so intent on claiming parts of Israel and Jerusalem, and are even willing to give their lives by randomly stabbing and running over Jews, why don’t we just come toward them, reach an “agreement,” and give them some pieces of land that anyway are mostly Arab-populated?

This approach formed the basis both for the failed Oslo Agreements of 1993-5, and the wars-causing disengagement/expulsion from Gush Katif in 2005. It also led to the panicky retreat from southern Lebanon, paving the way for the strengthening of Hizbullah there, and stands at the forefront of the continued calls to leave Judea and Samaria. It is the reason why Peace Now, Ir Amim and other left-wing organizations work for our withdrawal from the Arab neighborhoods of Jerusalem.

Let’s consider the last idea: Why do we need the Arab neighborhoods of Jerusalem? Why not just divide Jerusalem, thus increasing the Jewish population percentage in our holy city, removing the rug from under murderous Palestinian terrorism in the city, and possibly even leading to a historic peace agreement with our enemies?

The answer is simple, though three-fold:

Detailed research on this matter strongly buttresses the above conclusions, including the scenario that many Arabs would flood Jewish neighborhoods if there were to be a division of any sort. This of course does not even take into account the damage to the Jewish people’s historical and religious bonds with the Holy City.

To simply redraw the municipal boundaries of Jerusalem so that Arab-populated neighborhoods such as Isawiya (adjacent to French Hill), Jabel Mukabber (next to East Talpiot), and Sur Bahir (near Har Homa) are on the “other side” appears simple and effective – in theory. But on the ground, Jewish residents of these and other neighborhoods will abruptly find themselves guarding the border – exposed to close-range shooting attacks, rockets, and mortar shellfire. The lives of close to a quarter of a million Jews living in eastern Jerusalem would be in daily peril.

How many of them would remain in their homes under such circumstances? Would this not lead directly to a massive outflux of Jews from Jerusalem and result in a demographic crisis?

Perhaps it sounds incredible: Could Jewish neighborhoods in modern-day Jerusalem actually turn into war-torn border zones, under fire of rocket-launching and light weapons-toting terrorists like those who silenced Sderot and Kiryat Shmona for weeks at a time? The short answer is: Yes, it can – and it has happened very recently. Remember Gilo? Within a two-year period during the Oslo War, more than four hundred shooting and other attacks were unleashed on this quiet neighborhood by our enemies in the Bethlehem suburb of Beit Jalla. Only after the wounding of dozens, the beginning of voluntary evacuation, the provision of concrete barriers and bulletproof glass, and the abating of the Oslo War did the danger pass.

Very significantly, as Jerusalem expert (and Keep Jerusalem Advisory Board member) Nadav Shragai notes, the Jewish neighborhood of N’vei Yaakov – situated even closer to Arab areas than Gilo is to Beit Jalla – did not come under such fire. Why is this? Shragai explains that the difference is simply “the Israeli presence, albeit under various restrictions, in Shuafat [near N’vei Yaakov] – in contrast to the lack of an Israeli presence in Beit Jalla. Clearly Israel’s control of the Arab neighborhoods of Jerusalem is essential for security and intelligence purposes.”

Arab attempts to manufacture homemade mortar shells and Kassam rockets with which to target Jerusalem are ongoing; it is common knowledge that only the presence of the IDF and the Shabak (General Security Service) contains them.

This boomerang effect is true for demographics as well. For when the security wall/fence was erected in certain areas around Jerusalem, many of the Arabs who found themselves on the “other” side simply moved back “inside.” The reason: they feared losing their precious “Jerusalem resident” status.

However, the danger is greater than meets the eye – for they don’t only move to Arab neighborhoods, but have now also begun moving into Jewish neighborhoods. It is patently clear that the attempt to push Arabs out of Jerusalem by means of fences or new borders will mean that many of them will simply come farther in.

In short: To withdraw from Arab neighborhoods would decrease neither the terror nor the demographic threats in Jerusalem; it would enhance both.

For more information on how to participate in keeping Jerusalem Jewish, send an e-mail to tours@keepjerusalem.org or visit the Keep Jerusalem-Im Eshkachech website at www.keepjerusalem.org.

Exile & Redemption: What can we Learn from Yosef & Moshe (Joseph & Moses)? – The Science of Kabbalah [audio] 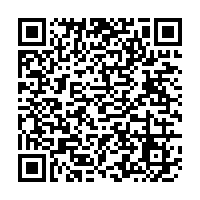