Journalist Shalom Yerushalmi recently wrote that the current “Knife Intifada” broke out because of me. For over a year now, Netanyahu – taking his directives from the Muslim Wakf – has prohibited me from visiting the Temple Mount. So the claim that the Arabs have suddenly remembered me a year after I was personally exiled from the Mount – and because of me, have started to slaughter Jews in the streets – sounds absurd.

Nevertheless, I know Shalom Yerushalmi and I think he really believes what he wrote. Moreover, on a deeper level, his words contain an element of truth. Let me explain.

To the best of my knowledge, no Jew visited the Temple Mount during or prior to the Holocaust (and the Temple Mount interested the Muslims then as much as Judea and Samaria interested the “Palestinians” during the years of Jordanian rule). The British even severely limited prayer at the Western Wall. But wonder of wonders, Haj Amin El Husseini at the time called for his Muslim followers to “kill the Jews” because they were destroying the Al Aqsa mosque on the Temple Mount (resulting in the massacres of scores of Jews in Hebron and Tiberias).

Today, too, the Jews are doing nothing that the Arabs claim they are doing on the Temple Mount. If a Jew even makes a short blessing over an apple on the Mount, the police will arrest and expel him. Nevertheless, the Temple Mount is being used as an excuse for Muslims to slaughter Jews. For deep down, the Muslims feel that the front lines of the struggle are on the Temple Mount, regardless of the presence of Jews there.

Shalom Yerushalmi and Binyamin Netanyahu can dream to their hearts’ content about a small Switzerland with a high wall along Israel’s pre-1967 border behind which we can all forget that we are (persecuted) Jews and simply live in our “place among the nations” (the title of Netanyahu’s book). They can even fold up our blue and white flag and replace it with all colors of the rainbow, under international sponsorship. They can even bring the British back here and prohibit prayer at the Western Wall again. It will not help them. The proverbial “Husseini” will always show up and slaughter them – because of the Temple Mount.

I once read an article about German Jewish Holocaust survivors who still blame the Jews of Poland for the horrors perpetrated by the Germans. “When I see the ultra-Orthodox, I understand the Nazis,” said Israel Prize winner Tumarkin. If those Polish Jews would just have shaved off their beards, like me, the Nazis would never have gotten upset and burned us all.

It is difficult for Jews who are looking for nothing else than to be a nation like all others – to look like them, eat like them, speak like them. It is hard for these Jews to accept the fact that even if they shed all the exterior differences, they will always have the word “Jew” branded on their foreheads. They prefer to blame their brothers for their international problems. For if they blame the nations of the world, they will have to face the fact that it is impossible to escape one’s Jewish identity and destiny.

And that is the story taking place today on the Temple Mount. The message heralded by the everlasting nation is drawn in its entirety form the place chosen by G-d. The Temple Mount truly is the bedrock of our existence in the most essential way. The Mount is not just a sentimental site. It is not even a historic site. It is more like a huge power socket that connects to, and has nourished, the Israeli motor for the past 3,000 years.

We preserved our identity and returned to our land because we never disconnected our national plug from the power socket in the heart of Jerusalem. Furthermore and most important, this power socket continues to provide our vitality here and now. At this very moment. Because, in truth, without our message, there really is no reason for our existence and we would wind up, G-d forbid, like the generation of Jews in the desert, who did not want to fulfill their destiny and enter the Land of Israel.

It is not because of Israel’s tanks or hi-tech that we continue to exist (and I am the last person to belittle the necessity of both). It is also not because of our past – glorious as it may be. It is the future that gives meaning and validity to our lives. It is not existence that makes destiny possible. Just the opposite: It is destiny that makes existence possible. And our destiny is completely tied up with the Temple Mount.

We’ve tried to create substitutes; all of them have failed and our strength is sapping. We live on protection payments to Gaza in the form of truckloads of cash and free electricity that we give them so they won’t shoot at us. And when they nonetheless spend two months shooting at us in Tel Aviv, we cannot find a solution. And the world no longer believes in us and the legitimacy of our existence slowly dissipates. What Begin did in Iraq 30 years ago, we are incapable of doing in Iran today – even though we are much stronger now than we were then.

The farther we stray from our destiny, the weaker we become.

With their sharp senses, the Muslims understand everything better than all of us – the believers and cynics combined. Even if we completely deny our destiny, they know our strength comes from the Tempe Mount. And the more we distance ourselves from our destiny and the physical place from which it emerges, the more our enemies become convinced that they will soon succeed in disconnecting the plug from the socket. And so, the more we flee the Mount, the more they plunge their knives into our backs.

But just like citizenship did not save German Jews from being identified with their Polish brethren, we too will never succeed in escaping our destiny that is wrapped up with the Temple Mount. It will not help to blame those few Jews who do not deny their destiny. All Jews – observant and non-observant – shared the same cattle cars when they chose not to make aliyah to the Land of Israel – whether they preserved their Jewish identity or tried to flee it. And we will also all share the same knives, and missiles and terror – as long as we continue to refuse to return to the Mount. To return home. 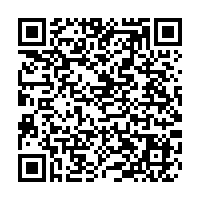