Recently, both the Palestinian Authority and Hamas seem to have changed their policy toward the Syrian conflict.


Neither Hamas nor the Palestinian Authority wants to be seen as siding with Al-Qaeda-affiliated groups, most likely out of fear that such support would cost the Palestinians Western sympathy and funding.

Since the beginning of the Syrian crisis, relations between the Syrian regime of Bashar Assad regime and the Palestinian Authority and Hamas have been tense.

Hamas’s public support for the opposition forces led to the expulsion of its leaders from Syria; and the Palestinian Authority’s failure to support publicly the Assad regime resulted in tensions between Damascus and Ramallah.

After losing faith in the Syrian opposition, the Palestinian Authority and Hamas are now trying to mend fences with the regime of Syria’s President, Bashar Assad.

The two rival Palestinian parties are hoping that Assad will forgive them for failing to support his regime against the rebels – a move that has resulted, since the beginning of the civil war, in the displacement and death of tens of thousands of Palestinians living in Syria.

More than 200,000 Palestinians have been forced to flee their homes in several refugee camps in Syria, while another 2,000 have been killed in the fighting between the Syrian army and the opposition forces.

The shift in the Palestinian Authority’s stance became evident during Mahmoud Abbas’s recent speech at the United Nations General Assembly.

Referring to the Syrian crisis, Abbas said, “While we condemn the crime of the use of chemical weapons in Syria, we have affirmed our rejection of a military solution and the need to find a peaceful political solution to fulfill the aspirations of the Syrian people.”

The Assad regime did not conceal its satisfaction with Abbas’s comments, especially his opposition to a “military solution.” That Abbas refrained from holding the Assad regime responsible for the use of chemical weapons was also received with a sigh of relief in Damascus.

After Abbas’s speech, Assad agreed to meet with senior PLO official Abbas Zaki, who relayed to him a letter from the Palestinian Authority president.

The Syrian news agency Sana quoted the PLO envoy as telling Assad that the Palestinians support Syria in the face of “aggression.” This statement means that the PLO has decided to support Assad against the various opposition groups fighting against his regime.

Meanwhile, Hamas’s efforts to patch up its differences with the Assad regime have thus far been less successful.

In the context of these efforts, Hamas leaders and spokesmen have stopped their rhetorical attacks on the Assad regime. In addition, Hamas has been working hard to distance itself from the Syrian “rebels,” particularly those affiliated with Al-Qaeda.

In a speech in Gaza City last weekend, Hamas Prime Minister Ismail Haniyeh assured Syria and other Arab countries that his movement does not meddle in their internal affairs. “We never sided with [Arab] country against the other,” Haniyeh declared. “We are keen on a unified Arab and Islamic position toward the Palestinian cause.”

Like Abbas, Haniyeh also called for a “political solution and national understandings” in solving Arab disputes.

But while a rapprochement between Hamas and the Assad regime would only serve the Islamist movement’s interests and help it rid itself of its growing state of isolation, especially in the aftermath of the downfall of the Muslim Brotherhood regime in Egypt, the renewal of ties between the Palestinian Authority and Damascus does not bode well for the future of the peace process.

The Assad regime is not going to change its position toward peace with Israel to appease Abbas and the Palestinian Authority. Abbas’s gestures toward Assad will only bring him closer to Iran, Hezbollah and radical Palestinian groups that oppose any peace process with Israel. 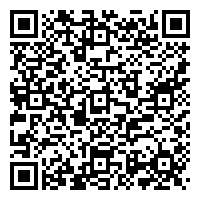