A 16 year old Palestinian Authority Arab approached an IDF position in Hebron and attempted to stab one of the soldiers with a screwdriver.

The soldiers subdued the terrorist, without injuries.


Initial investigation appears to indicate that the terrorist wanted to be arrested by the IDF for personal reasons.

He was brought to the Hebron police station for further interrogation. 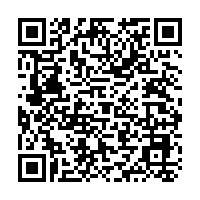