Are the Lebanese seeking to get rid of the Palestinians living in Lebanon? Many Palestinians seem to think that the Arab country they have been living in for decades has plans to throw them out.

Palestinian factions, meanwhile, are working in precisely the opposite direction, trying to stop the Palestinians from leaving their refugee camps. The factions want the refugees to continue living in misery and poverty so that they can continue to use them as pawns in the conflict with Israel.

They are hoping that the continued presence of refugee camps will keep the issue of the refugees at the center of the Israeli-Palestinian conflict.

In recent weeks, many Palestinians have been flocking the embassies of several Western countries in Lebanon asking to be granted asylum for humanitarian reasons.

The protest coincided with an online campaign launched by Palestinians in Lebanon to demand that Western countries grant them asylum for humanitarian reasons.

The campaign is being held under the title “Emigration is not Treason” — a reference to allegations (by some Palestinians) that those who are seeking to resettle in Western states are betraying their people and relinquishing their alleged “right of return” for refugees and their descendants to their former homes in Israel.

“Yes to emigration to any country where we Palestinians can live in dignity, and thanks to our brothers in Lebanon for hosting us,” wrote Hussam, one of the Palestinians behind the campaign.

The Palestinians have been joined by some Lebanese citizens who say they, too, want to emigrate to Western countries.

Ahmed Fawwal, one of the organizers of the protest outside the Canadian Embassy, said that similar demonstrations will be held in the coming days in front of the Australian and German embassies in the Lebanese capital. The father of six, who works as a cab driver, said that young people were seeking to emigrate from Lebanon because they are being denied basic rights.

Yet most of those seeking to flee Lebanon are Palestinians who have been living there for several decades, as well as thousands of refugees who fled from Syria to Lebanon after the beginning of the Syrian civil war in 2011.

The would-be-immigrants have formed a committee called The Palestinian Youth Forum for Humanitarian Asylum to encourage and help those wishing to leave Lebanon.

Kamal Akel, one of the heads of the forum, said that Palestinians want to leave Lebanon, “which is depriving us of our civil, human and political rights.” The Palestinian leadership, he added, has abandoned its people in Lebanon and no longer cares about their plight.

“The young people are frustrated after they took to the streets several times and demanded that our state [Lebanon] secure our basic rights,” he explained. “We have lost hope of finding anyone who is prepared to listen to us. We want to leave Lebanon to any country that respects human beings.”

Akel said he and his colleagues in the forum have resorted to social media to reach out to young Palestinians in Lebanon to promote the idea of emigration. “So far, we have received 10,000 requests,” he revealed. “That means we are talking about almost 55,000 people.”

Mu’awya Abu Hamideh, a representative of the Palestinian refugees who fled from Syria to Lebanon after 2011, said that the idea of seeking asylum for humanitarian reasons in Western countries, including Canada, dates back to 2013. He said he himself applied for asylum in Switzerland several years ago, but his application was rejected because he was not able to provide documents confirming that he was not receiving assistance from United Nations agencies.

According to Abu Hamideh, some of his friends and he recently met with Canadian diplomats in Beirut in the context of their effort to persuade Canada to open its doors for Palestinians wishing to leave Lebanon. “We talked about the general situation of Palestinian refugees who have been living in Lebanon for the past 72 years,” he said. “We told them that Palestinians in Lebanon are banned from working in 70 professions and have no right to own property. We gave them a list of 2,300 Palestinian refugees from Syria who want to go to Canada.”

According to The United Nations Relief and Works Agency for Palestine Refugees (UNRWA), Palestinians in Lebanon “do not enjoy several important rights; for example, they cannot work in as many as 39 professions and cannot own property [real estate].”

Human Rights Watch says that Palestinian refugees in Lebanon live in “appalling social and economic conditions” and are barred from employment in at least 25 professions, “including law, medicine, and engineering.”

Abu Hamideh complained that several Palestinian factions are now accusing him and his friends of “treason” because of their desire to start a new life for them and their families in Western countries. “The Palestinian factions and others who benefit from our stay in Lebanon are denouncing us as traitors and of serving foreign agendas,” he added.

“Our response to them: We’re not giving up the right of return [to Israel], but if anyone has another solution, he should bring it to the table. We are sure, however, that these voices are designed to prevent us from living in dignity.”

The Palestinian campaign to seek asylum in Western countries came weeks after the Lebanese authorities launched a crackdown on “illegal foreign workers,” including Palestinians. The crackdown has sparked a wave of protests among Palestinians in Lebanon, who say that they and Syrian refugees are the main targets. Despite the ongoing protests and condemnations, the Lebanese government has refused to backtrack on its decision to combat illegal labor.

Leaders of Palestinian factions in Lebanon have expressed deep concern over the growing number of Palestinians who are seeking to leave the country. These leaders suspect that the Lebanese authorities are in collusion with foreign parties, including the US, to encourage Palestinians to leave Lebanon.

“The harsh conditions of Palestinians in refugee camps in Lebanon are driving many to seek emigration,” said Palestinian refugee Yusef Khalil.

“We are facing different forms of discrimination. The refugees are living under siege by the Lebanese government and we are even prohibited from bringing construction material into our camps. In addition, we are subjected to thorough searches and harassment for many hours. They want to expel us from Lebanon.”

Isam Udwan, head of the “Refugee Department” in Hamas, said he believes that Palestinians were receiving tempting offers to leave Lebanon for a better life in other countries. He claimed that some Arab states were cooperating with Israel and the US to pressure Palestinians to leave their homes in Lebanon. “The Lebanese government is also indirectly facilitating the emigration of Palestinians by permitting them to leave through its seaport,” Udwan claimed.

Instead of encouraging and assisting their people to move on with their lives and seek a better future for their children, Hamas and other Palestinian groups continue to lie to the refugees by promising them that one day they will go back to their villages and towns in Israel.

Not only have Palestinian leaders done nothing to provide the refugees with any services or rights, now they are telling them that anyone who leaves his refugee camp will be considered a traitor.

Rather than expressing gratitude to countries that are willing to receive Palestinians and help them begin anew, Palestinian leaders and factions are inciting against these countries by accusing them of being part of a US-Israeli scheme to eliminate the “right of return” for refugees and their descendants.

In this longstanding and deadly game, Palestinian leaders use their people as sacrificial pawns for the sake of prolonging the conflict with Israel and forcing the international community, including the UN, to go on funding millions of refugees – apparently, forever. 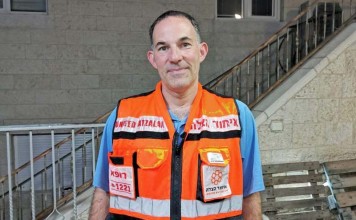