Following the conclusions of consultations Monday with representatives of the parties elected to the Knesset, President Reuven Rivlin invited Likud Prime Minister Benjamin Netanyahu and leader of the Blue and White party Benny Gantz to meet with him at his official residence Monday evening.

The meeting will be closed to the media, according to the president’s office, and media crews were told they would not be allowed into the room.

Rivlin met with the last four factions whose parties will enter the Knesset next month if, in fact, there will be a new Knesset – assuming Israel does not go to a third election.

United Torah Judaism was first to meet with Rivlin, and unequivocally threw their support behind Netanyahu, with UTJ leader Yaakov Litzman noting the prime minister had fulfilled all conditions of the agreement he had signed with the party.

Yamina was next and did the same. However, leaders Ayelet Shaked and Motti Yogev both called on Gantz to meet with Netanyahu and form a unity government in order to spare the country a third election.

Labor-Gesher (Democratic Union), headed by Amir Peretz and Orly Levy-Abekasis, placed the emphasis on social services – housing and medical care – even though as a resident of Sderot Peretz also mentioned security as a crucial issue that must remain a priority.

But it was Levy-Abekasis who raised an issue that yanks the heartstrings and does in fact have a point, albeit not one that should rip apart an entire country. What it should do, however, is demand a solution.

Levy-Abekasis had a friend diagnosed with cancer and the medication that could have kept her alive was not in the health basket. Instead, it cost the family NIS 15,000 a month, with an additional monthly sales tax of NIS 2,500 added to that cost.

That friend died two months ago, with the husband asking why, with the price of the exorbitant, life-saving medication so high, the government saw fit to also impose the additional sky-high sales tax.

At this point, Netanyahu has 55 recommendations, and Gantz has 54 recommendations: the Joint Arab List backtracked after last night and three of its members withdrew their recommendations from Gantz after having second thoughts.

Neither has the required 61 mandates with which to build a coalition government. Their meeting with the president is set for 6:30 pm. 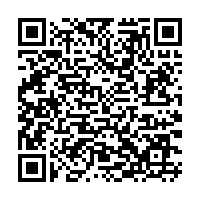