Hamas has finally admitted that it is the Egyptians, and not Israel, who have turned the Gaza Strip into a “big prison.”

Ghazi Hamad, a senior official with the Hamas-controlled foreign ministry, was quoted this week as saying that the Gaza Strip has been turned into a “big prison as a result of the continued closure of the Rafah border crossing by the Egyptian authorities since June 30.”

Hamad said that since then, the number of Palestinian travelers at the Rafah terminal has dropped from 1,200 to 200 per day.

But this is a story that has not found its way to the pages of mainstream newspapers in the West because it does not in any way “implicate” Israel.

To make matters worse, the Egyptian authorities announced that the Rafah terminal would be completely closed during the four-day Muslim feast of Eid al-Fitr, which began on August 8.

Until recently, the charge that the Gaza Strip has been turned into a “big prison” had been made only against Israel, capturing the attention of the mainstream media and human rights organizations around the world.

But now that the charge is being made against Egypt, most international journalists, human rights organizations and even “pro-Palestine” groups, especially at university campuses in the US, Canada and Australia, have chosen to look the other way.

The “pro-Palestine” activists say they are unable to enter the Gaza Strip because of the strict security measures and travel restrictions imposed by the Egyptian authorities.

But why haven’t these activists tried to organize another flotilla aid convoy to the Gaza Strip to break the Egyptian blockade?

Why haven’t the “pro-Palestine” activists been sent to the Egyptian side of the Rafah border crossing to voice solidarity with the residents of the “big prison”?

The answer is obvious: First, the activists’ main goal is to condemn Israel and hold it solely responsible for the miseries of Palestinians.

The activists do not care about the Palestinians’ suffering as much as they are interested in advancing their anti-Israel agenda. They devote most of their energies and efforts to inciting against Israel and rarely have anything good to offer the Palestinians.

Second, the “pro-Palestine” activists know that it would be foolish of them to mess around with the Egyptian army and security forces. The last time foreign nationals tried to stage a peaceful protest on the Egyptian side of the Rafah terminal, the Egyptian authorities did not hesitate to assault and deport many of them from the country.

Similarly, there is a problem with the way the international media is handling the current crisis in the Gaza Strip.

While the Egyptian authorities are tightening the blockade on the Gaza Strip, dozens of trucks loaded with goods and construction material continue to enter the area through the Erez Terminal from Israel.

Just this week, more than 500 truckloads containing a variety of goods and 86 tons of cooking gas were delivered from to the residents of the Gaza Strip through the Erez Terminal.

In the last week of July, 1,378 trucks carrying 37,306 tons of goods entered the Gaza Strip from Israel and a total of 2,203 people crossed through the Erez Terminal.

Since the beginning of the year, nearly 34,000 trucks carrying more than 950,000 tons of goods entered the Gaza Strip through Israel.

The Arabs do not care if the residents of the Gaza Strip starve to death as long as Israel will be blamed.

So why should any Arab country care at all if the international community and media continue to adopt an ostrich-like attitude toward Egypt’s responsibility for the aggravating humanitarian and economic crisis in the Gaza Strip? 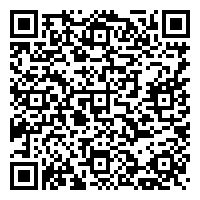