MEXICO CITY (AP) — U.S. law enforcement officials expressed outrage over the release from prison of Mexican drug lord Rafael Caro Quintero and vowed to continue efforts to bring to justice the man who ordered the killing of a U.S. Drug Enforcement Administration agent.

Caro Quintero was sentenced to 40 years in prison for the 1985 kidnapping and killing of DEA agent Enrique Camarena but a Mexican federal court ordered his release this week saying he had been improperly tried in a federal court for state crimes. …

The Association of Former Federal Narcotics Agents in the United States said it was “outraged” by Caro Quintero’s early release and blamed corruption within Mexico’s justice system.

“The release of this violent butcher is but another example of how good faith efforts by the U.S. to work with the Mexican government can be frustrated by those powerful dark forces that work in the shadows of the Mexican ‘justice’ system,” the organization said in a statement.

So imagine how they would react if 104 “violent butcher(s)” were released from prison as a result of improper influence on the justice system, particularly if that influence came from a foreign power! This describes the prisoner release that Israel’s leaders have been coerced into accepting as the price for beginning talks with the PLO.


There isn’t justice in nature. Sometimes evil people do terrible things and escape punishment, even thrive. This brute fact has prompted countless pages of philosophical and theological discourse. But one thing that is not in doubt is that it is one of the functions of civilization to try to bring some order out of this moral chaos by imposing justice.

Hence one of the seven Noachide laws — one of the moral principles that Judaism recognizes as a requirement for any civilized nation, Jewish or not — is to establish courts of law. Subverting justice, then, is one of the worst crimes a person can commit.

PM Netanyahu fell into a trap set for him by Barack Obama, perhaps payback for the humiliation Obama suffered in May 2011, when Bibi dared to publicly instruct the ‘leader of the free world’ about “Middle East reality.”

Now Obama has handed him a “Sophie’s choice,” a moral dilemma in which both forks are horrible. Should he release the prisoners, cause immense pain to the families of their victims, damage Israel’s honor and deterrence, and subvert the legal system that condemned them (and by the way, destroy his own reputation and political career)? Or should he tell Obama to go to hell and expose Israel to whatever consequences were threatened?

Bibi has made his choice. History will judge him. 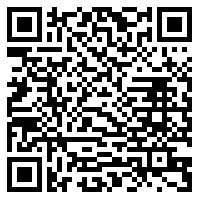