While Palestinian Authority President Mahmoud Abbas was meeting in his office in Ramallah with Shelly Yachimovich, chairwoman of Israel’s opposition Labor Party, his Fatah faction was busy threatening Palestinians who meet with Israelis.

That Abbas continues to meet with Israelis on a regular basis in Ramallah does not seem to bother Fatah.

Nor does Fatah seem to be bothered that Palestinian security officers work closely together with their Israeli counterparts. That is called “security coordination” between the Palestinians and Israel.

But when Palestinian youths are invited to meet with Israelis as part of an interfaith dialogue project, Fatah is quick to issue denunciations and threats.

When Palestinian and Israeli teenagers are invited to play football together as part of a project to promote peace and coexistence, Fatah is also quick to react.

But Fatah has no problem when Abbas or any top Palestinian official meets with Israelis.

Nor does Fatah have a problem with some of its senior representatives carrying Israeli-issued VIP cards that grant them various privileges that are denied to most Palestinians, such as permission to enter Israel and avoid waiting at Israel Defense Force checkpoints.

Palestinian youths from Hebron, though, who met with Israelis near Bethlehem to share their problems and insights have been forced to issue a statement distancing themselves from the meeting.

Following threats from Fatah, which condemned the event as a form of “normalization” with Israel, the Palestinian participants claimed that they had been “misled” regarding the true goals of the meeting.

This claim was clearly issued because of the “anti-normalization” campaign waged by Fatah over the past few years. This is a campaign that — in the context of “peace” and “coexistence” projects that are often sponsored and funded by the European Union and the U.S. — aims at banning meetings between Israeli and Palestinians.

The most recent victims of the anti-normalization drive are Palestinian boys and girls who committed the “crime” of playing in a football match against Israeli teenagers. When pictures of the match appeared in the media, Fatah rushed to issue threats against the Palestinian players and those behind the tournament.

Organizers of the “anti-normalization” campaign, most of whom belong to Abbas’s Fatah faction, have been boasting that, in recent years, they have succeeded in thwarting dozens of planned meetings between Israelis and Palestinians.

But Fatah has not condemned its own leader, Abbas, for meeting with Yachimovich and other Israelis.

The real problem here is that Abbas himself has not come out against Fatah’s campaign of intimidation and threats. By remaining silent, Abbas in fact appears to have endorsed the “anti-normalization” campaign — at least so long as its does not affect him personally.

The Fatah activists who are threatening Palestinian teenagers and youths for talking to Israelis and playing football with them are the same people who claim, at least in public, that they support the peace process with Israel.

But how can there ever be a peace process when any Palestinian who meets with an Israeli is immediately denounced as a traitor? It is worth noting that most of these denunciations are coming from the “moderate” Fatah, and not from Hamas.

It now remains to be seen how Fatah will react if and when U.S. Secretary of State John Kerry persuades Abbas to return to the negotiating table with Israel. Will Fatah condemn Abbas for advocating “normalization with the Israeli enemy” when he sits at the negotiating table? Or will Fatah continue to go only after Palestinian boys and girls who just want to have fun and play football? 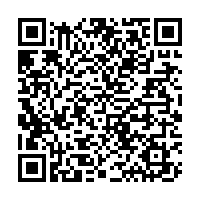