The downfall of the Muslim Brotherhood regime in Egypt has raised fears in Jordan that the Islamists may try to export their crisis to the Hashemite Kingdom of Jordan, one of the first Arab countries to voice support for the bloodless coup that toppled the regime of Mohamed Morsi.


Although King Abdullah appears to have been relieved by the collapse of the Muslim Brotherhood regime in Egypt, he nevertheless has good reasons to be concerned about increased attempts to undermine his monarchy.

Signs of the impending trouble awaiting King Abdullah emerged in the past few days as supporters of the Muslim Brotherhood recruited Syrian refugees in Jordan to take part in pro-Morsi rallies in Amman and other cities.

Like Palestinian Authority President Mahmoud Abbas, who is undoubtedly hoping that Morsi’s ouster will undermine his rivals in Hamas, Jordan’s King Abdullah sees the newest revolution in Egypt as a blow to his political foes in the Jordanian branch of the Muslim Brotherhood.

Hamas and Jordan’s Muslim Brotherhood indeed appear to have suffered a major setback as the result of the loss of their patrons in Egypt.

King Abdullah and his loyalists now apparently fear that Egypt’s Muslim Brotherhood is currently working on a plan to stir unrest in Jordan in order to undermine, or possibly overthrow, the monarchy there in retaliation for the ouster of Morsi.

The ultimate and declared goal of the Islamists, of course, is to replace the monarchy with a radical Islamist state that would be a source of instability in the region and pose a threat to Israel, the US and moderate Arabs and Muslims.

Without massive and immediate financial and military aid from the West and oil-rich Gulf countries, Jordan will not be able to withstand the threat from the Muslim Brotherhood and its allies.

As a precautionary measure, the Jordanian authorities have strengthened security cooperation with Egypt’s General Intelligence Service and army to thwart any attempt to destabilize the kingdom’s security.

In the context of these efforts, King Abdullah this week dispatched his foreign minister, Naser Judeh, to Egypt’s capital, Cairo, for urgent talks with Egypt’s new rulers.

According to the Jordanians, Judeh travelled to Cairo to express Jordan’s support for Egypt’s “prosperity and progress.”

Judeh also delivered a letter from King Abdullah to Egyptian Interim President Adli Mansour “affirming Jordan’s support for Egypt in overcoming the circumstances it is going through and preserving its security and stability.”

In addition to increasing security and political coordination with the new rulers of Egypt, King Abdullah has also unleashed a media campaign to discredit Jordan’s Islamists.

Several Jordanian political analysts and columnists affiliated with the Hashemite monarchy have been recruited to the campaign.

One of them, Mahmoud Kraishan, wrote that Jordan’s Muslim Brotherhood needs to “learn the lesson and reassess their policies.”

He also called on the Jordanian security authorities to be on alert for “opportunists and blood lovers who seek to undermine the kingdom’s stability.”

“Some of the leaders of the Muslim Brotherhood in Jordan have displayed a radical and hostile stance against the kingdom through statements based on curses, vituperation, insults and calls for jihad and killing of people,” al-Khatib wrote. “We all remember the fatwa [Islamic religious decree] issued by Sheikh Mohamed Abu Fares, who ruled that anyone killed during demonstrations held by the Muslim Brotherhood [in Jordan] is a shaheed [martyr], while those killed while confronting the protesters will go to hell.”

Many in Jordan fear that the Islamists in their country are, at the behest of their patrons in Egypt, planning violent protests that could plunge the kingdom into a state of chaos and anarchy similar to the one prevailing nowadays in the Sinai Peninsula.

Americans Offer to Take 100 Lashes Each for Saudi Blogger

Can Saudi King Salman Remember Where the Throne Is Sitting?

The Day Jews Prayed in a Minyan on the Temple Mount

God and the Pfizer Vaccine 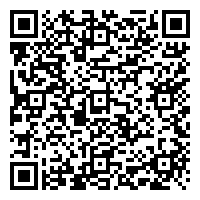