The Palestinians have spent the past few months trying to persuade the international community, including Arab countries, to help prevent Israel from applying its sovereignty to portions of the West Bank.


Now that one of these countries – the United Arab Emirates – succeeded in striking a deal with Israel, according to which the Israeli plan to extend Israeli law to more land would be suspended, the Palestinians are waging an unprecedented campaign of defamation against the UAE and its de facto leader, Crown Prince Mohammed Bin Zayed.

Instead of thanking the UAE for managing to suspend the Israeli plan, Palestinians are protesting against the UAE because of its decision to normalize its relations with Israel. Palestinians have been burning UAE flags and photos of Bin Zayed and denouncing him as a “traitor,” as well as accusing him of “stabbing the Palestinians and Arabs in the back” and “betraying Al-Aqsa Mosque, Jerusalem and the Palestinian cause.”

The anti-UAE campaign, spearheaded by the Palestinian Authority (PA) and its president, Mahmoud Abbas, is being waged under the banner “Normalization [with Israel] is Treason.”

This is the same Palestinian Authority whose leaders signed the Oslo Accord with Israel in 1993, engaged in peace talks with Israelis for nearly 20 years, ostensibly recognized Israel’s right to exist and, until recently, even conducted security coordination with the Israeli security forces in the West Bank.

Abbas’s ruling Fatah faction, often described by Westerners as a “moderate” and “pragmatic” Palestinian group, has been leading the Palestinian campaign of incitement against the UAE and Crown Prince Mohammed Bin Zayed. In a series of posts on social media, Fatah has published photos and videos of Palestinians trampling and burning photos of Bin Zayed, as well as a series of cartoons depicting the UAE-Israel deal as an act of treason and betrayal of Arabs and Palestinians.

Fatah has even boasted that one of the anti-UAE protests, in which Palestinians chanted slogans denouncing Bin Zayed as a “traitor,” was held during Friday prayers at the compound of Jerusalem’s Al-Aqsa Mosque. Members of Fatah appear delighted to see Palestinians trampling and burning the photo of an Arab Muslim head of state at the third-holiest site in Islam after the cities of Mecca and Medina in Saudi Arabia.

By holding a political protest at the compound of the Al-Aqsa Mosque, Palestinians are not only desecrating the sanctity of the site, but also sending a warning to citizens of UAE not to visit Jerusalem or the mosque, as many apparently hoped to do.

The Joint Statement of the United States, Israel, and the UAE on August 13 points out that according to President Donald J. Trump’s Vision for Peace, “all Muslims who come in peace may visit and pray at the Al-Aqsa Mosque, and Jerusalem’s other holy sites should remain open for peaceful worshippers of all faiths.”

The Palestinians, however, have long been threatening Arabs who visit Jerusalem and Al-Aqsa Mosque at the invitation of Israel. Last year, a Saudi journalist, Mohammed Saud, was attacked by Palestinians when he visited the site. Wearing his traditional Gulf Arab clothing, Saud was filmed being chased out of the Old City of Jerusalem as Palestinians threw plastic chairs, hurled insults at him and accused him of being a traitor and a Zionist.

The Fatah-dominated Palestinian Journalists Syndicate strongly condemned Saud’s visit and underlined that the Arab Journalists’ Federation “rejects all types and forms of normalization with the Zionist enemy.”

In 2017, as well, Palestinians expelled a Bahraini delegation visiting Al-Aqsa Mosque on the pretext that its 24 members came to Jerusalem to “normalize and strengthen ties with Israel.”

UAE citizens who are expected to visit Jerusalem and Al-Aqsa Mosque will most likely receive the same treatment by the Palestinians. It is also worth noting that Palestinians have in the past few years waged a similar campaign of incitement and intimidation against Jews visiting the site.

The anti-Jewish campaign began shortly after Abbas stated in 2015:

“We welcome every drop of blood spilled in Jerusalem. This is pure blood, clean blood, blood on its way to Allah. With the help of Allah, every Shaheed (martyr) will be in heaven, and every wounded will get his reward. Al-Aqsa is ours, and the (Church of the) Holy Sepulcher is ours, all ours. They (the Jews) have no right to desecrate them with their filthy feet and we won’t allow them to.”

By endorsing and encouraging the anti-UAE protests, Abbas and Fatah are sending a warning to all Arabs and Muslims who want to make peace with Israel that the Palestinians will not allow them to visit Al-Aqsa Mosque. Abbas may now have to update his 2015 statement to add the citizens of the UAE to the Jews he has accused of “desecrating with their filthy feet” the mosque.

Some Palestinians have already made it clear that they intend to expel from the mosque Muslim worshippers visiting from the UAE. “Our brothers in the Emirates put our blessed mosque in the grip of death,” said Kamal Attoun, a Palestinian merchant from the Old City of Jerusalem. Asked if he would welcome Muslims from the UAE or the Gulf, Attoun said: “You’ve seen how collaborators from the Saudi Arabia have been received in the past. The same fate awaits the Emiratis.”

This warning shows that the Palestinians believe they have exclusive control over Islam’s third-holiest site and are free to decide who can visit the site and who cannot. It is therefore the right time for Arabs and Muslims to step in to demand an end to Palestinian hegemony over Al-Aqsa Mosque and other holy sites in Jerusalem.

The Palestinians’ ferocious campaign against the UAE is likely to further strain their relations with other Arabs, particularly the Gulf states. The campaign will also increase the Palestinians’ isolation in the Arab world and place them on a collision course with influential countries such as Bahrain and Oman, which have welcomed the UAE-Israel agreement for normal relations. Azzam al-Ahmed, a senior PLO and Fatah official, claimed that the positive reaction of some Arab countries to the UAE-Israel accord “weakens the Palestinian position and is a betrayal of Palestine and Jerusalem.”

By coming out against the UAE and other Gulf states, the Palestinians are repeating the big mistake they made in 1990, when they supported Saddam Hussein’s invasion of Kuwait. Of the 400,000-450,000 Palestinians who had lived in Kuwait before the Iraqi invasion, about 360,000 ended up in Jordan. Arab leaders who are now seeing Palestinians burn the photos of Crown Prince Ben Zayed will say to themselves, “After all the money and jobs we gave them in the past few decades, these Palestinians are ungrateful.” 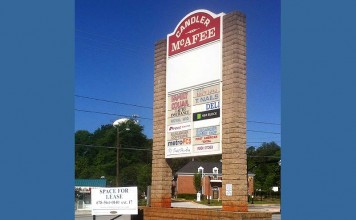 McAfee Shutting Down Its Israeli Development Center, 60 Laid Off 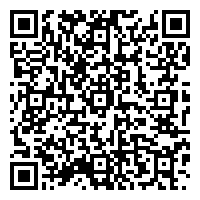