Mohammed Majdi Wahbeh, a three-year-old Palestinian boy from the Nahr al-Bared refugee camp in northern Lebanon, is the latest victim of apartheid and discriminatory laws targeting Palestinians in an Arab country.


Wahbeh was pronounced dead this week after Lebanese hospitals refused to receive him because his parents were unable to cover the cost of his medical treatment. According to reports in the Lebanese media, one hospital asked the boy’s family to pay $2,000 for his admittance. The boy had been in coma for three days before his death, but no hospital agreed to receive him because his family could not afford to cover the expenses of his treatment.

The death of the Palestinian boy at the entrance to the hospital has sparked a wave of anger among many Lebanese and Palestinians. Addressing the Lebanese Minister of Health, Ghassan Husbani, Lebanese journalist Dima Sadek wrote on Twitter:

“Mr. Minister, as residents, we ask you: Why did a three-year-old boy die at the entrance to a hospital, and who issued the order to prevent him from being admitted? Doesn’t your ministry bear responsibility? Since when does an illness differentiate between a Palestinian boy and a Lebanese boy? What is your responsibility with regard to this crime?”

Prominent Lebanese journalist and TV host, Neshan Der Haroutiounian, posted a video on social media of the dead boy lying on a hospital bed, his grandmother crying nearby. In the video, the grandmother complains: “No one cares about us the Palestinians.” In a tweet accompanying the video, the journalist wrote: “This Palestinian boy died in Lebanon. He was three years old.”

Rabia Zayyat, another famous Lebanese journalist, took to Twitter to express her outrage.

“Oh My God! How can a boy die at the entrance to a hospital because of a bunch of dollars? If the hospital has no mercy, couldn’t its administration have phoned an official to cover the cost instead of the money spent on a party or banquet? How can we continue to live in a country that doesn’t acknowledge human rights?”

Hussein Banjak, a Lebanese resident, also expressed outrage and disgust over the death of the boy because of his family’s inability to pay the cost of his treatment:

The Lebanese Ministry of Health said in a statement that the Palestinian boy had previously been admitted to three different hospitals, where he had undergone surgery on his head. According to the ministry, Wahbeh was admitted to the Tripoli Government Hospital on December 17. The statement continued that his previous medical bills had been covered by the United Nations Relief and Works Agency for Palestine Refugees (UNRWA). “He died inside the hospital,” the ministry said, denying claims that he has died at the entrance.

The ministry’s statement lays the blame at the door of UNRWA for refusing to cover the cost of his admission to the last hospital.

UNRWA, for its part, has denied responsibility: representatives said that it had provided financial and medical coverage for the boy. According to the agency, the doctors tried to transfer Wahbeh to a pediatric intensive care unit in another hospital, but were told that there was no room in any of Lebanon’s hospitals.

To protest the death of the boy, Palestinians in Nahr al-Bared camp took to the streets, where they burned tires and blocked roads as they chanted slogans condemning both UNRWA and the Lebanese authorities for their failure to save the boy’s life.

The tragedy of the Palestinian boy was not the first of its kind in Lebanon. In 2011, another Palestinian boy, Mohammed Nabil Taha, age 11, also died at the entrance to a Lebanese hospital, after doctors refused to receive him because his family could not afford to pay for medical treatment.

The latest failure serves as a reminder of the apartheid and discrimination Palestinians face in Lebanon. According to various human rights organizations, Palestinians there suffer systematic discrimination in nearly every aspect of daily life. They are prohibited from working in most professions, including medicine and transportation.

According to the Office of the United Nations High Commissioner for Refugees (UNHCR):

Lebanon’s leaders, however, appear to be living in denial and engaging in deception. Instead of acknowledging that Palestinians suffer from discrimination and apartheid in this Arab country, the leaders of Lebanon are trying to point an accusatory finger at Israel. Several Lebanese leaders, including President Michel Aoun, continue to accuse Israel of practicing “racism” against Palestinians.

These accusations represent the height of hypocrisy on the part of an Arab country that denies Palestinians most basic rights. By shifting the blame to Israel, the leaders of the apartheid regime in Lebanon are trying to cover up for their mistreatment and discrimination of the Palestinians living among them.

A country that denies urgent medical treatment to a three-year-old boy is not entitled to continue lying to the world that it supports the Palestinians and their cause.

Finally, the question that arises whenever one hears about such tragedies is: Where are all the international human rights organizations and pro-Palestinian groups around the world that feign concern for the suffering of the Palestinians? Will they remain silent over the neglect of Wahbeh because because he died in an Arab country and Israel had nothing to do with his death? 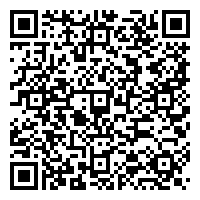