During a press briefing on April 1, US State Department Spokesperson Ned Price talked about the upcoming Palestinian elections and the “two-state solution.” On the elections, the first in 15 years, Price said:

“The exercise of democratic elections is a matter for the Palestinian people to determine. We note that the US and other key partners in the international community have long been clear about the importance of participants in that democratic process, renouncing violence and renouncing terrorism, recognizing Israel’s right to exist.”

Two days later, the Palestinian Central Elections Commission announced that 36 lists have submitted electoral slates for the parliamentary elections, scheduled for May 22.

Although the candidates have still not announced their political platforms, it is already evident that some of them have no intention of complying with the wishes of the State Department about “renouncing violence and terrorism” or accepting the “two-state solution.”

Representatives of some of the lists running in the election, in fact, are promising the exact opposite. They are saying that they are committed to continuing the fight against Israel and have absolutely no intention of recognizing Israel’s right to exist.

Two of those lists belong to Hamas, the Islamist movement ruling the Gaza Strip, and the PLO’s Marxist-Leninist Popular Front for the Liberation of Palestine (PFLP).

The Hamas list, named “Jerusalem is Our Destiny,” has been approved by the Palestinian Central Elections Commission, although the leaders of the Islamist movement say they do not recognize the Oslo Accord signed in 1993 between Israel and the PLO.

It is worth noting that the elections are being held in accordance with the 1995 Israel-Palestinian Interim Agreement (Oslo II), in which the two sides reaffirmed “their desire to achieve a just, lasting and comprehensive peace settlement and historic reconciliation.”

Hamas and the PFLP have rejected all the agreements signed between Israel and the PLO, including the Oslo Accords. Yet, these terrorist groups have no problem running in an election held under the umbrella of the Oslo Accords.

In fact, Hamas and the PFLP seem to be using the Oslo Accords as a Trojan horse to try and take over the Palestinian parliament and government. The two groups are strongly opposed to any peace agreement with Israel and do not recognize Israel’s right to exist. Hamas and the PFLP, however, have no problem using the Oslo Accords as a tool for participating in the elections.

The enemies of peace, in other words, are using a peace agreement to advance their goal of destroying the prospects of a peace process between the Palestinians and Israel.

This dangerous exploitation of the Oslo Accords, however, does not seem to bother the US administration or the European Union when they talk about the need for the Palestinians to have free and democratic elections.

The leaders of Hamas and PFLP, meanwhile, are unambiguous about their intentions.

Sami Abu Zuhri, a spokesperson for Hamas, said that his group chose the name “Jerusalem is Our Destiny” to drive home the point that the officially designated terrorist group to which he belongs has not changed its policies toward the Israeli-Palestinian conflict, especially the refusal to accept Israel’s right to exist and the desire to replace it with an Islamic state.

“This list proves that Hamas’s convictions and policies have not changed,” Abu Zuhri said. “Hamas fully believes that its true destination is toward Jerusalem and that soon there will be a decisive battle to defeat [Israel] and it expel it from our land.”

According to Abu Zuhri, Hamas is running in the election to “prepare, with all strength, for the battle of Jerusalem.”

When Abu Zuhri talks about “expelling Israel from our land,” he is reaffirming Hamas’s commitment to its charter, which states:

“… the land of Palestine has been an Islamic Waqf throughout the generations and until the Day of Resurrection; no one can renounce it or part of it. There is no solution to the Palestinian problem except by Jihad [holy war]. We must spread the spirit of Jihad among the Islamic Umma, clash with the enemies and join the ranks of the Jihad fighters.”

The Hamas official is openly admitting that his group is running in the election partly to wage war on Israel.

Needless to say, Abu Zuhri and the Hamas leadership are sending the following message to the State Department spokesman: If you think Hamas will renounce violence and terrorism or accept the so-called two-state solution, you are sadly deluding yourself.

Palestinian researcher Walid Khaled has pointed out that the Hamas electoral list includes several terrorists who are “heroic prisoners and symbols of Jihad for this great people.”

The Hamas terrorists held in Israeli prisons, Khaled announced, “are the model that generations adore, and families raise their children to emulate and follow them.”

As to why Hamas chose to name its electoral list after Jerusalem, Khaled said: “Jerusalem is our destiny because there are no half-solutions with this entity [Israel]; it is neither a neighbor nor a partner, but an enemy.”

Another Hamas official, Fawzi Barhoum, also acknowledged that his group was in the election to launch a war on Israel: “We will continue our struggle and resistance until the liberation of Palestine, Jerusalem and Al-Aqsa Mosque.”

Similarly, the PFLP, whose representatives are running in the election under the slogan “Beat of the People,” has also made it clear that it is planning to use the Oslo Accords as a Trojan horse to destroy the same accords. Explaining its decision to contest the elections, the PFLP said:

“The Popular Front for the Liberation of Palestine continues its categorical rejection of the Oslo Accords and demands that the Palestinian Authority cancel this agreement and sever its relations with [Israel]. We categorically refuse to recognize the Zionist entity.”

Like Hamas, the PFLP also vowed to pursue the fight against Israel “until the liberation of all of Palestine” — in other words, all of Israel.

In light of the schism and internal squabbling in Palestinian Authority President Mahmoud Abbas’s ruling Fatah faction, which is running in the election under three different lists, groups such as Hamas and the PFLP, if and when the vote takes place, are short-listed to gain numerous seats in the Palestinian parliament. Such a victory would easily enable the two groups to become part of a new government coalition.

Under the current circumstances, it seems that Palestinians who support terrorism and do not accept the “two-state solution” are headed toward dominating the next Palestinian parliament and government.

The US and the rest of the international community are still capable of making one important move in this dangerous sequence of events: consider how their turning a blind eye to the participation of extremist anti-peace groups in the election contributed to the emerging nightmare scenario.

Now that the Hamas and the PFLP candidates have been approved by the Central Elections Commission, the US or the rest of the international community can prevent this plot from materializing by making it clear that they will not recognize any future Palestinian government with terrorists. This demand should be made before, not after the elections. 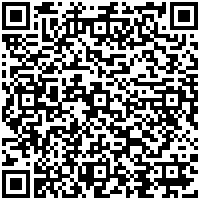