While international “human rights” organizations such as Amnesty International make false and baseless claims against Israel, most continue intentionally and systematically to ignore the human rights violations committed by the Palestinian Authority (PA).

A report published on January 29 by the Palestinian NGO International Commission to Support Palestinian Rights (ICSPR), which seeks to raise awareness of human rights among Palestinians, revealed that the year 2021 witnessed severe setbacks in the exercise of public rights and freedoms under the PA in the West Bank.


Ironically, human rights violations increased after PA President Mahmoud Abbas issued a decree on February 20, 2021 for boosting public freedoms ahead of the Palestinian parliamentary and presidential elections, which were supposed to take place on May 22 and July 30 respectively. Abbas later called off the elections, apparently out of fear that his ruling Fatah faction was set to lose the parliamentary vote, as it did in the last election in 2006.

Abbas’s decree called for “establishing an atmosphere of public freedoms in all the territories of Palestine, including the freedom to practice political and national activities.” The decree also called for “banning the detention, arrest, prosecution of, or holding to account, individuals for reasons relating to the freedom of opinion and political affiliation.”

The ICSPR report, however, found that despite the decree, last year sustained “grave violations and abuses” against Palestinians in the West Bank by the PA and its security forces.

The violations and abuses, according to the report, include Abbas’s decision to call off the elections on the pretext that Israel refused to allow the vote to take place in Jerusalem. Abbas had cited Israel’s alleged refusal as the only reason for his controversial decision to postpone the elections indefinitely.

The ICSPR report, however, emphasized that, contrary to Abbas’s claim, the PA leadership did not submit a request to the European Union for holding the elections in Jerusalem. Additionally, the PA leadership did not notify international parties of Israel’s alleged refusal to allow the elections to take place in Jerusalem, the group noted. The report stated:

“The decision to postpone the elections was most likely due to differences within the Fatah faction [headed by Abbas] and its fear of not achieving victory… The decision to delay the elections is an assault on the right of the Palestinian people to practice the democratic process.”

On July 5, 2021, ICSPR revealed, a number of female Palestinian journalists and political activists were beaten and arrested during a protest outside the PA police headquarters in Al-Bireh, the twin city of Ramallah, the de facto capital of the Palestinians.

“The data shows that there is an official [PA] policy to undermine freedom of expression through detentions or attacks on journalists and activists,” the report stated.

“The [Palestinian] judiciary was involved [in this policy] by extending the detention of dozens of human rights and anti-corruption activists, although the detentions were against the background of freedom of expression and peaceful assembly. A number of detainees had reported that they were beaten and denied fair trials.”

In August alone, the PA security forces committed 287 violations against Palestinians, including arbitrary arrests of a physicist, activists, lawyers and others. Ten detainees went on hunger strike in PA prison and the health condition of two others deteriorated as a result of torture. Moreover, another four Palestinians running in the parliamentary election complained that they had been assaulted by the PA security forces.

On December 22, 2021, Amir Al-Liddawi, a Palestinian from the city of Jericho, died of wounds he sustained while he was being chased by PA security officers during a reception for a Palestinian released from Israeli prison.

In two separate incidents, the PA security forces attacked mourners participating in the funerals of Jamil Al-Kayyal and Amjad Abu Sultan, who were killed during clashes with the Israeli army in Nablus and Bethlehem.

Another report, published on December 14, 2021 by Arab Reporters for Investigative Journalism (ARIJ), a media organization based in Jordan, also accused the Palestinian Authority of committing human rights violations, including torture.

The report pointed out that PA Prime Minister Mohammad Shtayyeh stated in February 2021 that the Palestinian security forces do not detain people for freely expressing their opinion.

“The truth, however, was far from that,” the ARIJ report said.

“In the same month, the Independent Commission for Human Rights recorded nine complaints related to political arrests made by the security services in the West Bank whose head is the prime minister himself as he is also Minister of Interior [in charge of the PA security forces].”

“Not a single case went without one or more instances of violation of procedures related to arrest, detention and fair trial guaranteed by the Palestinian Criminal Procedures Law and the Palestinian Basic Law of 2003.”

On January 31, US Secretary of State Antony Blinken spoke on the phone with Abbas. The two, according to the PA’s official news agency Wafa, discussed the latest developments in the Palestinian territories and bilateral relations between the Palestinians and the Americans. US State Department spokesperson Ned Price said:

Glaringly absent from this phone conversation with Abbas was mention of the scandalous human rights violations committed by the PA.

The Biden administration does not seem to be concerned with such violations, including the massive crackdown on Palestinian journalists and human rights activists. Unless the wrongdoing can be pinned on Israel, this administration clearly could not care less.

Blinken reportedly told Abbas that the Biden administration is committed to the “two-state solution.”

Under the current circumstances, the Biden administration is stating that it wants to facilitate Abbas’ creation of another Arab dictatorship that suppresses public freedoms and sanctions torture and intimidation.

The ICSPR and ARIJ reports show that the Palestinian dictatorship entity already exists and is actively arresting, torturing, and killing its critics. What else do Blinken and the rest of the international community need to hear before they stop trying to empower such abusive governance and instead heed the voices of these Palestinians? 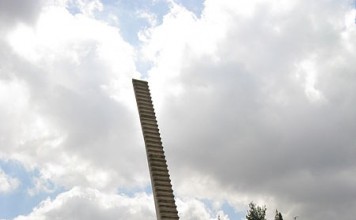 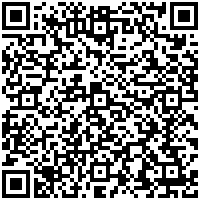