The bill is modeled after a 2015 law that was drafted by then Justice Minister Tzipi Livni and was later completed by her successor at the Justice Ministry, current Interior Minister Ayelet Shaked. The law was a temporary order with a three-year sunset and expired in 2018. MK Shitrit wants to extend it for another three years.

The explanatory portion of the bill states: “Given the significant increase of rock and Molotov cocktail terror attacks in Judea and Samaria, it is hereby proposed to enact a temporary order that sets a minimum punishment for the perpetrators of one-fifth of the maximum penalty.”

According to a report published in August 2021 by Im Tirtzu and Lavi, 99% of the cases involving rocks and Molotov cocktails in 2019 and 2020 resulted in plea deals or lenient sentences.

“Now is the time to test the coalition, specifically those who consider themselves right-wing, with action,” said MK Shitrit. “Several weeks ago, four members of the Siman-Tov family were injured from a rock-throwing attack while driving to the settlement of Eli. We were shocked to learn that IDF soldiers need to accompany Palestinians to school to prevent them from throwing rocks.”

Shitrit continued: “This is not only in Judea and Samaria: rock-throwing has also become a routine reality for bus drivers going to Eilat. This bill will put an end to light punishments and will create real deterrence. There is no coalition and opposition in this matter. Everyone needs to come together to save lives.”

Im Tirtzu CEO Matan Peleg, whose organization worked together with MK Shitrit on addressing the importance of the issue, said: “Contrary to the claims of certain government ministers and radical NGOs funded by foreign governments, the most concerning phenomenon occurring now in Judea and Samaria is the significant increase of attempts to murder Jews.”

Peleg continued: “Our soldiers are working night and day to catch the perpetrators, but once the IDF catches them they are let off with either a plea bargain or a lenient sentence as if rock-throwing is a game and not attempted murder. This is an important bill and everyone who considers themselves a Zionist needs to support it.” 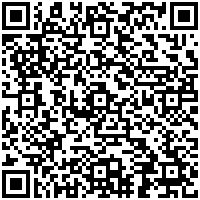