One of the arguments that is being raised against the British government’s recent decision to designate Hamas an extremist terrorist organization is that the Gaza-based movement, which does not recognize Israel’s right to exist, has changed and now supports the establishment of a Palestinian state next to Israel.

Opponents of the UK’s decision claim that in 2017 Hamas “softened its stance on Israel by accepting the idea of a Palestinian state in territories occupied by Israel in the six-day war of 1967.”


The purported change, they argue, was included in a new document announced by Hamas leader Khaled Mashaal at a press conference in Doha, Qatar. Mashaal was quoted as saying:

“Hamas advocates the liberation of all of Palestine, but is ready to support the [Palestinian] state on 1967 borders without recognizing Israel or ceding any rights.”

A year later, however, Mashaal said in an interview with the Qatari-owned Al-Jazeera television network that the document was “not a tactical or strategic change,” adding that Hamas has not changed or abandoned its 1988 charter. “We want to continue the resistance [against Israel],” the Hamas leader said.

There are three points that need to be taken into consideration when talking about the 2017 Hamas document.

First, the document reportedly depicting Hamas as a moderate group that accepts the “two-state solution” is a bluff intended to dupe the international community. As Mashaal himself explained, even if Hamas accepts a Palestinian state in the West Bank, Gaza Strip and east Jerusalem, that does not mean that it would ever recognize Israel’s right to exist. Hamas, in short, is saying: We will take whatever you give us now — starting with a Palestinian state — and we will use this to slaughter you.

Second, Hamas has not renounced violence and terrorism. In fact, it intends to continue the “resistance” and jihad (holy war) against Israel after the establishment of the Palestinian state with the purpose of “liberating all of Palestine.” When Hamas leaders talk about “resistance,” they are referring to the murder of Jews through various methods, including suicide bombings, stabbings, drive-by shootings and rockets fired from the Gaza Strip at Israeli cities and towns.

Third, the new document did not cancel or change the content of the Hamas charter, which, according to Hamas leaders, remains valid and relevant to this day.

Hamas’s representative in Iran, Khaled Qaddoumi, confirmed in 2017 that the Hamas document does not mean that his group “would give up any part of the land of Palestine” or halt its terror attacks against Israel. Qaddoumi clarified that the talk about Hamas accepting a Palestinian state in the West Bank, Gaza Strip and east Jerusalem was in the context of a plan to destroy Israel in phases.

Qaddoumi was asked: “We understand that you (Hamas) are seeking to liberate Palestine in phases?”

He replied by explaining that even if Hamas accepts a Palestinian on the pre-1967 lines, it will never recognize Israel’s right to exist:

“We don’t accept the concept of recognizing the Zionist entity in return for a Palestinian state. The concept we accept is one that says that you can liberate part of the homeland now in order to liberate the other part [later]. This is what Hamas means, and this is what happened specifically when the Gaza Strip was liberated, or when the Zionist entity was forcibly evicted from there. After [the Israeli withdrawal], we set out to build our [military] capabilities and equipment to embark on the comprehensive stage of liberation.”

This Hamas official deserves credit for one thing: being transparent about Hamas’s real goals. He’s also right regarding what happened after the Israeli withdrawal from the Gaza Strip in 2005. Although Israel withdrew from the entire coastal enclave, Hamas continued to fire rockets towards Israel.

Hamas and other Palestinians viewed the Israeli pullout as a retreat in the face of terrorism. In addition, they saw the Israeli move as a sign of weakness and an opportunity to use the Gaza Strip as a launching pad to “liberate the rest of Palestine” and drive the Jews not only out of their homeland, but also the entire region. This is exactly what Qaddoumi is referring to when he talks about Hamas moving towards the “stage of comprehensive liberation.”

Like most Hamas leaders, Qaddoumi, too, is saying that his group remains committed and loyal to its 1988 charter, which outlines the group’s strategy:

“The Islamic Resistance Movement (Hamas) believes that the land of Palestine has been an Islamic Waqf throughout the generations and until the Day of Resurrection; no one can renounce it or part of it, or abandon it or part of it. No Arab country nor the aggregate of all Arab countries, and no Arab King or President … have that right.” (Article 11)

Here is what the charter says about peace initiatives and plans to solve the Israeli-Arab conflict:

“[Peace] initiatives, the so-called peaceful solutions, and the international conferences to resolve the Palestinian problem, are all contrary to the beliefs of the Islamic Resistance Movement. For renouncing any part of Palestine means renouncing part of the religion… the movement educates its members to adhere to its principles and to raise the banner of Allah over their homeland as they fight their jihad [against Israel]… There is no solution to the Palestinian problem except by jihad.” (Article 13)

Hamas, of course, never misses an opportunity to remind its followers and the rest of the world that it remains faithful to the words of the prophet Mohammed, who said:

“The time will not come until Muslims will fight the Jews (and kill them); until the Jews hide behind rocks and trees, which will cry: O Muslim! There is a Jew hiding behind me, come on and kill him!” (Article 7)

While Hamas apologists are condemning the British decision to label it a terrorist organization, the leaders of the group continue to discuss their unwavering commitment to the destruction of Israel.

Days after the decision was announced, the Hamas leadership leader said in a statement published on November 29, 2021:

“Palestine — all of Palestine — from its [Mediterranean] sea to its [Jordan] river, is for the Palestinian people, and there is no place or legitimacy for strangers over any inch of it. The comprehensive resistance is a legitimate right guaranteed to us by all international laws, foremost among which is the armed resistance against the Zionist enemy that has usurped our land. Reversing the facts, and integrating the occupation in the region will not succeed, and the Zionist enemy will remain the main enemy of our Palestinian people and the Islamic nation.”

While Hamas supporters are saying that the British decision is harmful to the peace process between Israel and the Palestinians, the group’s leaders are continuing to talk about thwarting any form of normalization between Arabs and Jews.

On December 2, Hamas leader Ismail Haniyeh called for a “comprehensive plan to foil normalization” between Israel and the Arab world. “We must topple normalization and prevent this cancerous tumor from metastasizing to the body of the Islamic nation,” he said. The Hamas leader, in effect, is saying that his group, with the help of other Muslims, is determined to fight against peace treaties between Israel and the Arab countries.

Hamas, evidently, has not changed or “softened” its position towards Israel. In fact, the opposite is true. Since the 2017 document was announced by Mashaal, Hamas has fired thousands of rockets at Israel and carried out dozens of terrorist attacks against Israelis. The statements of Hamas leaders show that they dissemble less than many of their own apologists in the West, who claim that they understand Hamas better than Hamas understands itself.

Hamas apologists, especially non-Arabic speakers, should be paying attention to translations from Arabic to understand the true nature of Hamas and the statements made by its leaders. Perhaps that will prompt some of them to stop misrepresenting Hamas and twisting the facts — mainly, it seems, out of a hatred for Israel and a refusal to accept its presence in the Middle East. 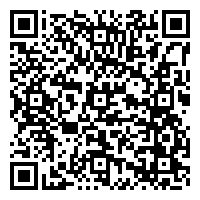