In the latest round of attempts to satisfy everyone regarding Haredi enlistment in the IDF (which, to remind you, was the reason behind then-Prime Minister Benjamin Netanyahu’s decision to disperse the Knesset and go to new elections back in 2019, ushering in his political defeat), the cabinet approved the proposal of Prime Minister Naftali Bennett, Defense Minister Benny Gantz, and Finance Minister Avigdor Liberman to examine lowering the age for exemption from IDF service for young men from the Haredi sector to 21.

However, the Haredi parties are busy enlisting opposition parties to vote down the bill when it is submitted for Knesset approval, and one must wonder why.


On Wednesday, Prime Minister Naftali Bennett and Defense Minister Benny Gantz announced their decision to establish an inter-ministerial team, to be led by the Prime Minister’s Office and the Defense Ministry, “to evaluate service arrangements in the IDF and the National Service, and formulate a new, broad and updated service plan that coordinates security and socioeconomic needs in Israel, including its various population groups, which would reflect a broad national consensus.”

Cabinet Secretary Shalom Shlomo and the chief of the Defense Minister’s staff, Ma’ayan Yisraeli, will chair the team, which will include members from the Justice, Finance, Economy and Industry, Social Equality and Defense Ministries, as well as from the Prime Minister’s Office. IDF and National Service Authority representatives will work with the team.

The extensive committee will debate the cabinet’s August 22, 2021 plan, whose basic components are:

“For decades the State of Israel has consistently chosen to cut off its nose to spite its face, i.e. out of anger over ultra-orthodox who do not serve in the IDF, they were also compelled not to join the labor market until they were older.

This is the long and correct road on behalf of the national interest. Integrating the Haredi sector into the employment market is a goal of the highest order, for all of us. I am personally moved; this is a historic move for the future of Israel.”

Meanwhile, Shas Chairman MK Aryeh Deri and United Torah Judaism Chairman MK Moshe Gafni have promised full mobilization of the opposition parties to vote down the bill. There are three reasons for that:

According to B’Hadrei Haredim, on Tuesday, MKs Deri and Gafni met with Joint Arab List Co-Chairmen, MKs Ayman Odeh and Ahmad Tibi, and the two Arab politicians promised their full support in killing the bill.

This would make it difficult for the coalition to secure a majority. On Monday, Defense Minister Gantz met with Ra’am Chairman MK Mansour Abbas and was unable to secure his committed support for the enlistment bill which, admittedly, has nothing to do with Arabs. Ra’am is debating whether to support the proposed bill out of loyalty to the coalition government – and risk raising the ire of the Haredim, who are their natural allies in the Knesset, Ra’am being a kind of Haredi Islamist party. MK Abbas is weighing letting his members vote their conscience.

This brings us to the Likud and Religious Zionism. Both parties have been trying (and succeeding) to grab votes from the Haredim. Supporting the bill and thus coming across as caring for the Haredi rank and file voters could be good for both right-wing parties. On the other hand, helping their hated counterparts in Yamina get a win is not in their DNA. We’ll keep you posted. 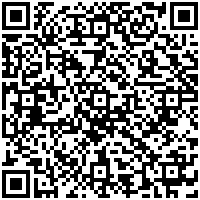