Palestinian leaders are continuing to show contempt for other Arabs, including those who for many years provided them with financial and political aid. Some Palestinian leaders are even indirectly inciting their people to carry out terrorist attacks against Gulf countries that engage in normalization with Israel.


On September 3, during a videoconference meeting of leaders of several Palestinian factions, Palestinian Authority President Mahmoud Abbas poured scorn on the Arabs of the Gulf states by hinting that they are illiterate and uneducated. “There are 13 million Palestinians, and they are all educated,” Abbas said in a speech he delivered from his office in Ramallah, the de facto capital of the Palestinians. “We don’t have illiteracy like others.”

Mueen Hamed, a representative of As-Sa’iqa, a pro-Syria Palestinian Ba’athist group, is one of several faction leaders who spoke at the conference from Beirut. Hamed, too, mocked the Gulf Arabs.

Referring to the recent normalization agreement between Israel and the United Arab Emirates, he said:

“We blame the United Arab Emirates and the [Arab] countries that support it. As our comrades said, the Palestinian people were responsible for the advancement of all the Gulf states from 1948 and until today. Everyone acknowledges that the Palestinian worker is the most active in the Gulf. [The Palestinians] taught them how to read and write and lead.”

Hamed pointed out that there are 400,000 Palestinians in the UAE “who are capable of changing the society of the Emiratis.”

The Arabs also rejected the Palestinian leaders’ claim that it was the Palestinians who contributed to the advancement and development of the Gulf states in the past five decades.

“The Palestinian factions have declared war on the Arabs,” commented a Saudi social media user called Al-Sagariah. “The merchants of the [Palestinian] issue are offending the Gulf.”

Some Gulf Arabs interpreted Hamed’s remarks as incitement to carry out terrorist attacks against the Gulf states. “This incitement makes the Gulf states wary of the Palestinians living on their lands,” wrote a Saudi social media user who calls himself inthe_shade911.

“[The incitement] authorizes the Gulf states to keep the Palestinians under constant security observation for fear that they might carry out terrorist acts under the direction of the Palestinian leaders. The funny thing is that Mueen Hamed called for armed actions against the Gulf, not Israel.”

Echoing the same fear, Saudi political researcher Emad Al-Mudaifer also accused the Palestinian faction leaders of inciting their people to launch terrorist attacks against the Gulf states. Commenting on the anti-Gulf statements of the faction leaders during the virtual conference, Al-Mudaifer warned: “This is an official declaration of the desire to carry out terrorist attacks by Palestinians residing in the Gulf.”

“I have decided to establish a company named after the [Palestinian] cause. I will bring a team of the best traffickers in causes, but I’m facing a dilemma who to appoint as the company’s president in wake of the fierce rivalry between Fatah and Hamas and their skills in trade. Who do you think is most fit to manage this company? Mahmoud Abbas or [Hamas leader] Ismail Haniyeh?”

Saudi journalist and author Shuja Al-Hothli also lashed out at the leaders of the Palestinian factions and accused them of destroying the lives of their people:

“The enemy of the Palestinian cause is not Israel, but the [Palestinian] comrades, the disgraceful merchants of Palestine, who don’t want the Palestinian issue to be resolved… Before you [Palestinian leaders] criticize others, you need to take a look at yourselves and your miserable situation and the condition of your people, whom you have destroyed.”

Hassan Sajwani, an Emirati businessman and political activist, said that the “Palestinian leadership and their factions have shown their real colors — inciting Palestinians living in the UAE to revolt against the UAE!”

Dr. Zayed Al-Amari, a Saudi strategist and political commentator, wrote that the Palestinian issue has become a means for Palestinian leaders to accumulate wealth. Al-Amari pointed out that former PLO leader Yasser Arafat has allegedly accumulated a wealth of $8 billion, while Abbas’s wealth is estimated at $6 billion. The wealth of former Hamas leader Khaled Mashaal is rumored to be $5 billion, while the wealth of his successor, Haniyeh, is said to be $4 billion US dollars, he disclosed. “There are more than 1,800 billionaires living in the West Bank alone,” Al-Amari noted.

It is not clear if these figures are true and it is possible that they are exaggerated. The point he and others are trying to make is that Palestinian leaders have accumulated huge personal fortunes, possibly in part thanks to donations from Western taxpayers and their unenquiring governments.

“The clown Abbas and other beneficiaries of the [Palestinian] cause have to review their positions and respect the Arab and Gulf countries, particularly those that gave them money for decades. The Palestinian leaders need to hold themselves to account and solve their problems alone. Abbas – stop trading [with the Palestinian issue].”

By alienating the Gulf Arabs, the Palestinian leaders are further ravaging their own people, especially those who live and work in these countries. Abbas has already wrecked the Palestinians’ relations with Israel and the US. By offending the Gulf states and depicting their residents as backward illiterates, Abbas and the leaders of the Palestinian factions are convincing yet more Arabs to stay as far away from Palestinians as they can. 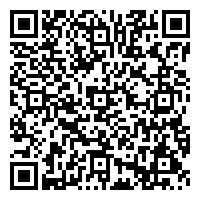