Such doctrine may sound cruel and uncivilized, but if the only alternative were a distinctly less credible US nuclear deterrent, explicit codifications of a countercity policy might well be the best available way to prevent millions of American deaths from an otherwise impending nuclear attack or act of nuclear terrorism. Neither preemption nor countercity targeting would necessarily provide adequate security for the United States and its allies, but it is now high time to put serious thinkers to work on these and related conceptual questions. At a time when our president draws his fundamental strategic policy options from distinctly improbable and wholly idealized visions of global nuclear disarmament, we Americans need a coherent, precise and realistic strategic nuclear doctrine, and we need it quickly.


Louis René Beres (Ph.D., Princeton, 1971) is the author of many major books and articles on nuclear strategy and nuclear war, including several of the first works on nuclear terrorism. Some of his early and current work has appeared in Special Warfare and Parameters, publications of the U.S. Department of Defense, and in the International Journal of Intelligence and Counterintelligence. Professor Beres is Strategic and Military Affairs columnist for The Jewish Press. 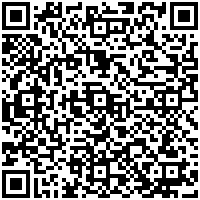