One of the goals we all share as parents and educators is to instill an appreciation for the mitzvah of tzedakah (charity giving) in our children.

I have found that one of the most effective methods of achieving this is to present young children with hands-on opportunities to participate in charity projects that are child-centered and age appropriate. There are those who take the attitude, especially as far as school-based programs for boys are concerned, that these are a distraction from limudim.


I beg to differ. In my opinion, this is an integral component of their limudim. And these projects breed a sense of communal achrayus (responsibility), teach true ahavas Yisrael, and engage children spiritually. Our great rebbe, Rav Avrohom Pam, zt”l, often spoke to us about the importance of giving 10 percent of our time for chesed activities, such as learning with a weaker classmate. I feel honored to pass on this message to my talmidim.

In Yeshiva Darchei Noam, where I serve as dean, we conduct chesed campaigns with our talmidim each year. The criterion I set for the programs are that all of our students can easily understand its objective, contribute something to it, and, quite literally, put their hands around the items they are donating.

Over the past 11 years we sent 400 toys to the children of Gilo, Yerushalayim, during the first few weeks of the 2000 intifada, built a playground for them in 2002, created a laptop lending library in partnership with the local Bikur Cholim for use by bedridden ill children, and sent 150 Israeli terror victims on an all-expenses-paid Chol Hamoed Pesach trip.

We also distributed hundreds of $20 Toys ‘R’ Us gift certificates to Tomchei Shabbos families to purchase afikoman gifts for their children, and in 2005, “adopted” a Gush Katif school, sending them school supplies, sports equipment and bicycles over two years following the Disengagement. In many of these projects, our talmidim wrote cards to the recipients of their gifts – and received many thank you cards from them in return.

While teaching our children to place money in a pushka (charity collection) box is a wonderful thing to do, it is difficult for a school-age kid – especially those in younger grades – to comprehend how those coins he/she parted with actually helped a needy person. Allowing kids access to the latter phases of the tzedakah chain is often far more meaningful to them.

For example, several years ago when we partnered with Tomchei Shabbos in our annual chesed drive, we purchased several hundred rolls of cake with the money we collected to add to each needy family’s box of Shabbos food. We placed the boxes of cake in the yeshiva hallway so the children could see what their money purchased. On Thursday evening, one boy from each class – selected by lottery – went with their fathers to the Tomchei Shabbos distribution center and helped place the cake in each of the boxes designated for the recipients. The next morning, each of the class representatives shared with their classmates their experiences from the previous evening.

When these activities are geared to children, they really “get it.” I will never forget the call I once got from the proud parent of a five-year-old talmid in our yeshiva. He was in Toys ‘R’ Us with his son purchasing a toy for the children of Gilo and suggested that they buy a soccer ball because Israeli kids love to play that sport. He was stunned when his son patiently explained to him that it would probably be wiser to buy indoor games because the children of Gilo could not play outdoors due to the gunfire from the nearby Arab village.

Over this past month, yeshiva parent Mrs. Ava Hamburger involved Darchei Noam talmidim in a project she has been working on for more than five years: sending food packages to Jewish-American soldiers stationed in the Mideast. Students of all grades sent dozens of Chanukah gifts and foodstuff to the troops, and a number of our general studies teachers used the opportunity to incorporate the letter writing as a practical component of their language arts curriculum.

When I noted earlier that children involved in chesed projects “get it,” I was referring to the fact that these activities trigger all sorts of wonderful, long-term chinuch lessons far richer and deeper than the isolated act of charity giving. For an idea of the impact activities like these has on children, here are two paragraphs from a self-created, unedited essay written by Zevi Shuster, a 5th grader in our yeshiva:

“Can you imagine how it would be if you were an American soldier stationed far from home, [and] away from family, during the Chanukah holiday? Surprisingly, one day you get packages and letters from Jewish children. Now you see that you are not alone and forgotten – and others care about you.

“Some may think you can only do kiruv with people in your own neighborhood, but Yeshiva Darchei Noam has shown that you can do kiruv as far away as Iraq. Not only that, but all the non-Jewish soldiers see how caring the Jews are. What a Kiddush Hashem!”

(Note to readers from Rabbi Horowitz: A significant portion of the gifts was sent for the use of all soldiers in those units – not only the Jewish ones.)

Chazal (sages) point out that the Hebrew root word “nasan,” which denotes giving, is a palindrome – meaning it reads the same forward and backward. This informs us that one who gives charity is rewarded by receiving bounty from Hashem. Here’s another application of this thought, namely that exposing your children to the beauty of enriching the lives of others is a gift that keeps on giving. They will apply the lessons learned, and grow into more sensitive adults imbued with nobility of spirit. 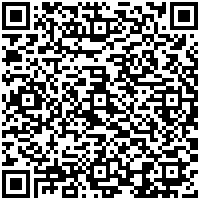