Significantly, these rare souls can seldom be found anywhere in politics, universities, or corporate boardrooms. Such souls are to be found, to be sure, but we must learn precisely where to look.

The strength and courage of a needed inner-directedness can never lie in holding an advanced degree, or in engaging others in assorted contests or contrivances of language. Indispensable qualities of originality must be sought, instead, in the complementary powers of intellectual independence, social justice, and spontaneous empathy.


Adam Smith saw in capitalism not just an admirably rising productivity but also the required foundation for political liberty. He also understood that a system of “perfect liberty” – what we might presently call an ideal democracy – could never be based upon a smug and facile encouragement of needless consumption. The inexorable laws of the marketplace, he reasoned, demand a palpable disdain for vanity-driven buying. For Adam Smith, the main problem of dangerously orchestrated hyper-consumption was not economic or political but psychological.

It was a problem of unresisted absorption into the mass.

For Adam Smith, contrary to widespread misunderstandings of his complex thought, “conspicuous consumption,” a phrase that would later be used by sociologist Thorsten Veblen, must never be taken as evidence of economic or political progress. It follows that while the crowd call of American democracy may remain loud, crass, and even disturbingly persuasive, we the people must keep up the struggle against the suffocating mass, purposefully, and, above all, as authentic individuals.

Then we Americans could perhaps lay bare the essential ingredients of a democracy that offers more than the sum total of individual souls fleeing breathlessly from themselves. Then, finally, we could fashion a democracy that is far more than a demeaning and ultimately destructive masquerade. 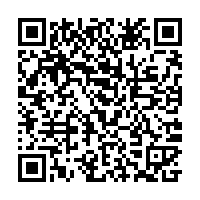