Over the years, regular readers of my column in The Jewish Press may have noticed a continuing regard for the concept of time. On the surface, it might not appear that chronology can possibly have much to do with war and terror. Some deeper reflection, however, should reveal several interesting and intimate connections. Moreover, much of what we can now learn about time, war and terror has its essential roots in original Jewish ideas of community. Here, in these Jewish prophetic visions, authentic community was actually defined by very explicit reference to existing in time under a transcendent G-d. Land and space were also important, to be sure, but derivatively; only because of the verifiably sacred events that would necessarily take place therein.

Time now has a great many different meanings. It certainly means very discrepant things to the very assorted players in world politics. Historically, the specific idea of felt time – of time as lived rather than clock time – also has its origins in ancient Israel. Deliberately rejecting the concept of time as mere linear progression, the early Hebrews approached chronology as a fully qualitative experience. Thus dismissed as something that can submit to abstract or quantitative measure only, time was understood in ancient Israel as something that is always logically inseparable from a distinctly personal content.

We can learn a great deal from this today. Drawing from this ancient Jewish wisdom, true chronology in understanding war prevention and counter-terrorism must now embrace more than the uniform intervals of clocks. For Israel, time must also be understood in the acknowledged and exquisitely meaningful terms of its enemies. What are these terms?

For Israel’s determined Islamist terrorist enemies, real time means something very different from what is measured by clocks. There is, therefore, an ironic but altogether noteworthy commonality between Israel and its enemies in the complex matter of time. For the still-expanding legions of Jihad, real time also has significant foundations in ancient Israel. Much as they would be loathe to admit it – and, more than likely, it is not a commonality they even recognize – these legions of death dutifully obey the manifestly subjective idea of felt time.

The idea of Jihad is not animated by any standard measures of duration. Not at all. If it were otherwise, and Israel’s enemies were to calculate solely or primarily in ordinary strategic and hence measurable terms, there would never be any cessation of Arab violence. Why would there be?

“Yesterday,” says Samuel Beckett in his analysis of Proust, “is not a milestone that has been passed, but a day stone on the beaten track of the years, and irremediably part of us, heavy and dangerous.” Newly aware that tomorrow will always be structured by “yesterday,” at least in part, and especially by the all-important memory of “yesterday,” Israel’s Prime Minister – beginning to think more conceptually – should finally be made aware that time is power. But this imperative will make sense only insofar as time is first correctly understood.

Presently, Mr. Olmert’s plan to capitulate to the so-called “Road Map” and to the corollary creation of “Palestine,” indicates that this crucial awareness is fading. Naturally, this capitulation has everything to do with the new $30 billion in military aid promised by Washington. Although this aid will surely be valuable to Jerusalem, in the end it will prove to have been a foolish exchange. In other words, the actual gain afforded by the aid will be overshadowed by the actual loss.

The subjective metaphysics of time, a reality that is never based on equally numbered moments, but rather upon particular representations of time as lived, should immediately impact the way in which Israel confronts its Arab/Islamic enemies. At a minimum, this means struggling to understand even more precisely the manner in which these enemies – both state and sub-state adversaries – live themselves within time. How then do they live in terms of chronology?

For Israel today, encumbered by the twisted cartography of a Road Map to a 23rd enemy Arab state called “Palestine,” the pertinent space-time relationship must necessarily be seen along two complex dimensions. Any planned further surrenders of territory by Israel will inevitably reduce the time that Israel still has left to resist certain mega-forms of both war and terror. Moreover, such surrenders, considered cumulatively, have already provided time to Israel’s enemies to await more perfect opportunities for eliminating the hated “Zionist entity.” It follows, in an apparent paradox, that time now best serves Israel’s enemies, and that it does this by both its diminution and its extension.

These are difficult ideas to grasp, especially for political and military decision makers unaccustomed to imprecise and “unscientific” modes of analysis. Nonetheless, there are many things that science can never understand, and that must therefore be understood according to very different but certainly not inferior forms of reasoning. A markedly greater awareness of the subjective metaphysics of time, a reality that is based not on equally numbered moments, but rather upon representations of time as lived, should impact the way in which Israel now confronts its principal terrorist enemies. This means, inter alia, struggling to fathom the manner in which these Islamist enemies (again, both state and sub-state) actually live within time. Ultimately, this has to do with conceptualizing the very precise religious obligations that are drawn from very particular Arab/Islamic interpretations of faith and law.

Let me be more “operational.” If Israel should determine that certain Jihadist terror groups and/or their state mentors now accept a very short time horizon in their plan for future attacks, its apt response to planned aggressions and materialized expectations would have to be correspondingly swift. If, on the other hand, it would seem that this time horizon is substantially longer, Israel’s defensive response could reasonably be more patient and less urgent. The exact duration of this enemy time horizon must always be determined by identifying the enemy’s own idea of divine expectation. It must now be Israel’s main task, therefore, to accurately determine this idea, an indispensable task that would also affect the way in which Israel may have to decide the increasingly critical trade-off between civil liberties and public safety.

LOUIS RENE BERES was educated at Princeton (Ph.D., 1971) and is the author of many major books and articles dealing with war, terrorism and international law. He is Strategic and Military Affairs columnist for The Jewish Press. 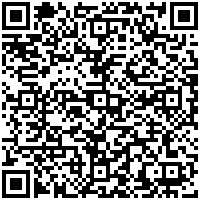