Congressman Alcee Hastings of Florida, chairman of the Helsinki Commission, said that during a recent trip to Poland he had, “met the director of the museum and been introduced to the extraordinary vision of this extraordinary museum.”

Mr. Hastings showed an appreciation for the need of the museum and asked poignant questions that were answered by the witnesses for the museum.

Representing the museum at the hearing held at the Rayburn House Office Building on Capitol Hill were: Under-Secretary of State at the Chancellery of the President of the Republic of Poland, Ms. Ewa Junczyk-Ziomecka; Ewa Wierzynska, deputy director of the museum, responsible for museum contacts with the Jewish community in the U.S. as well as museum promotion; and Mr. Sigmund Rolat, the chairman of the board of directors of the Museum’s North American Council.

Each witness gave a five-minute address detailing the vision, mission, physical attributes of the proposed museum as well as the importance of such an institution to exist in Poland.

Material that was submitted for the record at the hearing included plans of the building as well as the exhibits and how the budget will be used to build a unique museum using the latest technology to deliver the museum’s message to its visitors.

The goal of the museum is to highlight the 1,000 years of Polish Jewish history, not just the six years of the Holocaust. “When A Jew conjures up an image of the old shtetl it invariably takes place in Poland but when he thinks of Polish -Jewish relations he thinks of the Shoah and anti-Semitism,” one participant in the hearing said. “Actually both are true; the goal of the museum is to show both sides.”

But the target audience of the museum is not just Jews who come to visit Poland but, hopefully, a visit of the museum will become part of the curriculum of the school system in Poland. The goal is to educate young Poles about the Jewish heritage that had existed in Poland.

Chairman of the Board of Directors of the Museum’s North American Council, Mr. Sigmund Rolat, speaking at the hearing on Capitol Hill with Ewa Wierzynska and Ewa Junczyk-Ziomecka behind him.

Co-Chairman of the Helsinki Commission, Senator Benjamin L. Cardin, stated, “With a large number of Polish Americans and Jewish Americans of Polish origin, I believe that our country is also a stakeholder in the success of this endeavor This museum will serve as a living educational center that will contribute to combating anti-Semitism, bigotry and intolerance in all its forms.”

Congressman Christopher H. Smith of N.J. said that he has been following the development of the museum project for several years now. He explained that it was because of the obvious importance of the museum that he introduced HR3320, which authorizes five million dollars in support for the museum. The bill has already passed in the House of Representatives and is up for consideration in the Senate.

“Our contribution of five million dollars will be more then just a symbol of American commitment to religious freedom and it’s fight against anti-Semitism It will be a reminder of the historical ties that bind Polish Jews in the U.S. to their roots. I, for one, look forward to visiting the museum when it is completed and supporting what has been called a “restitution of Memory.”

After the hearing was officially over there was a very friendly informal reception in the Capitol building, in which professional and personal ties were further cemented. 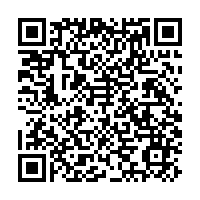