Historically, viewed against the background of extensive and unapologetic terrorist perfidy in both Gaza and Lebanon, Israel has been innocent of any alleged disproportionality. All combatants, including all insurgents in Gaza and Lebanon, are bound to comply with the law of war of international law.

This firm requirement derives not only from what is known as the “Martens Clause,” a paragraph that makes its first appearance in the Preamble to the 1899 Hague Convention No. II on land warfare, but additionally from Article 3, common to the four Geneva Conventions of August 12,1949. It is also found in the two Protocols to these Conventions.


In world politics, reason is often trumped by passion. It has always been easy to condemn Israel with rhythmic chants of “disproportionality.” Yet, competent legal scholars, if honest about their jurisprudential obligations, will acknowledge the illegitimacy of such contrived charges.

Until now, any seemingly disproportionate uses of force by Israel have actually been the permissible outcome of antecedent and perfidious crimes committed by its enemies.

What about charges, over the years, that Israel had committed “aggression” in its Lebanon operations? At Lebanon’s insistence, not Israel’s, a formal state of war has existed between the two tiny countries since the Jewish state first came into existence in May 1948. Only an armistice agreement exists between Israel and Lebanon. Signed on March 23,1949, this was not a war-terminating agreement, but a codified pledge to “cease fire.”

Faced with multiple and sometimes cooperating enemies on several fronts, who often make no secret of their explicitly genocidal intentions, Israel has adhered faithfully to the law of war. In starkly marked contrast to the conscious indiscriminacy of its terrorist foes in Gaza, Judea/Samaria (West Bank) and Lebanon, Jerusalem has struggled mightily to respect and honor this set of rules – significantly, a set with origins in the Hebrew Bible (Deuteronomy).

The core legal issue in recurrent Middle East conflict is not about Israeli “disproportionality,” or “aggression,” but rather a persistent Arab resort to terrorism and perfidy. Neither principal Palestinian faction has any effective reason to refrain from future terrorism against Israel. Already engaged in far-reaching diplomatic end-runs around Jerusalem, neither Fatah nor Hamas will ever require Prime Minister Netanyahu’s negotiated approval to proceed toward complete Palestinian sovereignty.

The UN could again take up the issue of membership for “Palestine.” Almost certainly, though any such consideration would likely not meet the more stringent requirements of statehood that were established at the 1934 Convention on the Rights and Duties of States (Montevideo Convention), a generally recognized and totally militarized Palestinian state would then become a reality. Should this UN conferral of sovereignty be implemented, Israel’s more limited future will be discoverable in Article 12 of the PA (Fatah) Charter, which calls for “the liberation of Palestine completely….” and in Article 19: “The struggle will not end until the elimination of the Zionist entity and the liberation of Palestine.”

As for the “less moderate” Hamas Covenant (Charter of the Islamic Resistance Movement), it begins with Israel’s annihilation: “Israel will exist and will continue to exist until Islam will obliterate it….” Worth noting, especially in view of what is happening in Egypt, the Covenant refers to Hamas as “one of the wings of the Muslim Brotherhood in Palestine.”

In the Middle East, wishful thinking is always perilous. Over time, Israel’s Arab enemies have generally not demonstrated any observable regard for compliance with the law of war. Once a new Arab state is carved out of Israel’s still-living body, “Palestine” would seize upon now vastly enlarged opportunities for inflicting war and terrorism. It follows that Jerusalem must do whatever it can to prevent Palestinian statehood. It can do this legally. 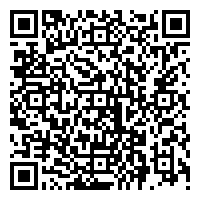