As we Jews know, there are no coincidences, no random happenings. As a matter of fact, in lashon hakodesh, the holy tongue, the very word “mikreh,” translated as “it happened,” actually means “kara mei Hashem” – “it happened from G-d.”

The concept of hashgachah pratis – guidance from above – is part of our Jewish faith. Everything is orchestrated, even if we are not aware of G-d’s Guiding Hand.


Every morning when we recite our berachos, we say, ““Blessed be the L-rd our G-d who arranges the footsteps of man.” Sadly, in our contemporary society we run so fast that the still small voice, the message from above –is no longer audible. We do not hear, we do not see. We keep “running” – even if we don’t know where.

Just ask someone, “Why are you running?” and he will look at you in disbelief. He believes he is living a “normal” life, and that answers it all. The insanity has become normal and, most tragically, we are unaware of anything being amiss.

The other day I asked our computer technician if he had seen the new iPhone, for which people stood on line the entire night and longer.

“So what is so special about it?” I inquired.

“Well, it’s faster than the previous one” he told me.

I tried to digest it all. Faster than the previous one. Where are people running? They stand on line for hours and hours, and spend money that very often they can ill afford, for a few minutes of “faster.” It’s madness – but we have become so addicted that we do not recognize it.

Was it only yesterday that people said a new world was dawning, a world in which gadgets would liberate man to pursue more worthwhile and meaningful goals? There were so many promises: the microwave, the fax machine, and of course the computer, which would revolutionize the world. It would free us from labor, our businesses would become more efficient, and the entire world would become one small village. Nations would become friendly neighbors. Yes, the hopes were endless.

Has it happened? Oh yes, call anywhere and a computerized voice will answer, instructing you to push this or that button, but a human voice that could help and guide you is never there. Yes, nations have become neighbors – but neighbors still bent upon destroying one another. Yes, the computer has liberated us – we need only push a button, Google, and it is all there. But in the process we have forgotten how to read and research a subject.

By every law of logic we should have so much more time on our hands, but we are busier than ever. Why? Who is robbing us of our time? That very same computer! We sit glued to the screen, and there are those who visit disgusting sites. We get into ridiculous, seductive, foul conversations with strangers who become our new friends. In the not-too-distant past parents could feel confident in the knowledge their children were in their rooms, safe and secure, but now, with the click of a mouse, those children can find themselves in the most corrupt and degenerate places that will scar them for life.

And he computer has become the fastest, most convenient means to spread lashon hara. You need only send out an e-mail or post something on a blog and in seconds you can destroy lives.

That which Hitler did over years, the computer does instantaneously, and all kinds of crazies learn how to kill, make bombs, blow up buildings. Their targets can be schools, movie theaters, shopping malls – the more people involved, the better.

I need not tell you the tragic and destructive consequences of our computerized, technology-dominated society. Every segment of society is affected.

An entire generation has grown up without learning how to talk. Children no longer call their parents or grandparents – they text! And they are not the only ones – husbands and wives, friends, relatives and business associates have stopped talking. The reason for it is simple: No one wants to hear the voice of the other.

I recall my dear, revered father, HaRav HaGaon HaTzaddik Avraham HaLevi Jungreis, zt”l, advising people in Yiddish: “Kein mohl, nisht ofen telephone” – “For important conversations, never on the phone!” And he proceeded to explain: “It is important to have eye contact and a warm loving expression on the face. It makes all the difference, especially when words of criticism are imparted.” 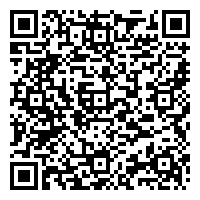