It’s farewell to the drawing-room’s civilized cry,
the professor’s sensible whereto and why,
The frock-coated diplomat’s social aplomb,
Now matters are settled with gas and with bomb.

“The more things change, the more they remain the same.” Rooted deeply in jihadist interpretations of Islam, there is an obvious and enduring inequality of objectives between Israel and its principal enemies. For all Palestinian insurgents, conflict with Israel is always “zero-sum,” always an all or nothing proposition.


In this starkly polarizing view of incessant strife between “the world of war” and “the world of Islam,” there can never be any proper place for authentic treaties or settlements with the Jewish state, save, of course, as a temporary tactical expedient.

For Israel, on the other hand, a negotiated peace with its Arab neighbors persists as an elusive but presumably plausible hope. This is true even when any prospect of Islamic reciprocity is evidently preposterous and historically implausible.

A fundamental inequality is evident in all expressions of the Middle East peace process. On the Palestinian side, Oslo and “Road Map” expectations have never been anything more than a cost-effective method of dismantling Israel. On the Israeli side, these expectations have generally been taken as a hopefully indispensable way of averting future war and terror.

The core problem of Israel’s life or death vulnerability lies in the Jewish state’s ongoing assumptions on war and peace. While certain of Israel’s regional enemies, state and nonstate, believe that any power gains for Israel represent a reciprocal power loss for them – that is, that they coexist with Israel in a condition of pure conflict – Israel assumes something else. For Prime Minister Netanyahu’s several immediate predecessors, relations with certain Arab states and the Palestinian Authority/Hamas were not taken to be pure zero-sum but rather a mutual-dependence connection. In this relatively optimistic view, conflict was always believed to be mixed with cooperation.

Israel may still believe that certain of its Arab enemies reject zero-sum assumptions about the strategy of conflict. Israel’s Palestinian enemies, however, do not make any such erroneous judgments about conformance with Israeli calculations. Further, these enemies know that Israel is wrong in its belief that certain Arab states and the Palestinians also reject the zero-sum assumption, but they pretend otherwise. There has remained, therefore, a dramatic and consequential strategic disparity between Israel and certain of its frontline Islamic enemies. Plainly, this disparity has remained undetected by the president of the United States.

Israel’s strategy of conflict has, at least in part, been founded upon multiple theoretical miscalculations and upon a stubborn indifference to certain primary and flagrant enemy manipulations. The exterminatory policies of Israel’s enemies, on the other hand, remain founded (a) upon correct calculations and assumptions and (b) upon an astute awareness of Israel’s strategic naiveté. More than anything else, this means Israel’s prime minister should now make far-reaching changes in the way Israel conceptualizes the revealing continuum of cooperation and conflict.

President Obama’s advice notwithstanding, a new Israel, ridding itself of injurious and disingenuous wishful thinking, should finally acknowledge the zero-sum calculations of its enemies, thus accepting that a constant struggle must still be fought at the conflict end of the spectrum. Earlier, this meant, especially in the case of Iran, primary attention to then still-plausible preemption imperatives. Now, however, such imperatives are more apt to be fulfilled, in steady increments, via apt forms of cyberwarfare and targeted killings than through more traditional sorts of military operations.

Left unexamined, Israel’s mistaken assumptions, and the combining of these assumptions with more correct premises of its enemies, could lethally undermine Israel’s survival. These still-remediable Israeli errors have had the additional effect of creating an odd “alliance” between Israel and its enemies. This is surely not the sort of coalition that can ever help Israel but is rather a one-sided and unreciprocated “pact” in which Israelis unwittingly and inexcusably serve the interests of their mortal enemies.

Obama’s advice notwithstanding, Netanyahu should not become the best ally Israel’s Arab enemies and Iran could ever hope to have. Rather, he should now seek to serve Israel’s long-term survival with real wisdom, supplanting the patently false assumptions that stem from persistently misguided hopes, with genuinely correct premises that are based upon sound reasoning. 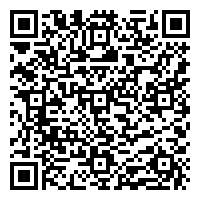